Loic Duval’s JDC-Miller Motorsports Cadillac edged to the top of the times by 0.012sec ahead of Kevin Magnussen of Chip Ganassi Racing in the final practice for the Rolex 24 Hours. 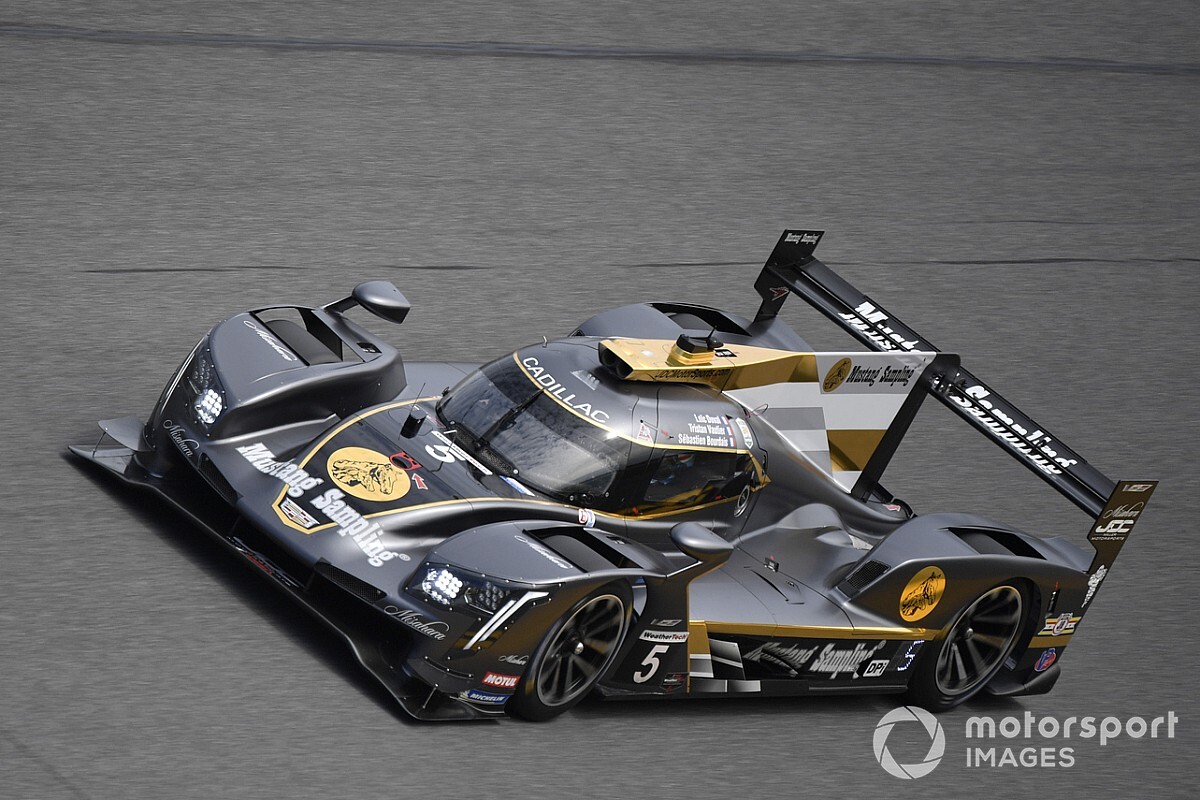 The top four cars – representing all three manufacturers involved in the DPi class –were covered by less than one-tenth of a second at the end of the one-hour final practice at Daytona for the season-opening round of the IMSA WeatherTech SportsCar Championship.

But it was JDC-Miller’s new fulltimer Loic Duval who emerged on top with a 1min35.085sec lap, beating F1 exile Kevin Magnussen in the similar Cadillac DPi-V.R of Ganassi.

They were just hundredths ahead of Oliver Jarvis in the Mazda RT24-P that ran only five laps today, having skipped almost all of last night’s practice while receiving scheduled maintenance of a new engine and gearbox. Filipe Albuquerque drove the Wayne Taylor Racing Acura ARX-05 to its top time, just 0.053sec off top spot.

The two Action Express Cadillacs of Pipo Derani and Kamui Kobayashi were 0.6 and 0.7sec down respectively, with Dane Cameron completing the field in the Meyer Shank Racing Acura, but an unrepresentative 1.7sec off the pace.

In LMP2, Nicolas Lapierre had a red flag-causing off at Turn 5 in the PR1 Mathiasen Motorsports Oreca which has looked to have an edge in speed throughout practice. That allowed John Farano to head the class in the Tower Motorsports by Starworks car, a tenth quicker than Ferdinand Habsburg-Lothringen in the High Class Racing entry and Tristan Nunez of WIN Autosport.

LMP3, as has come to be expected, was led by Jeroen Bleekemolen in the Riley Motorsports Ligier, while Rasmus Lindh finished the session in second for Performance Tech Motorsports. Third went to the highest-place Duqueine, that of Muelhner Motorsports and steered by Moritz Kranz.

Alessandro Pier Guidi slotted the Ferrari 488 of Risi Competizione marginally ahead of the WeatherTech Racing Proton Porsche 911 RSR to claim GTLM honors ahead of the Corvettes and BMWs.

The two Grasser Racing Lamborghini Huracans of Franck Perera and Mirko Bortolotti topped GT Daytona, ahead of the AF Corse Ferrari 488 of Daniel Serra, while Richard Westbrook gave TF Sport’s Aston Martin Vantage its most competitive showing of the week with fourth.

Pat Long was fifth in the Porsche 911 GT3 R of Wright Motorsports, ahead of the similar car of Team Hardpoint EBM, driven by Earl Bamber.

The 59th running of the Rolex 24 Hours at Daytona begins at 3.40pm local (Eastern) time on Saturday.