Toyota secured a front row lockout after final qualifying with its pair of TS050 Hybrids for the Le Mans 24 Hours, as its privateer rivals failed to best its times from the earlier session.

Kamui Kobayashi's best time from second qualifying in the #7 Toyota, a 3m15.497s, went unbeaten in the final two-hour session, as neither of the TS050 Hybrids improved on their earlier efforts.

It gives the Japanese driver, who shares the #7 machine with Mike Conway and Jose Maria Lopez, a second pole at La Sarthe in three years.

Egor Orudzhev secured third on the grid in the #17 car with a 3m16.159s, going seven tenths clear of the #11 car of Stoffel Vandoorne but still 0.682s shy of Kobayashi's benchmark.

Rebellion denied privateer LMP1 rival SMP a second-row lockout however when Gustavo Menezes posted a 3m16.404s in the #3 R-13-Gibson after a red flag delay caused by the #1 car.

Bruno Senna was at the wheel of the #1 when it suffered an engine blow-up before parking up at Arnage and causing a delay of some 15 minutes. Andre Lotterer had earlier improved the car's best time to a 3m16.810s, two tenths behind the second SMP car.

DragonSpeed's Gulf-liveried BR1 will start seventh thanks to Ben Hanley's time in first qualifying, which was 4.703s off the pace but still 2.9s up on the ByKolles ENSO CLM P1/01.

The French Graff squad came out on top in the battle for LMP2 class honours, as Tristan Gommendy edged out TDS Racing rival Loic Duval. 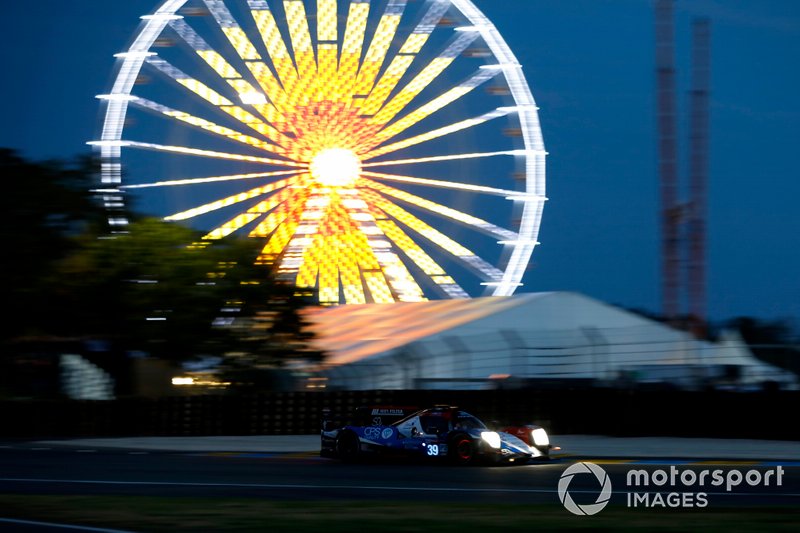 Nicolas Lapierre left it until the dying moments of the session to move up to fourth in the FIA World Endurance Championship LMP2 points-leading Signatech Alpine, ahead of the #48 IDEC Sport car, of Paul-Loup Chatin and the G-Drive Aurus-branded Oreca driven by Jean-Eric Vergne.

Best of the non-Orecas was once again the #22 United Autosports Ligier in seventh.

Aston Martin secured pole in the GTE Pro class ahead of Ford, Corvette and Porsche. 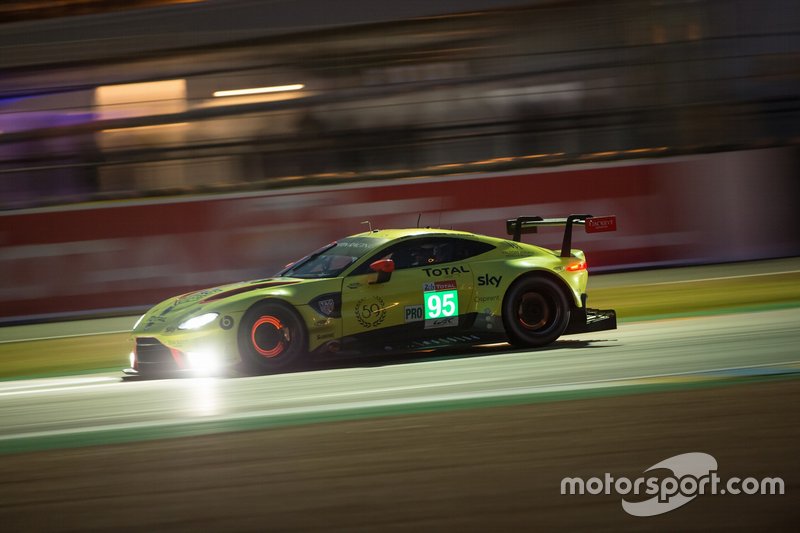 The best of the Porsche 911 RSRs was one of the CORE autosport-run IMSA cars, the #93 machine of Nick Tandy in fourth, which had been third until Garcia's last-gasp improvement.

BMW made it five different manufacturers in the top five thanks to Augusto Farfus's best lap in the #82 M8 GTE, but the sister machine was left down in 16th after Nicky Catsburg crashed at the Ford chicane.

Ferrari's top representative was the #71 488 GTE of Sam Bird in eighth, behind the #66 Ford GT of late improver Dirk Muller and the WEC points-leading #92 Porsche driven by Michael Christensen.

Porsche locked out the top three places in GTE Am, with Matteo Cairoli clinching pole for the #88 Dempsey-Proton car with a best time of 3m51.439s.

Matt Campbell was around two tenths slower in the sister #77 car, while Thomas Preining made a late move up to third in the #86 Gulf Racing Porsche, demoting the best of the Ferraris, the #84 JMW Motorsport car.