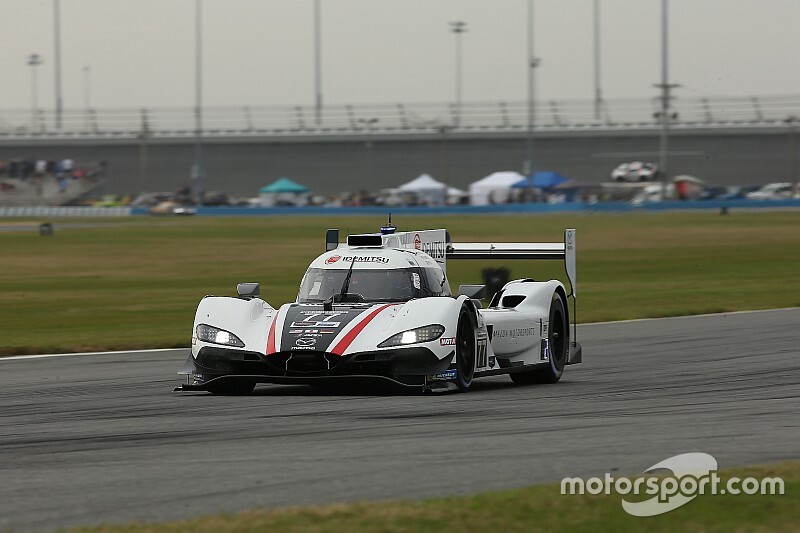 Oliver Jarvis took his second straight pole for the Rolex 24 Hours at Daytona, opening round of the 2020 IMSA WeatherTech SportsCar Championship, but the Prototype session was curtailed due to Ricky Taylor shunting his Acura ARX-05.

After setting a 1min33.711sec lap around the 3.56-mile course, Jarvis had already pitted his #77 Mazda RT24-P, comfortable in the knowledge that he’d beaten Juan Pablo Montoya’s #6 Acura by 0.443sec and Mazda teammate Jonathan Bomarito by 0.458sec.

Then all eyes turned to the Bus Stop chicane, where Taylor’s Acura, at that point lying seventh in the times, had suffered heavy nose damage.

The #7 Penske entry had bounced off the new curb at the first part of the chicane, landed with its wheels pointing the wrong way and had too much momentum for former IMSA champion Taylor to gather up the car before it plowed over the grass and into the tire wall. Taylor alighted without aid, and surveyed the heavy front-end damage before being taken to the medical center for a check-up.

The JDC-Miller MotorSports Cadillacs of Tristan Vautier and Joao Barbosa were sixth and eighth, 0.743 and 1.336sec off the ultimate pace. 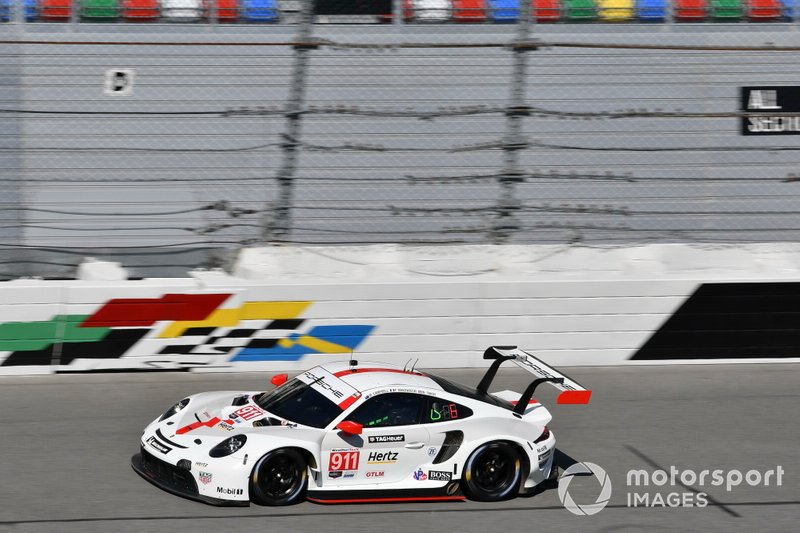 A gripping battle between the two Porsche 911 RSRs was resolved in favor of the #911 car, Nick Tandy beating Laurens Vanthoor by just 0.049sec as the pair beat the qualifying lap record.

Tandy’s 1min42.207sec was also 0.338sec faster than the quicker of the two Corvette C8.Rs, which will start third and fourth in class on their debut after being qualified by Antonio Garcia and Tommy Milner.

The BMW M8 GTEs of Phillipp Eng and John Edwards were respectively 0.734 and 0.882sec off the ultimate pace, while Alessandro Pier Guidi’s Risi Competizione Ferrari 488 GTE was a surprising 1.46sec adrift. 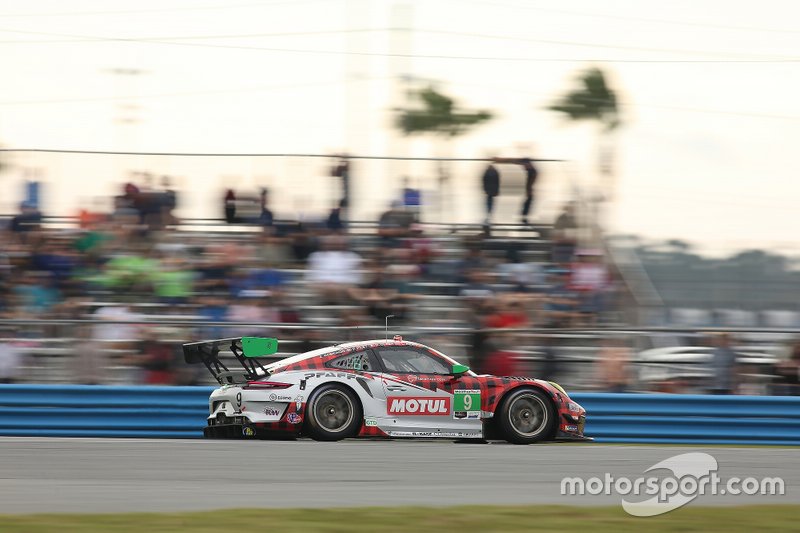 The #14 AIM Vasser Sullivan Lexus did not participate in qualifying because it is undergoing an engine change, while the Magnus GRT Lamborghini discovered a mechanical issue before the session.

The #54 Black Swan Racing Porsche inevitably was absent as it is still being repaired from its heavy shunt in first practice.