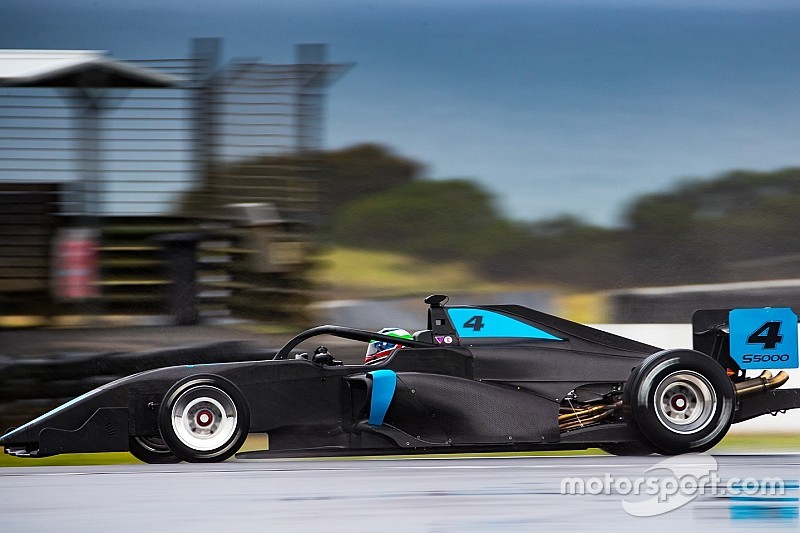 Ex-Australian F3 runner-up Ricky Capo has confirmed his participation in the S5000 season opener at Sandown after testing the 560-hp single-seater twice in the run-up to the event.

His confirmation follows two previous test outings in the V8-powered car, the first of which took place at Phillip Island in August before he put down further miles at Sydney Motorsport Park last week.

He will not race for any of the existing teams on the grid, the 23-year-old instead opting for a privately-run arrangement.

“I got to do a few more laps at Sydney Motorsport Park and really started to become more comfortable and confident in the car,” said Capo.

“I was happy with the pace, and got to experiment with a few set-up changes and driving styles.

“I’m looking forward to continuing to pick up where we left off at Phillip Island on Wednesday, and then head into Sandown and get serious.

“I really like the cars. They are something similar to what I’ve driven before. They are really fun. It has so much power and lots of downforce. Now, we’ll all be fine tuning the set-up to make the car go better and I can only imagine that they will only go faster and faster.

“It’s also been good to develop a relationship with GRM. They have been really good to me over the journey so far and I’m looking forward to building on that in the coming months.”

Apart from nearly claiming the 2015 Australian F3 crown, Capo enjoyed a race-winning campaign in the LMP3 class of European Le Mans Series in 2017.

The opening round of the S5000 weekend will kick off on Friday with two practice sessions, followed by a radical, multi-part qualifying split across Saturday and Sunday The weekend will conclude with a single 30-minute race on Sunday.

The Sandown S5000 races can streamed live and free from anywhere in the world through Motorsport.tv.