The Japanese driver posted the fastest time of the meeting so far with his first flying lap during a qualifying simulation at the start of the 60-minute Free Practice 3 session.

His 1m48.978s aboard the #7 Toyota GR010 Hybrid was just under a tenth quicker than his best from FP2 on Friday morning, a session held in cooler conditions.

The New Zealander didn't set a representative time on his first flying lap after a Full Course Yellow virtual safety car was called because the High Class Racing Oreca LMP2 was slow on track.

Hartley subsequently posted a 1m49.689s on his third flier on his fresh set of Michelin tyres after the track went green.

The #8 Toyota had been ready to go from the beginning of the session after a front corner and the nose were changed after Sebastien Buemi's clash with Sarah Bovy in the #85 Iron Lynx GTE Am class Ferrari in FP2.

The Alpine A480-Gibson LMP1 car was third fastest in the three-car Hypercar class.

Andre Negrao's posted the grandfathered P1 car's best time of the week with a 1m50.166s, which was just three hundredths quicker than Matthieu Vaxiviere managed in the Friday morning session. 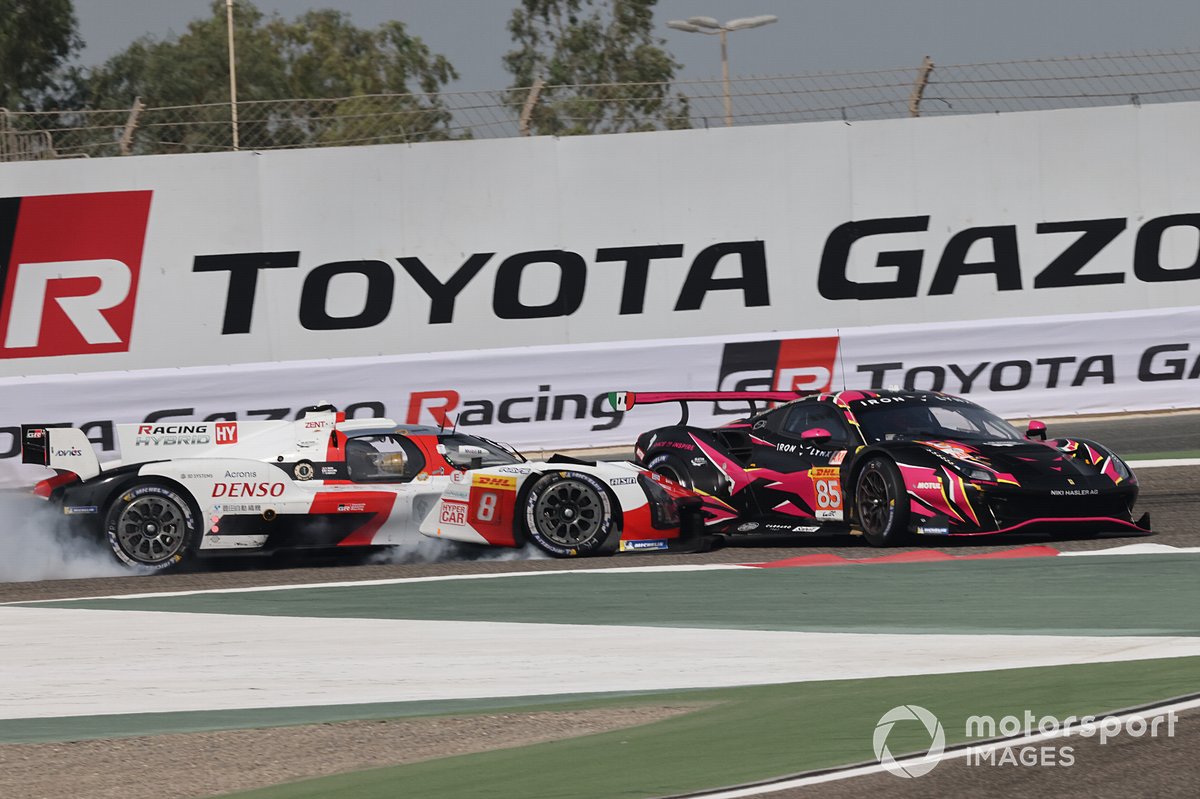 The Britsh JOTA team maintained its monopoly of top spot in LMP2 in Bahrain, Tom Blomqvist's 1m50.696s aboard the #28 Oreca 07 putting him more than half a second clear of the pack.

Filipe Albuquerque took second in the #22 United Autosports Oreca with a 1m51.351s, while Antonio Felix da Costa was third in the second #38 JOTA entry with a 1m51.695s.

Neel Jani was quickest in GTE Pro for Porsche with a 1m58.230s, while Alessandro Pier Guidi was less than two tenths behind in the best of Ferraris.

Pier Guidi's 1m58.399s was nearly a second faster than the previous best from one of the AF Corse-run Ferrari 488 GTE Evos over the course of the three practice sessions, but the faster of the factory Porsche 911 RSRs was nearly two seconds slower than in FP2 on Friday morning.

Miguel Molina was third in the second of the factory Ferraris, while Gianmaria Bruni brought up the rear of GTE Pro in the other works Porsche 911 RSR run by the Manthey team.

Jaxon Evans was fastest in GTE Am for the Dempsey-Proton Porsche squad.

Qualifying for Saturday's Bahrain 6 Hours is due to start 4:30pm local time.