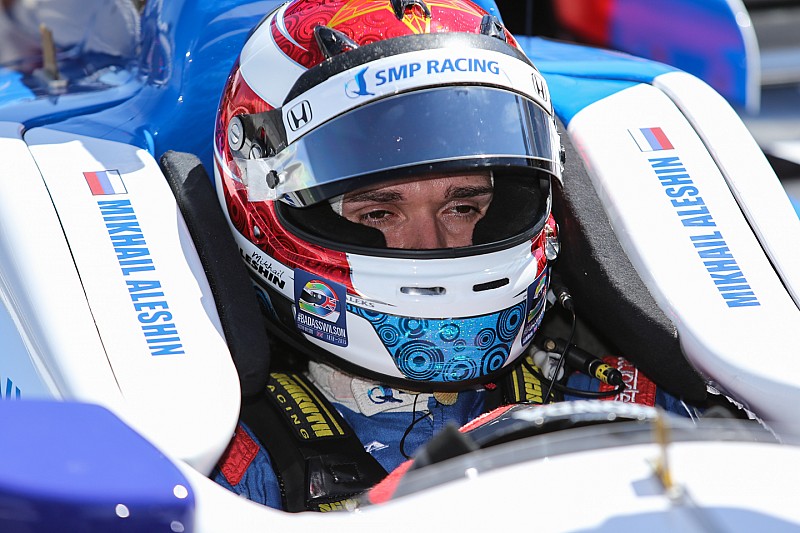 The closed-cockpit debate came to the forefront of open-wheel racing's agenda after the fatal accident of Justin Wilson, who was struck by debris in an IndyCar race at Pocona.

And Aleshin, who returns to the category with Schmidt Peterson Motorsport after a one-year hiatus, said that the tragedy should spur on major changes.

"Justin's accident will have affected the understanding of which direction should be taken in future safety advancements," Aleshin told Motorsport.com. "Accidents like that should not happen again.

"I think, in due time, formula racing will see an introduction of closed cockpits or a similar solution - something that will protect the drivers' head from situations like these. It was an absurd situation - and yet it's not the first time something like this happen.

"Closed cockpits will happen sooner or later. Just like go-kart racing will get seatbelts and rollover protection."

A taste for oval racing

Despite the widespread concerns over the safety of open-wheel oval racing, Aleshin, who hadn't raced on ovals prior to his IndyCar stint, has stated that he finds them more enjoyable than regular street and road courses.

"I prefer oval racing - it's more fun in terms of speed and overtakes," Aleshin said.

"Before [going to IndyCar] I, like many others, didn't understand the specific appeal. It looked stupid on TV. But when I experienced it in real life, I changed my mind completely.

"It gives you goosebumps just seeing it live. And when you're an oval yourself, you understand that everything that came before was child's play.

"You either love it or you hate it. I love it."