IndyCar stalwart Dale Coyne has confirmed Conor Daly for a full-time ride, Bryan Clauson as part of a four-car attack on the 100th Indy 500, and the likely return of Pippa Mann. 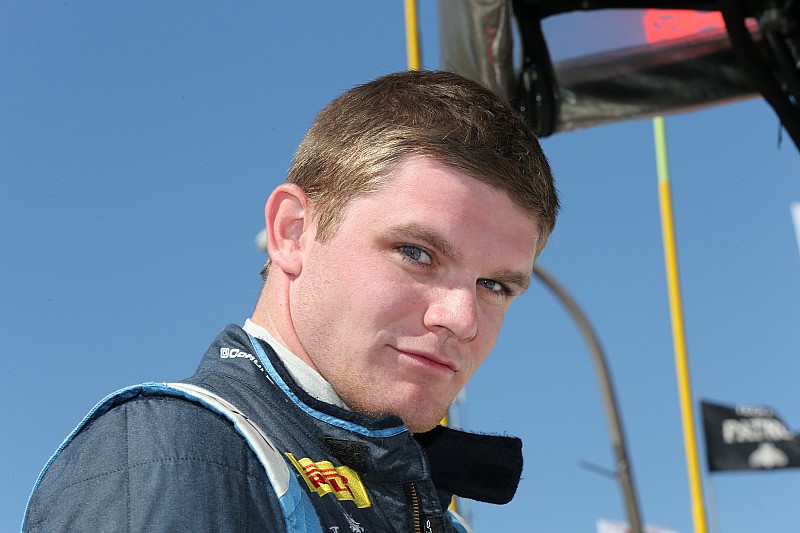 The deal marks Daly's first full-time deal in the series, one which the American had broadly hinted at to Motorsport.com more than a week ago.

The deal will be confirmed at the Performance Racing Industry Show in Indianapolis later on Friday.

Coyne told Motorsport.com: “We have a sponsor for Conor for the full season. Everything except the Indy 500, actually, because we have some details to tie up there. But we’re close enough where we can commit.”

One of IndyCar racing’s longest-lasting teams is not renowned for signing drivers so far in advance of the next season, but Coyne said: “We put a valued offer out there, and someone grabbed it. There is a lot of support for Conor, and that made it easier.”

Daly substituted for the injured James Hinchcliffe at Schmidt Peterson Motorsports for four races last year, impressing many with his sixth place in changeable conditions at Detroit.

However, Coyne admits the last-minute subbing job Daly did for Rocky Moran Jr. in Coyne’s car at Long Beach was just as crucial. At that point, Daly had not even turned a lap in a DW12 equipped with the new-for-2015 aero kit.

“We really threw Conor in at the deep end that weekend,” said Coyne. “His first session wasn’t until Saturday morning, but he did a very strong job, kept his nose clean and brought the car home in one piece on Sunday. Very impressive.”

Engineer Michael Cannon added he was very happy to be working Daly in 2016, saying: “I’m really pleased for us as a team, but also thrilled for Conor.

“Already despite his relative lack of experience at this level, he’s a surprisingly complete driver. He’s got a lot of potential, but he’s quite complete in terms of putting together all the components of being a professional racecar driver.

“For example, Conor is already good at getting in and out of the pits as quick as possible while also hitting his marks to give the crew the best chance of turning him around quick – things that really save a lot of time so are crucial to track position.

"And then he’s also very good at making intelligent decisions on the race track. Not many mistakes.

“So, yeah, Dale was impressed with him, so was I, the right deal has come together and so Dale has signed him.”

Coyne was able to confirm also that Bryan Clauson will take a third shot at the Indy 500, this time at the wheel of a DCR-Honda.

The three-time USAC National Drivers Champion and two-time National Midget Series Champion made his Indy 500 debut in 2012 with what was then Sarah Fisher Hartman Racing, and this past season drove for Jonathan Byrd Racing.

Although the Californian was a DNF each time, Cannon is confident that he can improve.

“For Bryan, it’s about experience,” he said. “It’s interesting that all the one-offs who’ve raced for us recently at the Speedway – James Davison, Pippa Mann, Tristan Vautier – all commented at how secure the car was to drive. It wasn’t trying to kill them.

"So I think in a well set-up car with predictable handling, Bryan will be fine and can show his potential.

“Let’s face it, he’s won everything there is to win in open-wheel, outside of IndyCar. He’s a massive talent in the Tony Stewart or Jeff Gordon vein. So I’m pretty confident he’s going to get better and better in an IndyCar, and hopefully we can do something for him.”

However, he admitted he was “some way off” announcing who will fill his second full-time seat, although it is likely to be a driver who brings a significant budget.

Coyne remarked that Rodolfo Gonzalez had impressed him with his improvements over the course of the Venezuelan’s part-time campaign with the team in 2015.