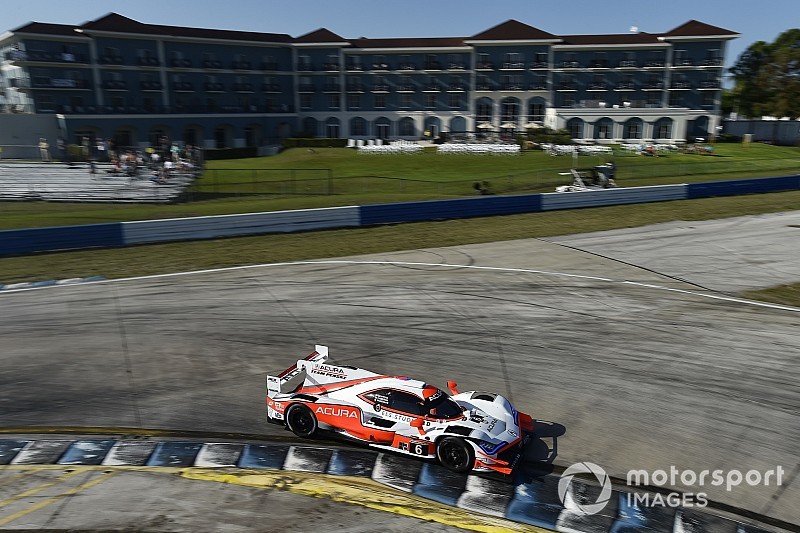 Dane Cameron led teammate Helio Castroneves with the fastest times of the week in the final practice session before qualifying for the Mobil 1 Twelve Hours of Sebring, the second round of the 2019 IMSA WeatherTech SportsCar Championship.

Filipe Albuquerque ran the Acura squad close, however, with a 1min46.799sec lap in the #5 Action Express Racing Cadillac DPi-V.R suggesting it could be a very exciting qualifying session, especially as it’s likely that the Mazda RT24-Ps didn’t show their full potential.

Tristan Nunez and Jonathan Bomarito were fourth and fifth, respectively 0.31 and 0.43sec away from P1.

The same was also true of the #31 AXR Cadillac which wound up sixth in the hands of Pipo Derani.

Patrick Pilet’s best effort in the #911 Porsche 911 RSR was enough to send it to the top of the GT Le Mans class chased by the two Ford GTs of Richard Westbrook and Dirk Muller.

A late effort from Jesse Krohn in the #24 BMW M8 sent it ahead of Tommy Milner and Antonio Garcia in the two Corvette C7.Rs, who were within half a second of top time, with Laurens Vanthoor seventh in the second 911.