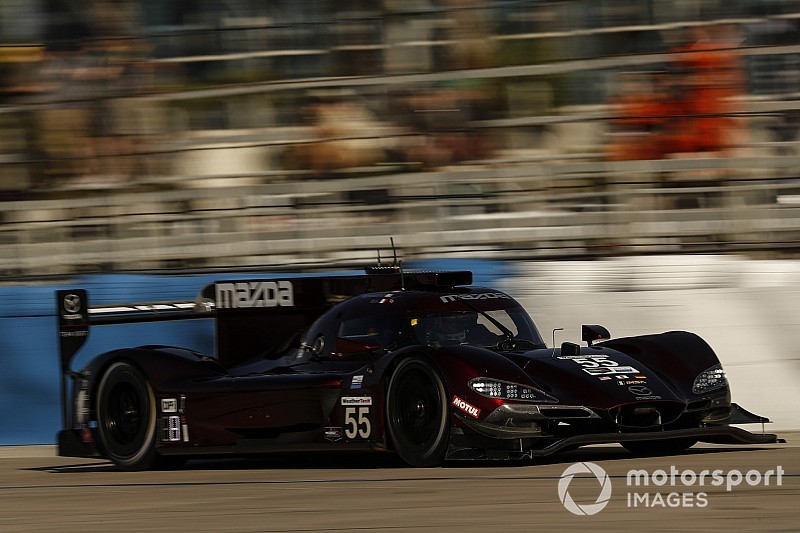 In P2, Matt McMurry was comfortably – 2.2sec – faster for PR1/Mathiasen Motorsports than Kyle Masson in the Performance Tech Motorsports machine.

Antonio Garcia was fastest in GT Le Mans in the #3 Corvette C7.R, overcoming an earlier alternator issue to lap 0.136sec quicker than the Ford GT of Richard Westbrook - which was in turn a quarter second ahead of its sister car piloted by Dirk Muller.

Laurens Vanthoor was fourth in the #912 Porsche 911 RSR, split from the other 911 by Jesse Krohn in the faster of the two BMW M8s. Colton Herta had a couple of offs on one lap in the #25 BMW which wound up slowest but within 1.5sec of top spot.

The Magnus Racing Lamborghini Huracan of Andy Lally edged Trent Hindman’s Meyer Shank Racing Acura NSX by a mere 0.061sec to grab P1 in GT Daytona, yet was even closer to the third fastest driver, Mirko Bortolotti in the Grasser Racing Huracan, which was only 0.016sec behind.