Scott McLaughlin set the fastest time in pre-qualifying practice at Bathurst, before smacking the wall on his final run. 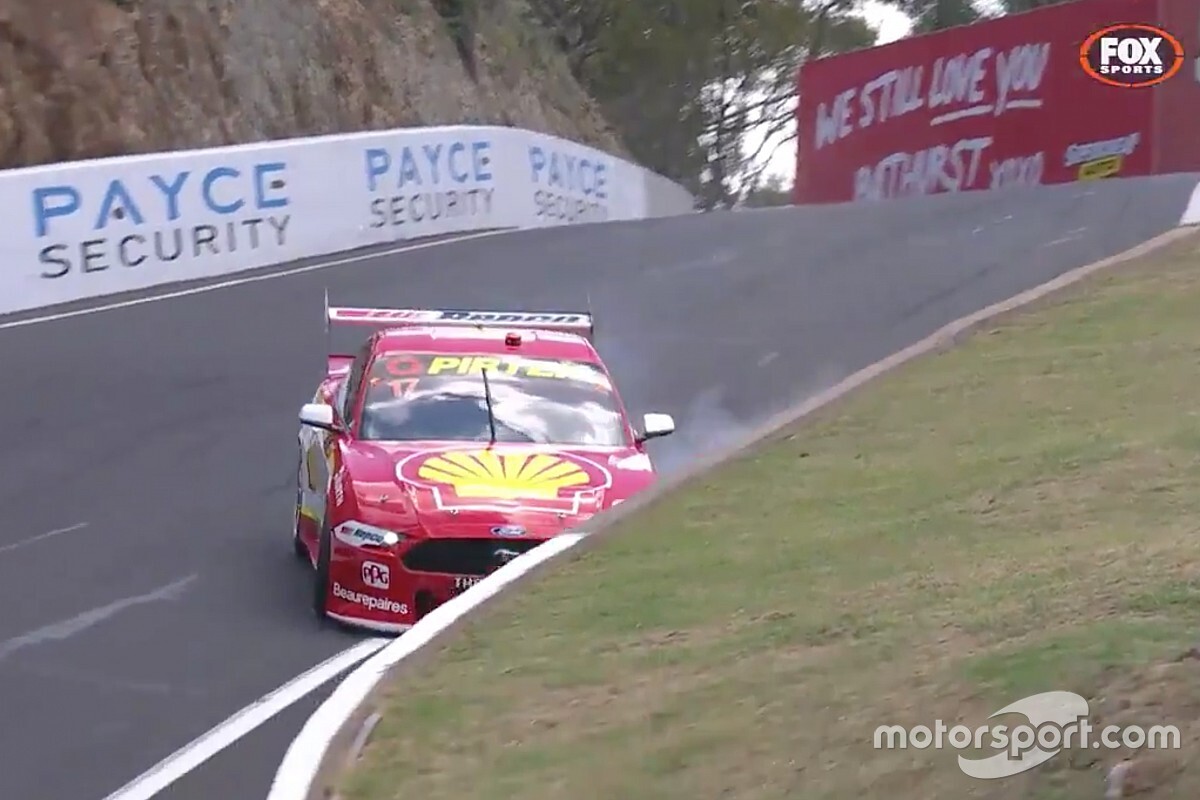 The DJR Team Penske ace was a consistent figure at the top of the times, leading the way early with a mid-2m05s before being shuffled down as the likes of Cam Waters and Jamie Whincup improved.

Heading into the final third of the session McLaughlin went quickest again, a 2m04.371s moving him clear of Whincup.

He then looked to go quicker on his final run, going purple in the first sector before locking his rears and hitting the wall in the way into the Elbow.

But while his session ended with his car slowly crabbing its way down Conrod Straight, McLaiughlin still hung on to top spot, nobody able to beat that earlier time.

"I just ballsed up the downshift," said McLaughlin.

"You're using the engine braking so much that as soon as you miss one, you're out of the groove. That's all I did. I tried to half recover it, but as soon as it plucked the bottom arm out I was a bit of a passenger.

"The car is super racey. It felt mega. I was six-tenths up going into that part of the track and I've got a 4.4s on the dash..."

Whincup slipped back to fifth after not improving at the end, with his teammate Shane van Gisbergen sixth, Chaz Mostert seventh and Alex Davison the surprise of the session in eighth in his Team Sydney Holden.

Next up is qualifying, which will determine who makes the Top 10 Shootout and locks in grid positions 11-25.