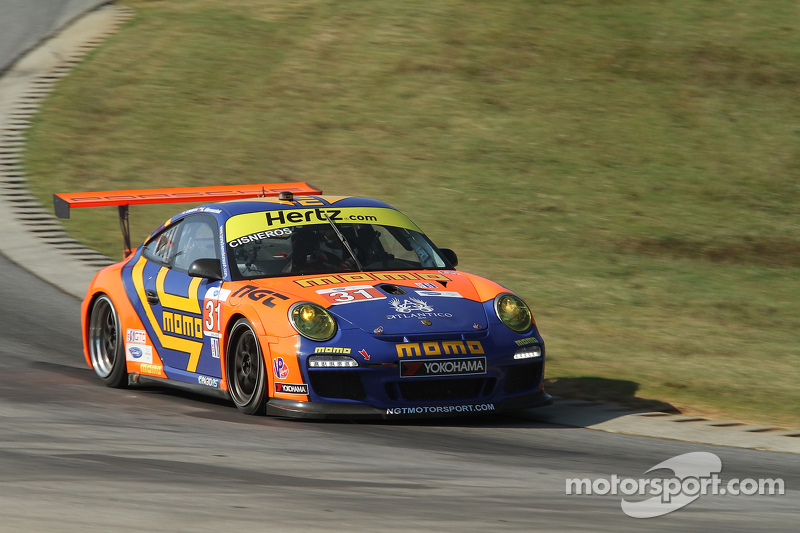 Everyone is okay after massive crash at VIR between two Porsche 911 GT3 cars during the American Le Mans Series Oak Tree Grand Prix.

Eduardo Cisneros in the #30 NGT Motorsport Porsche 911 GT3 Cup and Marco Holzer in the #48 Paul Miller Racing Porsche 911 GT3 RSR are okay. The IMSA Safety and Medical team who arrived on the scene as the safety car was released under a full-course immediate caution.

Both drivers were in a tight battle for position on the second restart of the race when the "touch" took place. The luck was on the side of at least two other cars who were able to take evasive action and avoid the crash scene.

The marshalls took evasive action as the both Porches were approaching their station, and once the dust settled, they were still able to attend to the scene with the proper flags and to aid the safety crew when they arrived.

The person controlling the camera during the crash - see the link to the video - did not lose focus even when he was close to the action. As it turns out, the cameraman received the 'Hard Charger of the Race' award!

The crash took place near the two-hour mark, and once restarted the remaining drivers were able to continue their battles.

After he was cleared and released from the medical compound, Cisneros was thankful that the car took the impact in the right places to prevent any injuries.

“Our Porsche is a tank,” said the relieved Venezuelan. “After what I just went through, I am lucky to get through this unscathed.”

Holzer went nose first into a different tire barrier and he said, “We know that Porsche builds both race cars and street cars with maximum safety in mind, and I am glad no one was hurt."

Video of the crash