Sometime World Superbike champion Ben Spies has backed his fellow American rider Garrett Gerloff to bounce back from a tough 2021 campaign next year and win his first races in the series.

Gerloff wrapped up a frustrating sophomore season with the GRT Yamaha team seventh in the standings and top independent rider, scoring two podium finishes in the first part of the season.

The Texan rider's form slumped markedly following his first-corner incident with fellow Yamaha rider Toprak Razgatlioglu in July's Assen round - Gerloff only managed one more top-five for the rest of the season, slipping more than 60 points behind Yamaha rookie Andrea Locatelli in the process.

Speaking to the official WSBK website, Spies said he felt Gerloff's caution after the incident with Razgatlioglu was understandable, but believes his compatriot has proven that he has the ability to win races next season and finish in the top four of the championship.

“I feel frustration, and I say that 100 percent on Garrett’s side,” said Spies, who was the first rider to win a WSBK title for Yamaha in 2009. “I feel bad because yes, he made some mistakes at the beginning of the year and caused a little bit of commotion and some people were upset, which was understandable.

"I think he got a bit nervous and had to go a couple of weekends without making mistakes, as well as other things happening that didn’t need to happen that made him ride even more cautiously and that annoys me too.

"However, it’s the way it is and he’s getting through it; we’ve seen that his pace has been great after the first few laps of the races but he’s getting swallowed up in the opening turns because he doesn’t want to make a mistake and then he’s taking too long passing people because of the same thing. When he’s in free air, then he’s doing third or fourth place times without sweat.

“He’s a third to fourth place WSBK rider all day right now and I think he can finish inside the top four in the championship next year. I think he’ll get a couple of race wins next year that maybe, he should’ve had this year." 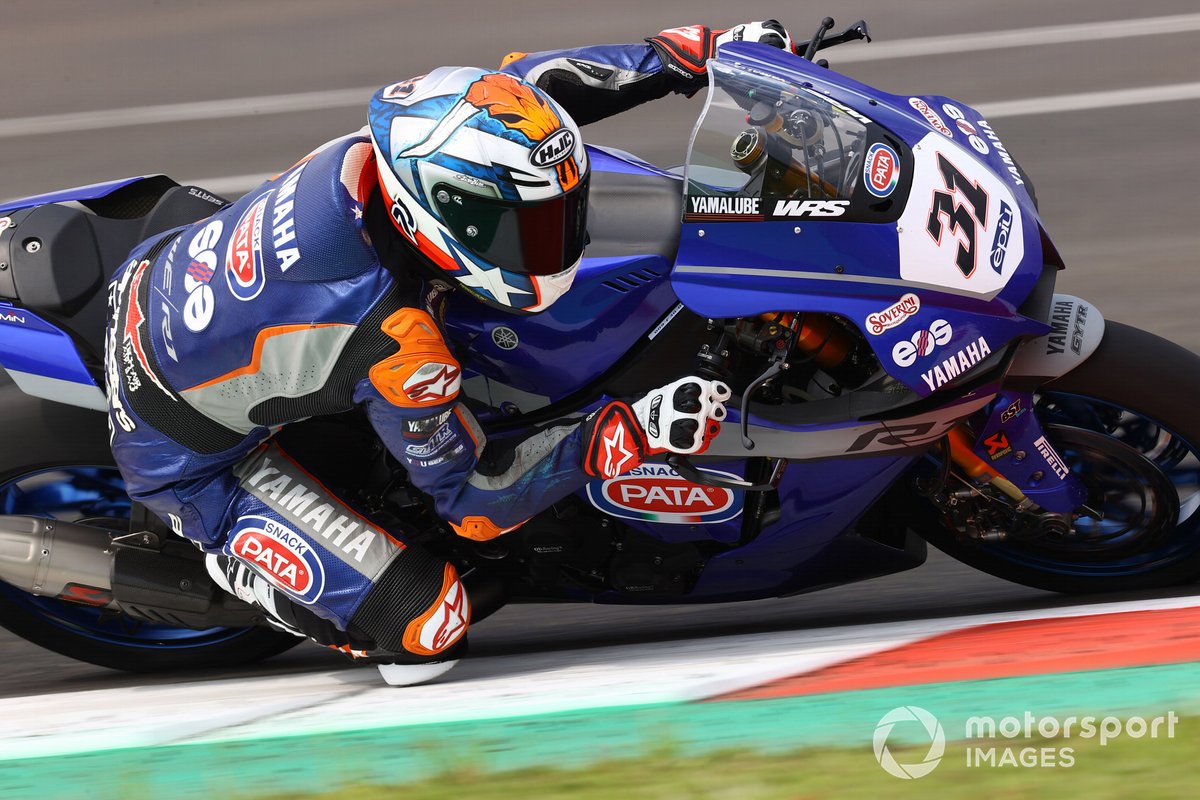 Spies added that he backs Gerloff to emulate his achievement and win the championship in the future "if things happen the right way".

"He possesses that talent without a doubt, he just needs that circle around him like Toprak and Jonny [Rea] have," said Spies. "It won’t come completely in 2022; he doesn’t have a Kenan [Sofuoglu] there like Toprak does, and that will make a difference, in terms of bouncing ideas off of each other.

"I hope that next year, he rides on his real confidence and does great things, and everything works well in the team, so he’s able to start building his own team around him. When it comes to talent and race craft, I know he’s got it.”