Michael van der Mark says he “expected more” from the new-for-2021 BMW M1000RR bike despite capping off the World Superbike season with an impressive podium finish in Indonesia.

With wet conditions providing a level-playing field at the newly-built Mandalika Street Circuit, van der Mark was part of the lead group for the entirety of the second race, battling with champion Toprak Razgatlioglu and top independent rider Axel Bassani for the final spot on the podium.

While Bassani crashed out of the race early on, van der Mark had to fight hard with Razgatlioglu to secure third place, and it wasn’t until lap 9 of 12 that he was able to seal the move into the right-left-left sequence at Turns 2-3-4.

This was BMW’s fifth podium finish of the season and the first since Portimao, where the German rider took advantage of similar weather conditions to clinch a stunning victory in the Superpole race.

While pleased with the progress BMW has made over the course of the campaign, van der Mark is aware that the German manufacturer still has work to do to close the gap to the likes of Yamaha, Kawasaki and Ducati.

“I think there were not as many podiums as we hoped,” he said of the 2021 season. “But the Superbike championship this year has been so close and so tight with so many riders battling at the front.

“Also, coming with the new M1000RR, we expected more. We can only make small steps at a time and we just need time to develop the bike.

“I think we made good progress during the year. As a rider you always want more but luckily there's the next year coming soon.

“Everything needs to be better because it's the only way we will win. We are lacking a bit of power and power is always easy, especially on the straights. It's all a combination of chassis and stuff like that.” 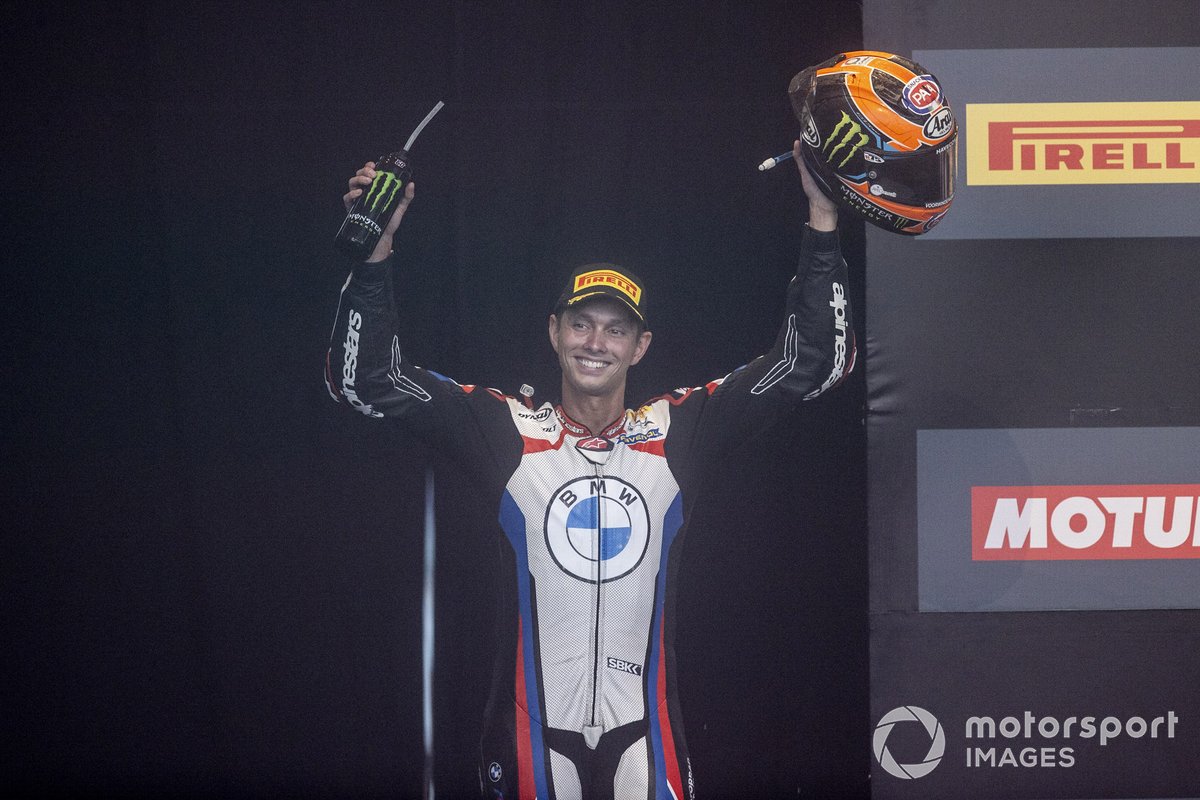 Van der Mark will have a new teammate next year, with Scott Redding leaving Ducati after two seasons to replace 2013 champion Tom Sykes.

While van der Mark hopes Redding could apply his knowledge from Ducati to help develop the MW1000RR, he downplayed the significance of his appointment, pointing out he and Sykes were similarly matched on pace over the course of the season.

“Scott is a fast guy but so is Tom,” he said. “Scott has the experience on the Ducati so hopefully he can give us some inside information of what we can try on the BMW.

“But I think this year Tom and I have shown our results are quite similar. So I think at the moment we are taking the maximum from the bike and we really need to develop the package.”