Jonathan Rea feels Kawasaki needs to step up its game to wrest the World Superbike title back from Yamaha in 2022, with a lack of straight-line speed its biggest weakness going into the winter break.

Kawasaki became the dominant force in WSBK after Rea joined the Japanese manufacturer in 2015, winning six titles on the trot trot and breaking numerous other records in what became the most successful partnership in the series’ history.

However, their run of success finally came to an end this year, with Yamaha seizing all three titles in Indonesia last month after an exceptional season from Turkish sensation Toprak Razgatlioglu and star rookie Andrea Locatelli.

While Rea hasn’t been shy to admit that it was his own “careless” errors that cost him a record-extending seventh riders’ title, he also feels Kawasaki needs to upgrade the ZX-10RR to match the speed of the improved Yamaha R1 next year.

“Of course the goal next year is the same, try to learn from my mistakes, and improve our bike," said the Ulsterman. "We really need to improve our bike. Kawasaki needs to step up.

“We know when it's working it's one of the most competitive bikes, we just need to polish our weak spots and we should again be there fighting.

“I enjoyed the fighting this year, with Scott [Redding], with Toprak and it was fun. I liked racing. So hopefully there will be many more battles like that in 2022.” 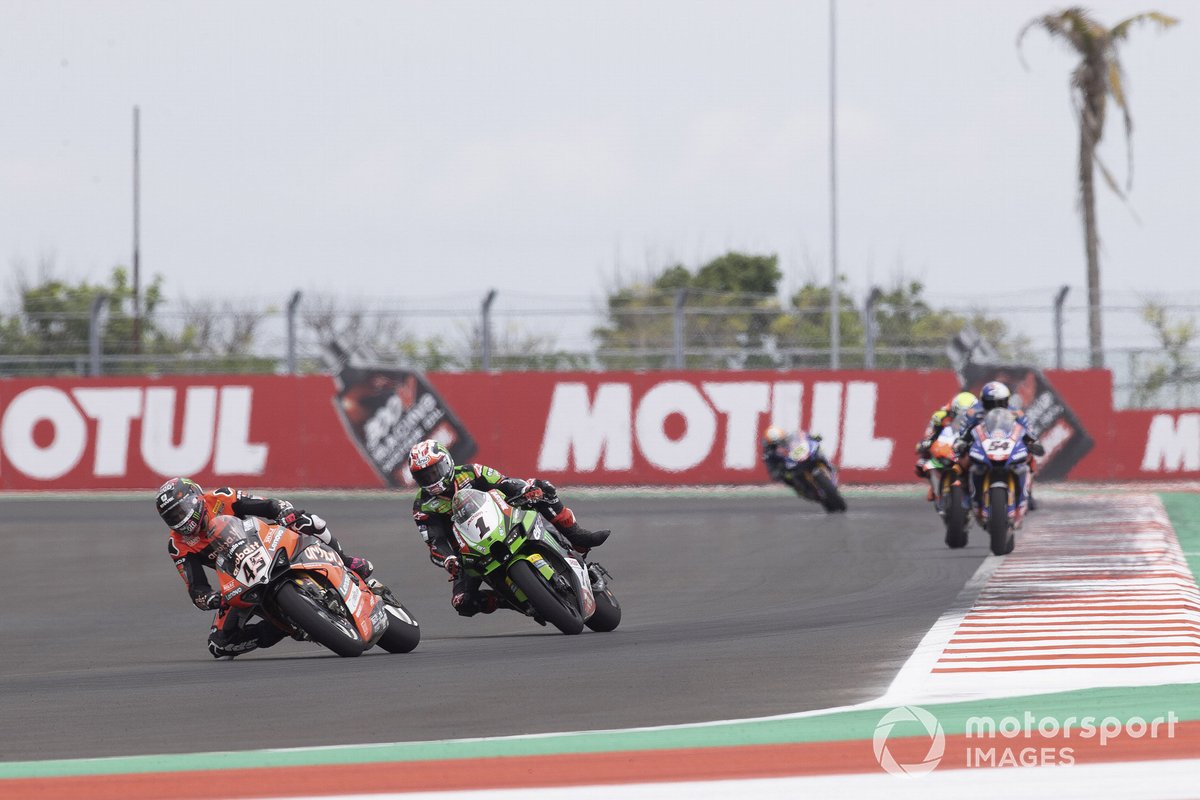 The new Kawasaki ZX-10RR introduced at the start of the year features an upgraded engine and better aerodynamics, but it wasn’t as competitive as the Yamaha R1 over the course of the season - or even the Ducati Panigale V4 R at times during the year.

The weaknesses of Kawasaki’s 2021 bike were put under the spotlight most recently at the San Juan Circuit in Argentina, with Rea being repeatedly repassed by Razgatlioglu’s Yamaha on the back straight after getting the move done under braking at Turn 7.

With the 2022 season beginning in April, Rea says Kawasaki must take advantage of the winter break to come up with a bike that is as quick as its rivals in a straight line as it is in cornering.

“We need to improve our acceleration and top speed,” he said. “The circuits that we accelerate from first gear this year like Most and Navarra were so difficult, we would sometimes lose 0.3s in a straight line.

“That puts me in crisis a lot on the other [parts of the] lap trying to maintain the lap time. That's the main area of focus.

“I think we have some [other] areas we can improve on the bike. From the engine point of view we are working really hard with engineers to test that in December, to evaluate. Excited to get going and see how we can improve.”