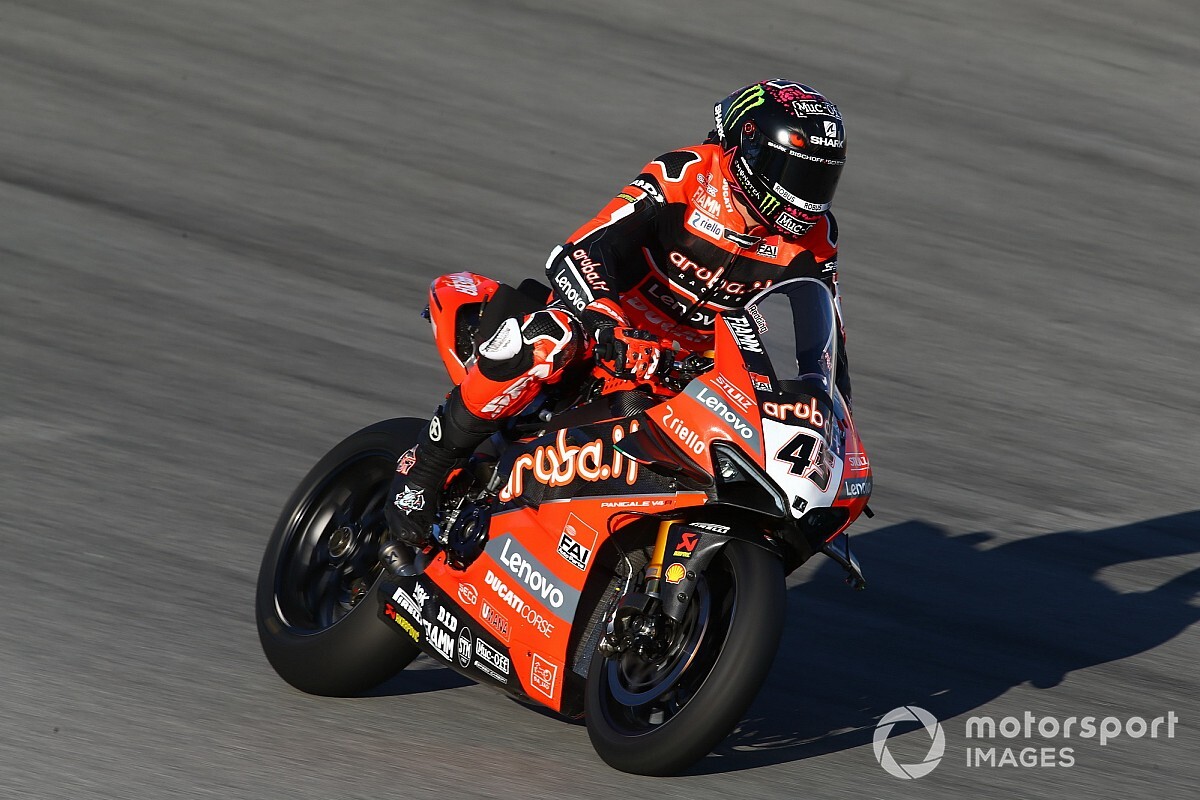 Ducati rider Scott Redding was fastest in both Friday practice sessions ahead of this weekend's World Superbike title decider at Estoril.

Redding, who has experience of the Portuguese track from his grand prix racing days, went over four tenths clear of the field in morning's opening session with a benchmark time of 1m37.181s aboard his factory Ducati Panigale V4 R.

In the early stages of the afternoon session, Baz managed to beat Redding's benchmark with a time of a 1m37.084s - shortly before a crash that ruled him out of much of the session.

That remained the time to beat until the closing stages of the session, as Razgatlioglu became the first rider to dip beneath the 1m37s barrier with a 1m36.975s.

Baz remained third-fastest with his time from the start of the session, followed by champion-elect Jonathan Rea on the best of the Kawasakis in fourth.

Rea goes into Saturday's opening race needing only three points - the equivalent of a 13th-place finish - to be a certain of a sixth consecutive WSBK title, while nothing less than a victory would be enough to keep Redding's hopes alive.

A late improvement from Alex Lowes made it two factory Kawasakis in the top five, demoting Gerloff to sixth.

Chaz Davies, who is out of a ride for 2021 after losing his Ducati seat to Michael Ruben Rinaldi for next season, was seventh fastest on the second works V4 R.

Ex-MotoGP rider Jonas Folger is back for a second wildcard outing of the season on his MGM Racing Yamaha and was a solid eighth fastest ahead of factory man van der Mark.

Completing the top 10 was Honda's Leon Haslam, who this week was handed a fresh deal to remain at the team alongside Alvaro Bautista next year.

Tom Sykes was best of the BMW riders in 12th, a place behind Bautista, while Eugene Laverty struggled to a low-key 18th on the second of the S1000RRs.