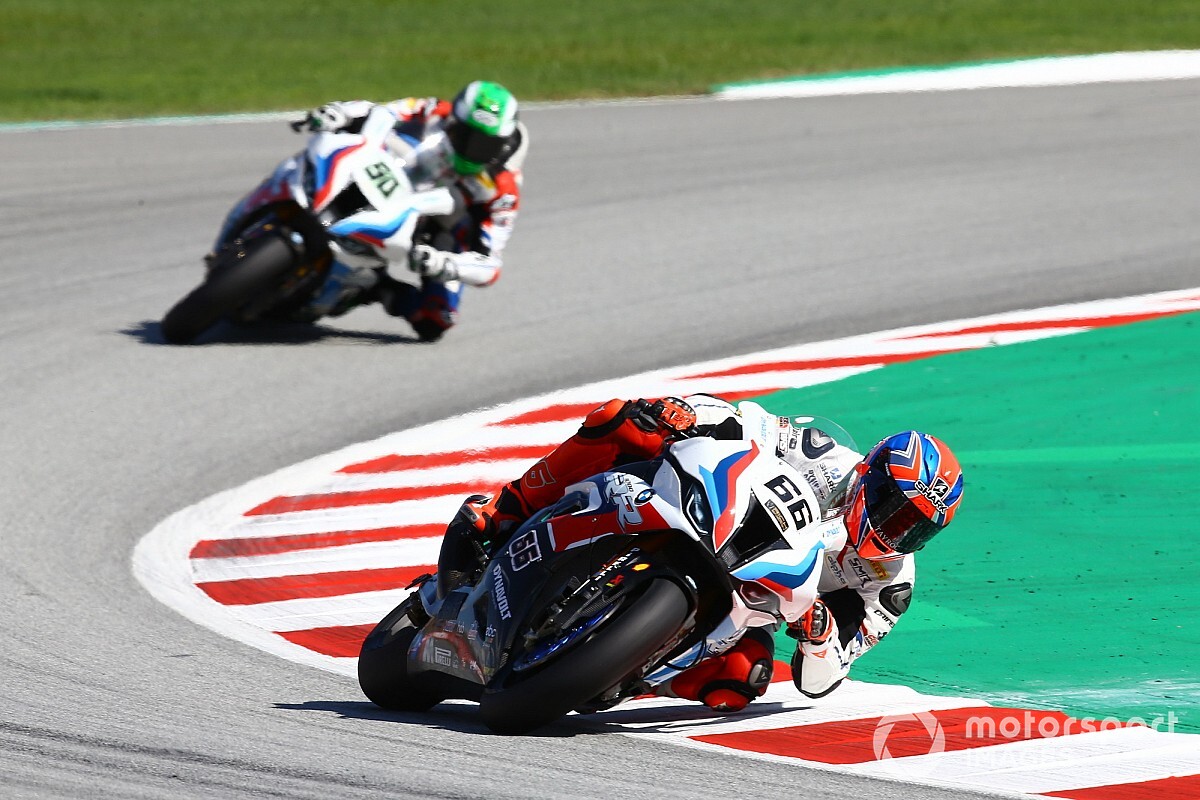 BMW says it is talking to as many as three teams to run a satellite outfit in the World Superbike Championship in 2021.

BMW is the only marque without a satellite squad in WSBK, leaving it with just two S1000RRs run by the factory team. By contrast, Kawasaki, Yamaha and Ducati all have multiple customer teams, while Honda has a second-string operation in the form of MIE Racing.

Satellite teams have shown that they can challenge their factory counterparts in 2020, with Michael Ruben Rinaldi winning the second full-length race at Barcelona last month astride a Go Eleven-run Ducati Panigale V4 R. Ten Kate’s Loris Baz and GRT’s Garrett Gerloff have both finished on the podium this year on customer Yamaha bikes.

BMW is aware that it needs to expand its presence on the grid to challenge WSBK's more established manufacturers, and has promised news about adding a satellite team to its roster in “coming weeks.”

“It’s going to be confirmed at some point,” team principal Shaun Muir told the official WSBK website. “It’s very pleasing and reassuring to know there’s certainly three teams out there that want to take that role on.

“The key for us is getting the right quality team that can attract the right rider as well. I think, in the coming weeks, things will be decided very quickly.”

BMW has yet to finish on the podium this season, which concludes this weekend at Estoril in Portugal, with Tom Sykes’ run to fifth in Barcelona Race 2 its best result of the season.

Eugene Laverty led a 1-2 result for BMW in a wet Superpole at Magny-Cours earlier this month, but both riders were eliminated at the start of Race 1 in an incident with Gerloff.

Muir is hopeful that the addition of a satellite team will bolster the German manufacturer’s chances of battling at the front of the field in 2021.

“Clearly there are one or two riders who could put the bike, the new M1000 RR, at the very top as well in a satellite team," he said.

“We just want to be sure that we can deliver a package for that team that is on par with what we’ll be riding because we don’t see the benefit of having a bike that’s too far removed from what we’ve got.

“The whole idea of that satellite team is they’re a partner team of the factory team. The idea is we have two riders of our own and one or two riders in another team who can be challenging at the front.”