The two-time Le Mans 24 Hours winner posted a time of 1m47.673s during a four-lap stint at the beginning of the 90-minute session, beating the sister #7 GR010 Hybrid of Kamui Kobayashi by just over half a second.

Hartley’s quickest time was eight tenths quicker than the lap with which he topped FP1 on Thursday evening, but some way off his pole time in the Bahrain 6 Hours event last week.

The two Toyota crews are separated by 15 points going into the race, with Kobayashi, Jose Maria Lopez and Mike Conway primed to defend their 2019/20 title in the #7 car.

Signatech Alpine was again unable to challenge the Japanese manufacturer on one lap pace, with Matthieu Vaxiviere managing a best time of 1m49.056s in the team’s sole A480-Gibson.

Filipe Albuquerque finished just 0.046s adrift in the #22 United Autosports entry, while the points-leading WRT team rounded out the top three with Ferdinand Habsburg at the wheel of its #31 Oreca.

Both JOTA cars finished some way off the pace in FP2 as they focused on long run pace, with Stoffel Vandoorne the team’s best representative in eighth in the #28 entry. 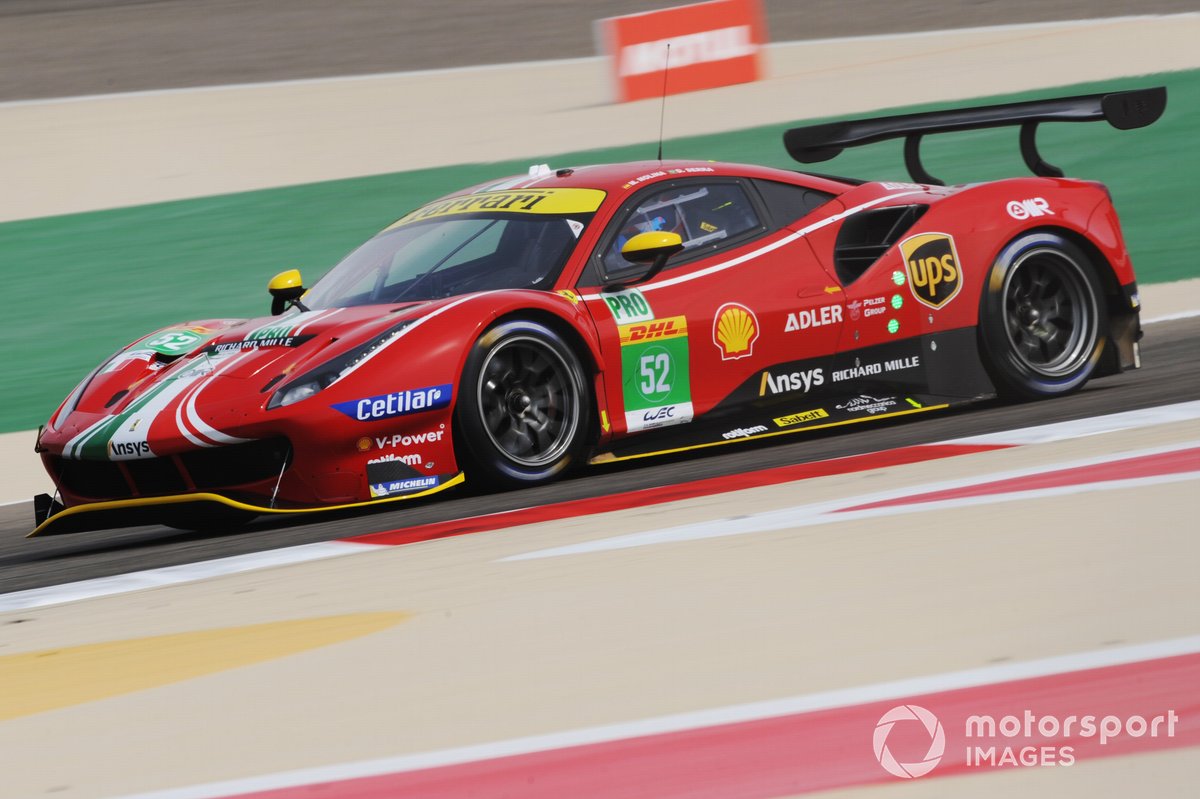 Ferrari topped the GTE Pro class for the first time across the two Bahrain rounds this year, with Miguel Molina setting the quickest time in the #52 488 GTE.

Molina’s lap of 1m57.509s put him four tenths clear of Frederic Makowiecki in the best of the Porsches, although the two 911 RSR-19s were not lapping at the same pace as first practice on Thursday.

Kevin Estre was third in the #92 Porsche, while the four-car GTE Pro order was propped up by James Calado in the points-leading #51 Ferrari.

Porsche did enjoy an advantage over Ferrari in the GTE Am ranks, however, with factory driver Matt Campbell topping the times in the #77 Dempsey-Proton entry.

Cetilar Racing was the top Ferrari team in second, with Antonio Fuoco ending up just over two tenths behind Campbell in the #47 488 GTE.

Andrea Piccini was third in the #60 Iron Lynx Ferrari, while the points-leading TF Sport ended up a disappointing seventh in the hands of gentleman driver Ben Keating, albeit still two places ahead of the only other Aston Martin Vantage GTE in the field.

The session was interrupted by a single full course yellow, caused by Satoshi Hoshino stopping between Turns 2 and 3 in the #777 D’station Aston Martin Vantage GTE.