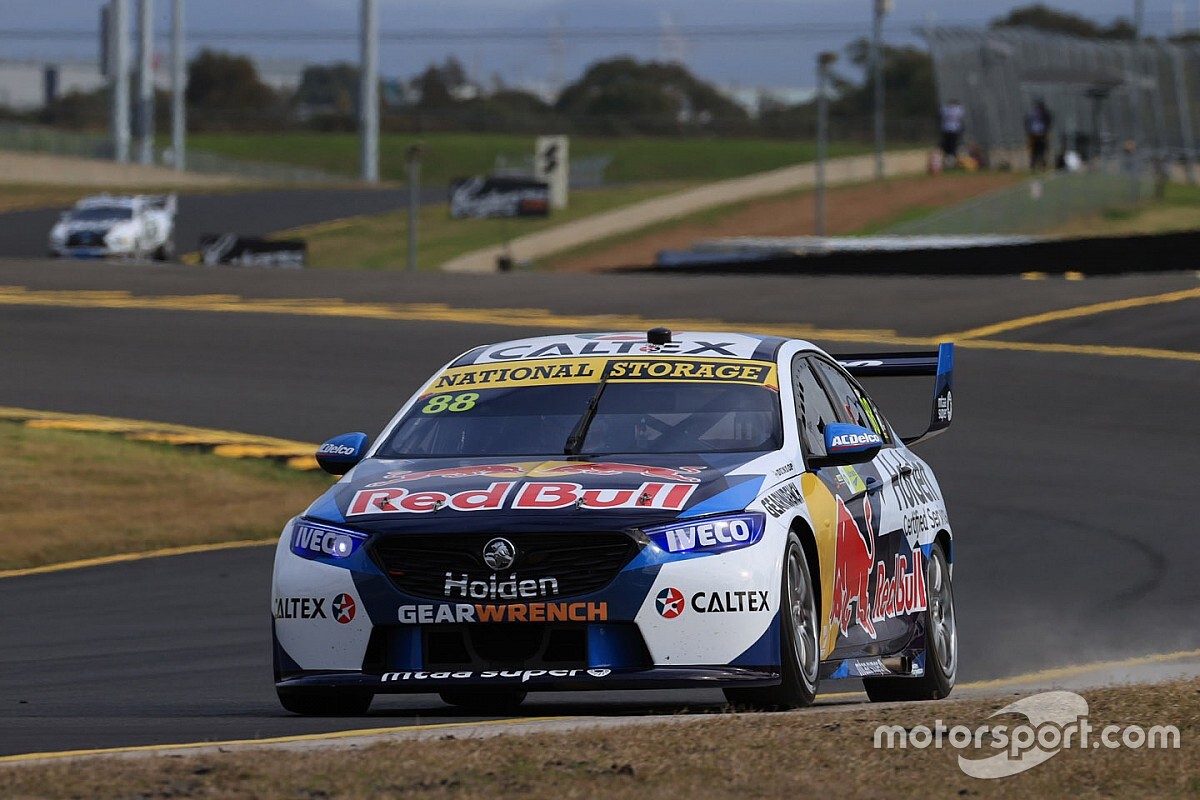 With tyres in short supply, both 15-minute sessions were largely void of action apart from the final five minutes.

The one-lap wonder in the first session was Whincup, the Red Bull Holden braving the slightly damp conditions to grab the first pole on offer with a 1m28.075s.

Cam Waters was best of the rest in fifth, while Nick Percat kept his strong weekend going with sixth.

The second session saw a record-breaking performance from McLaughlin.

The reigning champion lowered the category benchmark he set in qualifying in 2018, a 1m.27.919s now the fastest Supercars lap around the Sydney circuit.

Whincup backed up his pole with second, the top three unchanged as van Gisbergen qualified third.

Lee Holdsworth was fourth for Tickford, with Todd Hazelwood the surprise of the session with fifth.