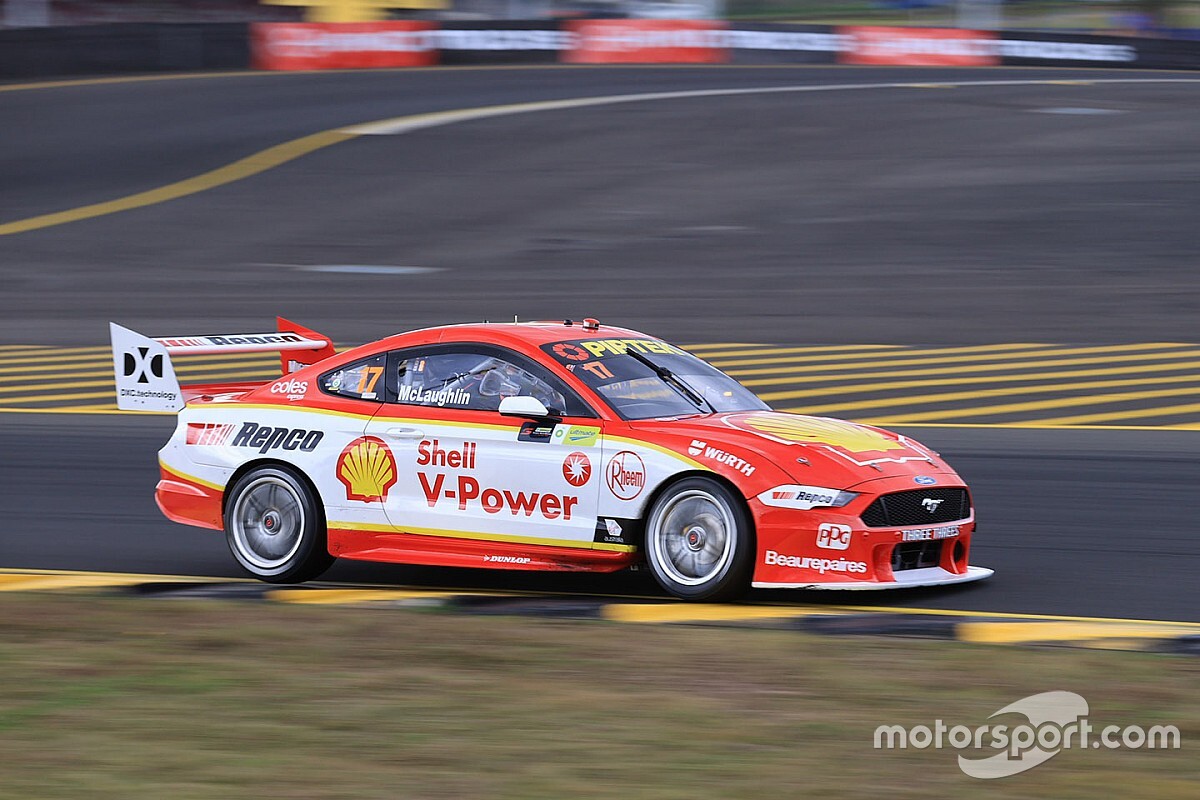 Scott McLaughlin and Nick Percat shared the spoils in the Sydney Supersprint, as the 2020 Supercars season roared back to life after the coronavirus-induced hiatus.

McLaughlin made a scorching start to the 32-lap opener, pulling a gap of as much as 3.5s over Shane van Gisbergen in the early stages.

Van Gisbergen fought back before the stops, though, only to run long and drop back to fifth as others undercut him.

But he had the tyre condition to work his way back into the race, he and McLaughlin staging a thrilling nose-to-tail battle to the end.

In the end solid defence from McLaughlin made the difference, the reigning champion winning by just 0.18s.

The second race of the weekend saw another two-horse battle, this time between van Gisbergen's Triple Eight teammate Jamie Whincup and the Brad Jones Racing Holden of Nick Percat.

BJR changed all four tyres on Percat's car during his sole pit stop, allowing the 31-year-old to overhaul polesitter Whincup and secure his first win since Adelaide in 2016 – in his 200th race start.

The final race of the weekend was an easy affair for McLaughlin, the DJR Team Penske driver having a relatively untroubled run en route to a lights-to-flag win.

A hard-charging Lee Holdsworth threatened to dispose him from the top spot after a late pitstop for four fresh tyres, but he couldn't close the gap enough in the final few laps, McLaughlin crossing the line with more than a second in hand.