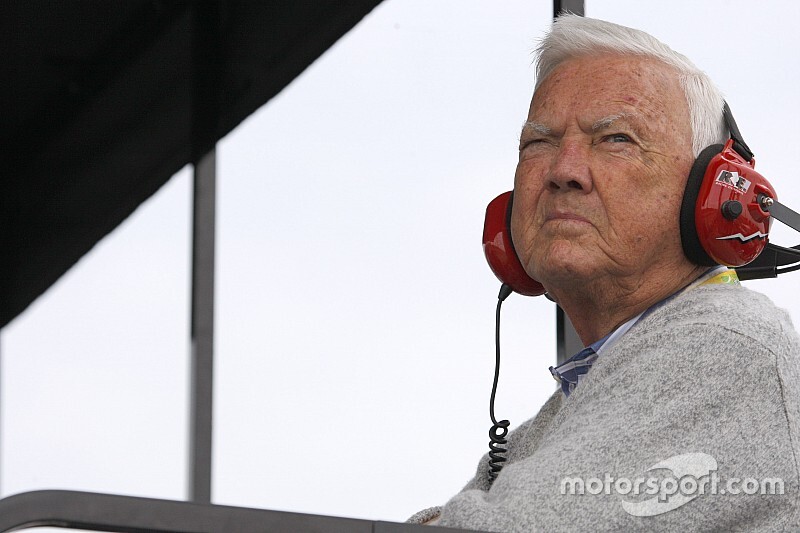 Moonshiner turned NASCAR icon Robert Glenn 'Junior' Johnson Jr. has passed away at the age of 88.

Johnson, a native of North Wilkesboro, North Carolina, entered hospice care earlier this week with declining health before his passing.

He was a member of the inaugural NASCAR Hall of Fame class in 2010, joining Bill France Sr. and Bill France Jr., as well Dale Earnhardt and Richard Petty.

The moonshiner turned racer was a pioneer of the sport and one of its first big stars. He enjoyed an incredible career and won 50 races as a driver, including the 1960 Daytona 500.

He then went on to become one of the most successful team owners in NASCAR history, winning 132 premier series races and six championships.

In 1986, he received a pardon from President Ronald Reagan for his moonshining past which had led to a federal conviction in 1950s.

“Junior Johnson truly was the ‘Last American Hero,’ ” NASCAR Chairman and CEO Jim France said in a statement. “From his early days running moonshine through the end of his life, Junior wholly embodied the NASCAR spirit. He was an inaugural NASCAR Hall of Famer, a nod to an extraordinary career as both a driver and team owner.

“Between his on-track accomplishments and his introduction of Winston to the sport, few have contributed to the success of NASCAR as Junior has. The entire NASCAR family is saddened by the loss of a true giant of our sport, and we offer our deepest condolences to Junior’s family and friends during this difficult time.”

"It is with great sadness that we share the passing of Junior Johnson on behalf of the Johnson family. First and foremost, everyone at the NASCAR Hall of Fame offers our most sincere condolences to Lisa, Robert, Meredith and the entire family.

"There are not sufficient words to adequately describe the impact that Junior Johnson had on NASCAR and the motorsports world. People are measured in many ways. Some are measured by what they do in their respective profession; others by what they do for their respective profession. In Junior’s case, what he did both in NASCAR and for NASCAR are equally incalculable. That is among the many reasons that Junior was one of the five inaugural inductees into the NASCAR Hall of Fame in 2010.

"He had a stellar driving career, scoring 50 wins at NASCAR’s highest level and then seamlessly transitioned to a powerhouse car owner notching six championships and 123-time wins for numerous fellow NASCAR Hall of Famers. He was also an innovator behind the wheel, discovering the impact of the draft at Daytona International Speedway and in more ways than anyone can count -- and in many ways others never knew -- as an owner, mechanic and engine builder.

"Junior was also the catalyst behind RJ Reynolds Tobacco Company’s 33 year sponsorship of NASCAR’s premier series that was clearly a game changing moment in the sport's history.  In addition, hundreds of people came through Ingle Hollow, NC in what became known as “Junior Johnson University” many of whom went on to Hall of Fame and stellar careers. He continued to be an ambassador for NASCAR throughout his life and was a huge part of the development of the NASCAR Hall of Fame and numerous activities since we opened in 2010.  Quite literally, Junior impacted every aspect of NASCAR in a manner that only an elite few have done.

"We have lost one of NASCAR’s true pioneers, innovators, competitors and an incredible mechanical and business mind.  And personally, I have lost one of my dearest friends. While we will miss Junior mightily, his legacy and memory will forever be remembered, preserved, celebrated and cherished at the NASCAR Hall of Fame and in the hearts and minds of race fans around the world.  Please join us in remembering and celebrating Robert Glenn Johnson Jr. "

Johnson is survived by his wife Lisa, daughter Meredith and son Robert Glenn.

Remembering Junior Johnson: The 1960 Daytona 500 in his own words