Remembering Junior Johnson: The 1960 Daytona 500 in his own words

First published in Autosport magazine in its "Race of my Life" series, this is the account of the 1960 Daytona 500 that the legendary Robert Glenn Johnson Jr kindly gave to me when I met him in 2010. He was Grand Marshal for the 500 that year, and his car took a ceremonial lap ahead of the race (pictured). Rest in peace, Junior. 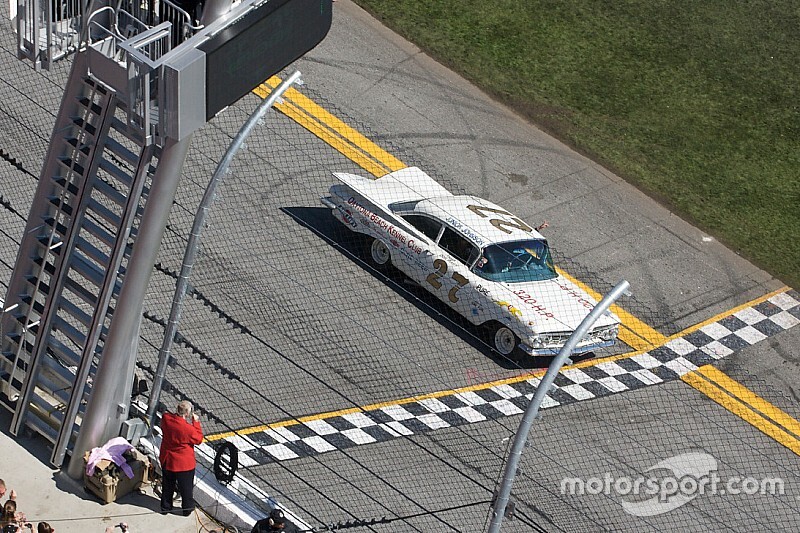 It was luck. I didn’t have a fast car, and was way off the guys running up at the front, like Jack Smith and Cotton Owens in high-powered Pontiacs, in my Chevrolet. My car didn’t have a race motor design – it was a 348 cubic inch engine that you’d put in a truck or somethin’!

But I had Ray Fox on my team, and he’s a great motor builder, so it lasted like it ’sposed to, but it just wasn’t up to speed. The key to winning that race was I was drafting all day long. I didn’t really know what I was doing – I didn’t know what ‘the draft’ was! I just knew that when I ran close behind somebody, I could keep up with them, even though my engine was much less powerful.

The moment I realised this was in practice. Cotton Owens came by, maybe 20-30mph faster than me, but in half a lap I was runnin’ right with him. I could even bump him if I wanted to! I didn’t know what it was, but I knew it was something I could take into the race and do something good with it. Nobody else had really figured out what I was doing.

Lo and behold, after doing it all day long, and it put me in a position to win the race near the end. Bobby Johns was the only competitor I had to beat for the win, and he spun out when his back glass blew right out because of a freak gust of wind. I went on to win the race.

Would I have won without that happening? I don’t think so. I couldn’t draft up to him, so I couldn’t keep with him, never mind pass him. Basically I stole the race. I didn't win it.

After the race, nobody believed that I’d won! It was just so awesome that a car as slow as I had was in Victory Lane. Drafting was something that was discovered that day, and it’s still something that is key to winning races today. It’s helped a lot of people win a lot of races.

Watching the guys today with their bump-drafting is pretty hairy. Sometimes they get by with it…sometimes they don’t.

NASCAR inducts sixth class into the Hall of Fame