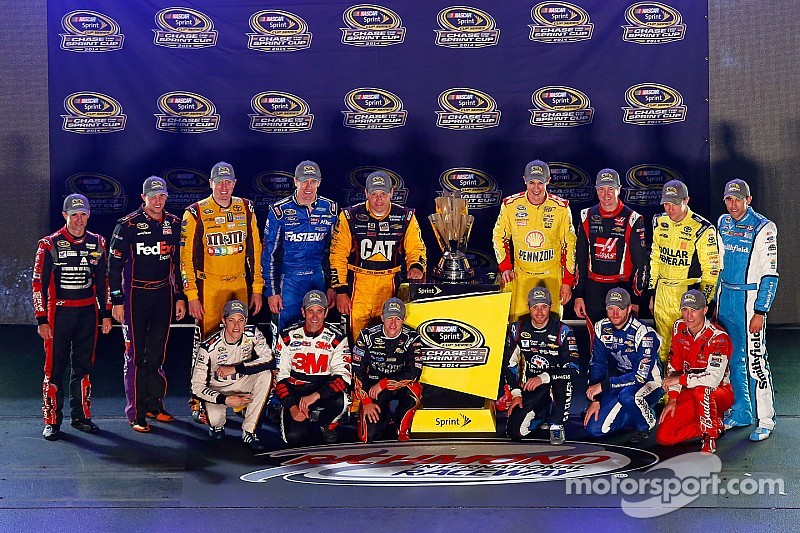 Greg Biffle earns the final spot in the Chase while Clint Bowyer must wait until next year.

RICHMOND – Clint Bowyer finished third on Saturday at Richmond International Raceway, but it was too little too late to earn one of the 16 positions in the Chase to the Sprint Cup.

“Where did the 16 finish,” Bowyer asked after the race.

“I don’t know,” replied his spotter Brett Griffin. “We’re seven points out of it man, like 18, 19 something like that.”

“I didn’t have anything for ‘em,” Bowyer replied.

“You did all you can, it was a good effort,” answered crew chief Brian Pattie. “Good pit stops. We should have run like this all year.”

Bowyer ran in the top five all night but never led a lap. It's the fourth time in his career that Bowyer has missed the Chase. He also failed to qualify in 2006 (his rookie year), 2009 and 2011.

Bowyer, who has not won a race in 67 starts, was humble in his assessment of the No. 15 Michael Waltrip Racing team.

When you do make the Chase, you want it to be for a championship, not just ride around in it.

“If you make the Chase you want to compete for a championship,” Bowyer said. “Truth be told, we're not there right now.  A lot of work to do.  We've got to continue to build on momentum like we had here tonight.

“It's definitely frustrating not making that Chase, but like I said, when you do make the Chase, you want it to be for a championship, not just ride around in it.  We still haven't won a race, and this 5‑Hour Energy Toyota team, everybody on this 15 team deserves a win by the end of the year, and I'll see to it they get it.”

Kyle Larson, Jamie McMurray and Paul Menard rounded out the top 20 in the point standings.

Biffle struggled all evening before finishing 19th. However, the top 20 finish was sufficient enough to maintain the 16th position and qualify for his seventh Chase.

“Coming to the pits, that helped us you guys pulled off some really good stops,” Biffle said.

“We have some work to do,” replied crew chief Matt Puccia. “But we’ve got 10 races to carry this all the way to Homestead.”

Biffle entered the race 10th in the point standings, but acknowledged it’s “been a tough season.”

Those guys that ran up in the top five probably didn’t break a sweat but I tell you what, this is the toughest thing I’ve ever had to do in my life.

“When you are that far off it is the hardest thing in the world to drive,” said Biffle, who flirted with the top 15 but spent most of the race two laps off the pace. “Those guys that ran up in the top five probably didn’t break a sweat but I tell you what, this is the toughest thing I’ve ever had to do in my life, driving and trying to stay in the top-20 like this.

“At the beginning of the race we were a lot better than we were at the end. We kept losing the handle and trying to adjust on it but weren’t getting anywhere. I drove all I had and that is all I could do to bring it home where I did.”

Could this be the year that Roger Penske pulls off the IndyCar/NASCAR double?