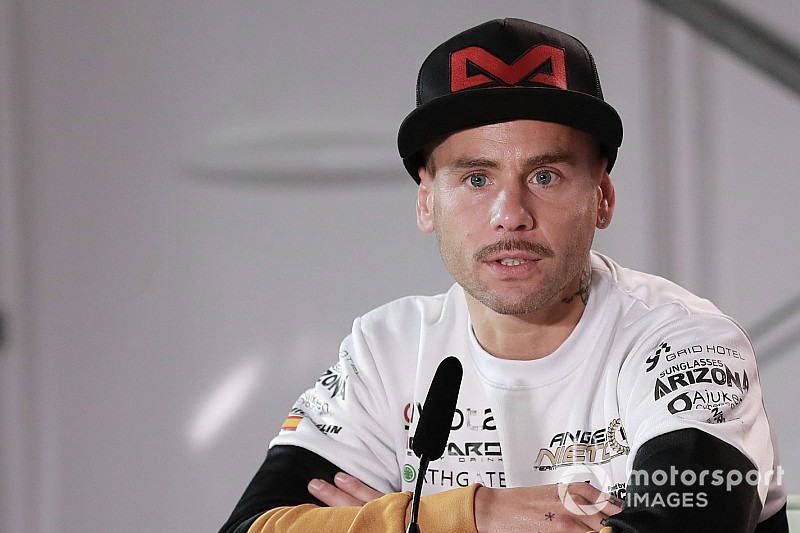 Angel Nieto Ducati rider Alvaro Bautista has emerged as the main candidate to replace Jorge Lorenzo in the Australian Grand Prix as the three-time MotoGP champion looks likely to miss another race.

Lorenzo has pulled out of a second consecutive MotoGP race at Motegi and, with the Phillip Island race just a week away, the Ducati rider reckons it is "almost impossible" to recover in time for that round as well.

He attempted to ride before deciding to withdraw at Buriram and Motegi, leaving Ducati with only Andrea Dovizioso as the sole factory entrant, on both occasions.

But Motorsport.com understands that Ducati is determined to field two riders at Phillip Island as it tries to beat Repsol Honda, which leads by 34 points, in the teams' championship.

As Ducati test rider Michele Pirro will be at Valencia testing the 2019 Desmosedici bike during the Australian Grand Prix weekend, Bautista has become the favourite to take Lorenzo's place.

Bautista, who is set to switch to World Superbike after nine years in MotoGP, has raced with a Ducati since 2017, ending up 12th last year and sitting 13th this season.

The Spaniard said: "It's a pity that Jorge is in this situation and I hope he recovers soon. Honestly, I am available so if they want me to get on the [factory] bike it would be a pleasure.

"But the truth is that I do not know anything about this possibility."

Should Bautista switch to the factory team, his current outfit Angel Nieto would need to also find a replacement rider for Phillip Island.

Lorenzo meanwhile is waiting for the results of a magnetic resonance imaging he had on Friday, but reckons he will focus on being able to ride in Malaysia, rather than Phillip Island.