Mazda’s Oliver Jarvis took pole position for the IMSA WeatherTech Sportscar Championship round at Mid-Ohio, even though his car broke down on the final lap of a thrilling qualifying session, as Ford’s supersub Sebastien Bourdais snatched GTLM pole.

Prototype qualifying got off to a bizarre start as Penske’s Helio Castroneves ran into the back of Pipo Derani’s #31 Action Express Cadillac on the out lap in his #7 Acura. Both cars continued, although Castroneves suffered frontal damage. Derani was undeterred, and pressed on to set the pace with 1m12.314s, with Castroneves getting to within 0.053s of him.

Jarvis jumped back to P1 with 1m10.796s, as Cameron ploughed off at Turn 1, and then improved to 1m10.705s – significant as this improvement kept Castroneves behind, as the Brazilian managed a 1m10.727s.

Jarvis was forced to slow on his final lap, which caused Castroneves to have a huge moment as he avoided him, and Castroneves' last lap wasn’t an improvement as a result.

“I was on a good lap, pushing hard, I knew it was close, and the engine literally just died on me two corners from the end,” said Jarvis. “It’s been a tough weekend so far, so to put it on pole was a big one for us.”

Castroneves will start second, ahead of teammate Cameron. Derani was top Caddy in fourth, ahead of Joao Barbosa in the second AXR car, with Ryan Hunter-Reay sixth in the second Mazda. 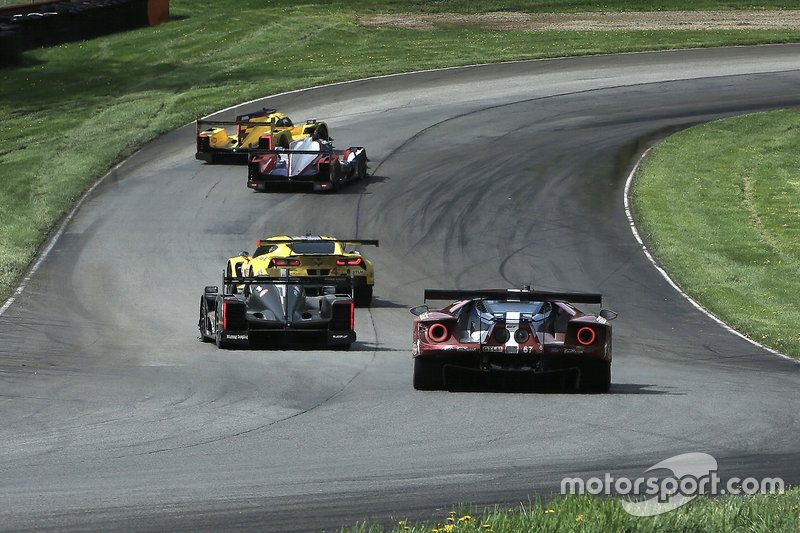 There was an epic battle for pole in the GT Le Mans class, as the track got faster right until the closing moments. Jan Magnussen set the early pace at 1m21.942 for Corvette Racing, but he was quickly eclipsed by BMW’s Connor de Phillippi. The second BMW of Jesse Krohn briefly grabbed P1 before Magnussen wrested it back.

Porsche’s Laurens Vanthoor leapt to the top in #912, before Bourdais grabbed it back with 90s remaining with 1m19.425s. Vanthoor took it back, only for Bourdais to best him again with a 1m19.124s, 0.275s quicker than the lead Porsche.

“It feels great,” said Bourdais. “It’s tricky conditions, so really happy we came out on top. Tomorrow it’s going to be sunny, so the whole tire situation will be different.”

Krohn qualified third, ahead of Chevy’s Tom Milner – making it all four marques in the top top four places. Ryan Briscoe will start fifth in Ford #67, ahead of de Phillippi, Magnussen and Patrick Pilet in the #911 Porsche.

Lexus on top in GTD 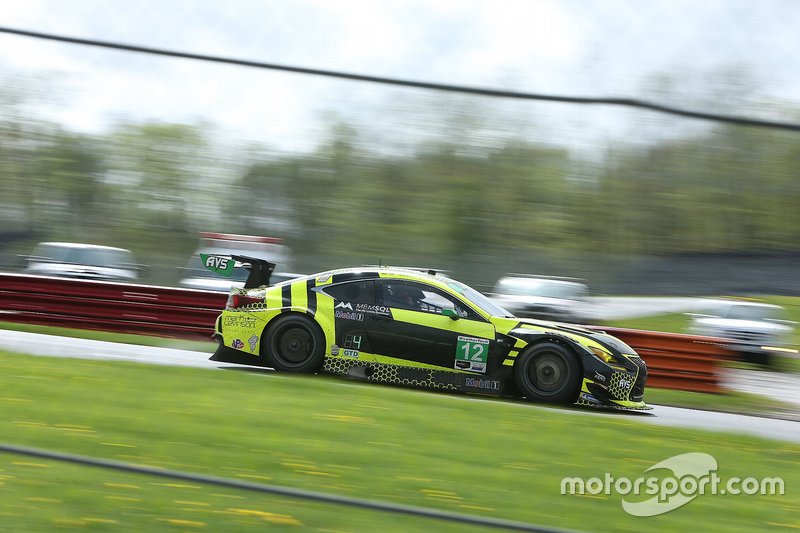 In GTD, a damp track was sufficiently dry for all runners to take slick tires, but moist patches made life tricky. Ben Keating spun the #33 Mercedes at the exit of the Keyhole, before Marco Seefried looped the #73 Park Place Porsche at the same place after suffering a tank slapper, which led to a red flag to allow him to be recovered from the boggy run-off.

Zacharie Robichon was the star of the show before the stoppage, outpacing the field by over 2s in the #9 Pfaff Motorsport Porsche 911. Times then tumbled, with the AIM Vasser Sullivan Lexus duo of Richard Heistand and Frankie Montecalvo leaping to the top at the resumption.

Robichon split them, just 0.008s shy of the top time, but wasn’t allowed to complete his final flier due to a procedural penalty. But Heistand would not have been denied anyway, as he lowered the pole time to 1m24.281s ahead of Robichon.

“It’s a great car and I was really happy with the lap,” said Heistand. “With the track drying we just had to switch the tires on. We have a really quick car here, especially in the quick stuff.”

Keating pulled out a last-gasp flier, to grab third from Montecalvo. McLaren joined the GTD ranks for the first time, with the Compass Racing machine of Matt Plumb qualifying a solid eighth of the 15 cars.