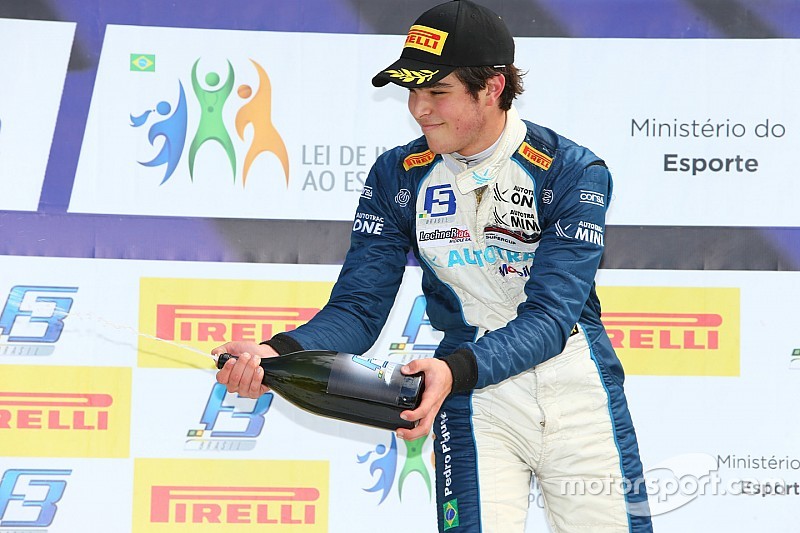 The son of three-time World Champion Nelson Piquet tested for both VAR and Carlin last year, before returning back to Brazil to win a second local Formula 3 title.

As expected he will now make the full-time leap to Europe for the 2016, and has opted to sign on with the Dutch squad for his rookie season.

“If you take look at the results of the last seasons in European F3, you will see that Van Amersfoort Racing is in the battle for the championship every year,” said Piquet.

“I also like the atmosphere within the team; a relaxed, almost family atmosphere yet with the ambition to win. I am confident that together with Van Amersfoort Racing I can show the world what I am capable of at the track.

“The FIA ​​European F3 Championship is incredibly competitive with grids of over 30 cars. In this championship I have the opportunity to grow as a driver.”

Deal a compliment for VAR

With plenty of high-profile options on the table, VAR boss Frits van Amersfoort says it’s a “big compliment” that the Piquets chose to sign with his team.

“The Piquet family know all the tricks of the trade,” he said. “For us it is a big compliment that Pedro and Nelson opted for us.

“Pedro has the dedication it takes to be a successful racing driver. We are going to help him turning his ambitions into results.”

Far from making wild predictions about fighting for the title in his rookie year, Piquet says he will be aiming to grow in to Top 10 performances as the season wears on.

He has also confirmed that he will move to Holland full-time, so that he can properly concentrate on adapting to the European racing scene.

“Maybe it is possible to travel between Brazil and Europe, but I think it is better to live in Holland,” he said.

“I want to be maximum prepared for my debut. Above all, this season will be a learning year.

“Especially on new tracks, I will have an disadvantage. But for the second half of the season I aim for Top 10 results.”

Earlier this week it was confirmed that Piquet will prepare for his maiden European F3 season by competing in New Zealand's Toyota Racing Series over the European winter.