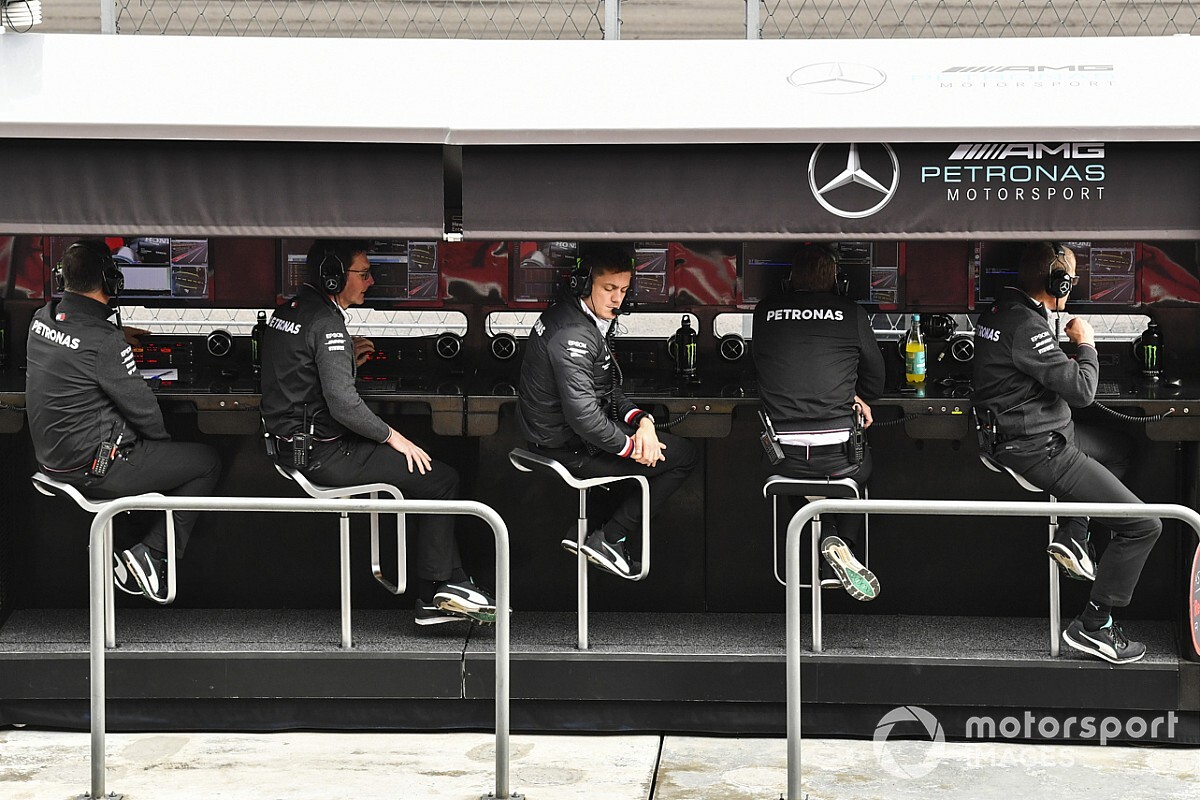 Mercedes Formula 1 boss Toto Wolff says that teams should open up internal radio communications in order to entertain the public.

An outwardly uneventful race in Belgium and Lewis Hamilton’s continued dominance of the 2020 season have led to some disappointment among fans, with Mercedes looking odds-on to win both world championships.

Wolff insists that there’s much more drama going on in the Mercedes garage than people might suspect, with concerns about reliability and so on.

He believes that putting that across to the public by allowing broadcast of internal discussions that don’t involve the driver would be good for the show.

“I understand what the fans say,” he said when asked by Motorsport.com. “And there are some races which are not very entertaining, and then there are others which are the contrary.

“We always doubt, we don’t really believe that we are running away with the championship, and obviously there is a lot more drama that is happening behind the curtains, getting parts ready, having engines fail on dynos, trying to bring upgrades to the track last minute, and then like today, all the worries around making it to the end on a one-stop.

“I think what we should look at is making those communications available to the fans, that they can really follow the action and see what’s going on on the intercoms. And if that is available, if every team would open up, I think maybe that could be an additional way of enhancing the entertainment factor.”

Wolff is also confident that upcoming races at new venues for F1, or tracks that have not been used for many years, will add some excitement to the championship. Mugello, Nurburgring, Portimao, Imola and Turkey have all been added to the 2020 schedule, while the second Bahrain race will be held on the short outer circuit.

“And then coming back to the iconic Imola too. And then Turkey, and Bahrain. A lot of changes coming towards us, and I hope that they will increase the entertainment factor.”

McLaren not counting out Ferrari’s ability to ‘strike back’