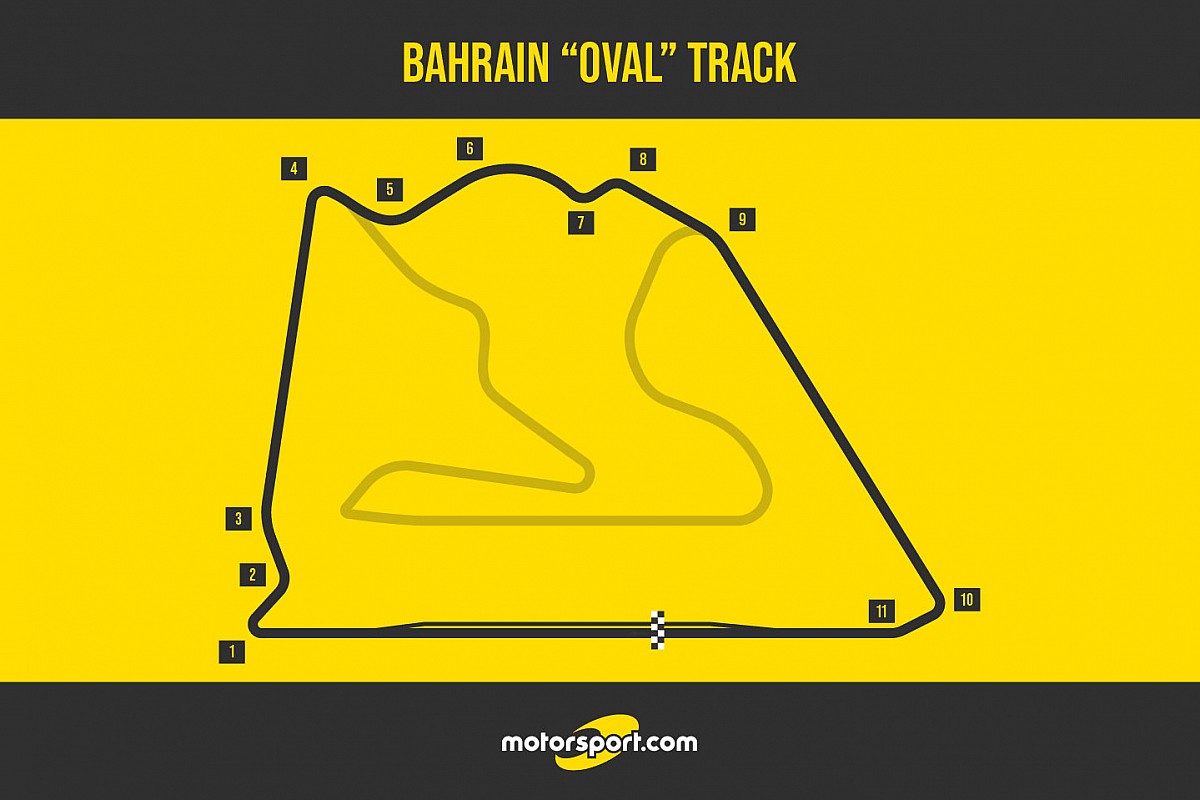 Formula 1 has revealed it will use the outer 'oval' layout of the Bahrain International Circuit for the second race held at the track in December.

F1 announced earlier this week that Bahrain would be hosting two races in the closing stages of the 2020 season after finalising the 17-race calendar for this year.

F1 managing director of motorsports Ross Brawn said back in June that the series could take advantage of the alternative layouts that could be used in Bahrain, including the "almost oval track".

It has now been confirmed by F1 that the second Bahrain race on 6 December - known as the Sakhir Grand Prix - will be staged on the outer loop layout.

"We are excited to announce the outer circuit as the format for the Sakhir Grand Prix and want to thank our partners at the Bahrain International Circuit for their continued support," said Brawn.

"We assessed a number of options for the alternative circuit layout and concluded the outer circuit will provide the best alternative and will provide a new challenge for all the teams and entertain all our fans with high speeds and fast lap times."

Sheikh Salman bin Isa Al Khalifa, Chief Executive of Bahrain International Circuit, added: "We thank Formula 1 for all their work in analysing options for our second race and it's a great testament to our venue that we will be able to hold what is likely to be very contrasting races on consecutive weekends.

"Our outer track has never been used for international competitive racing, so will be a new and exciting challenge for all participants."

The configuration follows the current grand prix layout up to Turn 4, after which it turns left before a series of fast corners.

The cars will then rejoin the existing circuit at the top of the hill leading onto the back straight before completing the lap as normal with the double-apex right-hander.

At just 2.277 miles, the outer loop is more than a mile shorter than the current grand prix circuit, but holds an FIA Grade 1 licence required to stage an F1 event.

F1 anticipates cars will complete laps in less than 55 seconds in qualifying and at around 60 seconds in the race, making it one of the shortest laps in the series' history.

Bahrain International Circuit chief executive Sheikh Salman bin Isa al-Khalifa told Motorsport.com in June that he was initialled surprised by Brawn's suggestion, but was open to the idea.

"It's a low downforce track," Sheikh Salman said. "There's no way I'm going to compare it to Monza, but it's a track where you're going to run the cars on minimum downforce, so there will be slipstreaming.

"Hopefully we can have three DRS zones."

The outer loop has only previously been used for club racing and corporate events. F1 previously used the longer 'endurance' layout in Bahrain for the 2010 grand prix, but did not use the configuration again.

Why Bahrain 'oval' is the kind of innovation F1 needs