Verstappen tells Russell to focus on his own car 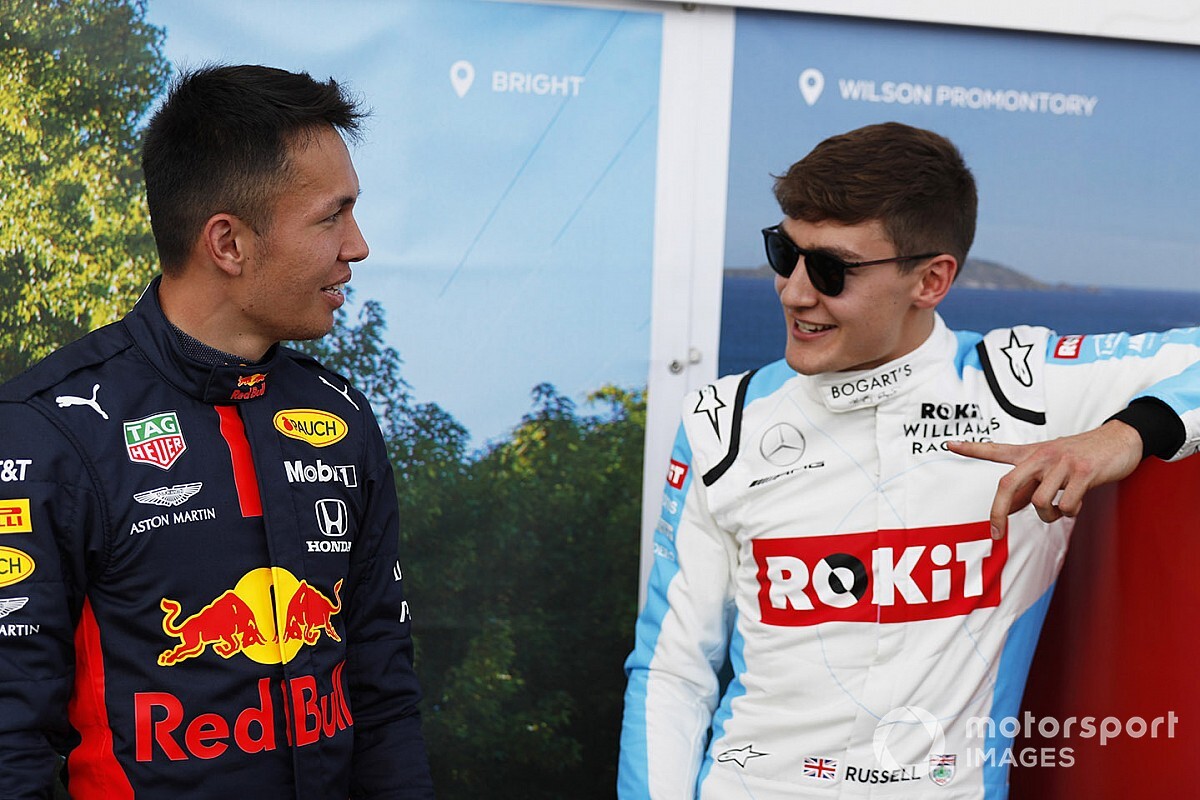 Max Verstappen says George Russell should focus on his own car and team instead of "speaking for someone else" following the Williams' driver's comments about Alexander Albon in Hungary.

Russell reached Q2 for the second race in a row by qualifying 12th for Williams at the Hungaroring, one place ahead of Red Bull driver Albon.

Albon struggled with the balance of his Red Bull RB16 car throughout qualifying, and also made a couple of mistakes on his final Q2 run that meant he missed out on the top-10 shootout.

Russell leapt to the defence of Albon after the session, saying he was "being made to look like an idiot and he's absolutely not", and called on the Red Bull team to "sort it out".

When asked how much he was having to hustle the Red Bull car in light of Albon's struggles and Russell's comments, Verstappen said it was not the place of the Williams driver to comment.

"George doesn't know anything about the team," Verstappen said. "I think it's better he just focuses on his car and his performance instead of speaking for someone else.

"From my side, I think i always try to get the maximum out of it, I try to push as hard as I can.

"It doesn't mean if my car is not, let's say, capable of getting pole position that I give up. I still try of course to push it to the limit."

Albon's Q2 exit came off the back of a difficult race in Austria last Sunday where he finished 11 seconds behind Verstappen despite the Dutchman making an additional late pit stop.

Asked by Motorsport.com how he would pick himself up from these struggles, Albon said it would take time to get around them.

"As a team we've struggled at the start of the season," Albon said.

"Obviously it's my first year in the team from the beginning of the season, so I'm in that process right now.

"It's not what we want, but saying that I'm still not happy with my qualifying performance. I still feel like my run one wasn't ideal and I definitely made a few mistakes, so we would have been in Q3 if it wasn't for that.

"Still, it's not a top five where we really should be, and it's obviously trickier to drive when the car isn't doing what you want it to do.

"I'm sure we're going to get on top of it. I know that the guys are working flat-out at the factory and despite the issues, we are making the car better, so bit by bit it's coming along.

"Just like how Red Bull have done in previous seasons, I'm sure we will get stronger towards the end."

Racing Point not ruling out team orders in Hungarian GP