Albon "made to look like an idiot" in Hungary, says Russell 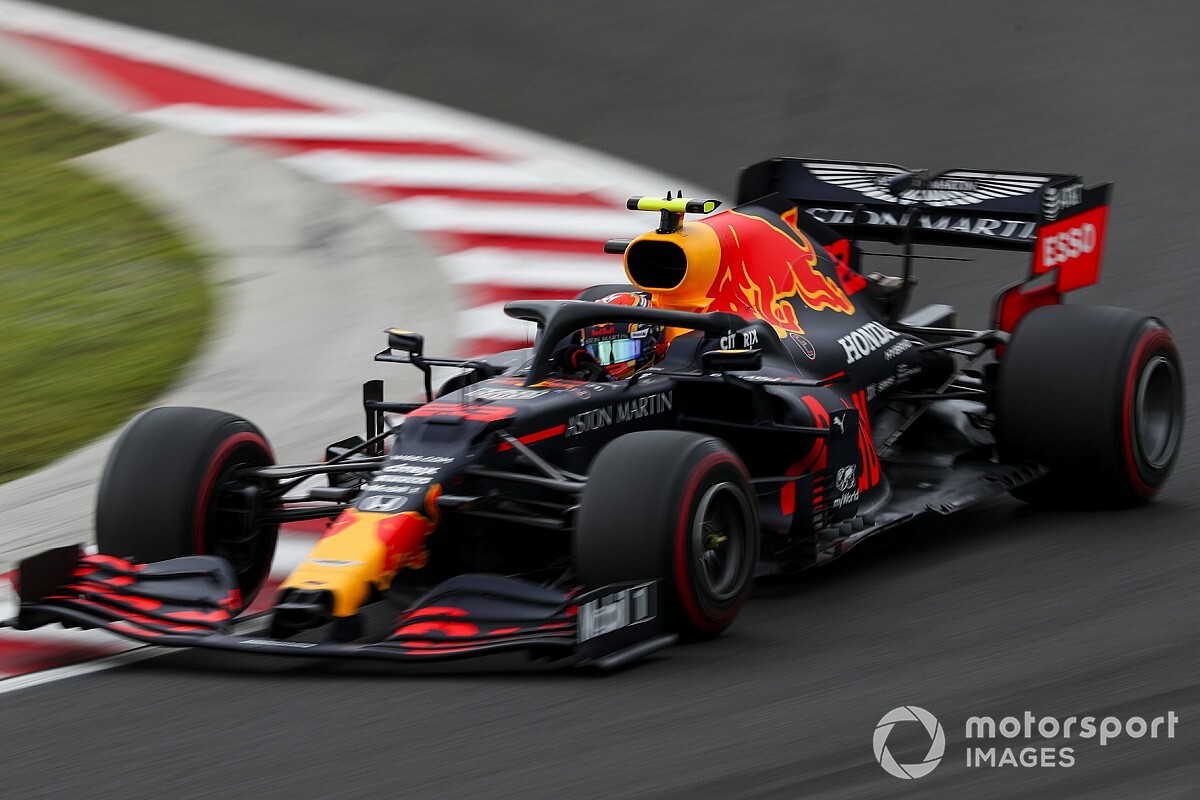 Williams’ George Russell says that Alex Albon is “being made to look like an idiot” after the Red Bull driver struggled to 13th in Hungarian Grand Prix qualifying.

Albon has endured difficulties with a skittish RB16 at the Hungaroring, complaining of understeer during practice and eventually dropping out in the second part of qualifying.

His teammate Max Verstappen got into the third part of qualifying, but only managed seventh, having been 1.4s off Sunday’s polesitter Lewis Hamilton.

After a tricky pair of races in Austria with mixed fortunes, Albon has come under pressure to perform, which Russell feels is unjustified – having raced against each other in various junior categories.

Russell and Albon fought for the Formula 2 title in 2018, with Russell winning out, while Albon also battled with Charles Leclerc for dominance in the GP3 Series back in 2016.

“I mean, I've known Alex for the last, you know, 15 years, been in the same paddock as him,” Russell told Sky Sports F1.

"He's one of the best drivers we all race you know, Max, Charles, all of us will say it he's always always been at the front and everything he's done.

“And I don't know what the hell is going on.

“I feel really, really bad for him because he's being made to look like an idiot and he's absolutely not.
“He's won in everything he’s done. So I don't know what's going on but they need to sort out for him.

Russell himself enjoyed a strong charge to 12th on Sunday’s grid, beating Albon by just a fraction of a second as teammate Nicholas Latifi grabbed the 15th-best time to ensure both Williams cars made it into Q2 for the first time since the 2018 Italian Grand Prix.

In that event, Sergey Sirotkin qualified in 12th place as Lance Stroll made it into Q3, qualifying 10th as both cars made it into the points.

"Our aim was Q2 the Alfas and the Haas,” Russell explained.

“And the car just came alive at the start of Q1 and got in a good groove, and gave it everything I had.

“It's actually annoying, two weeks in a row to miss Q3 by a such a small margin!

“I'd prefer to be a bit further away because it feels a bit frustrating as such - but yeah, I’m really pleased.”