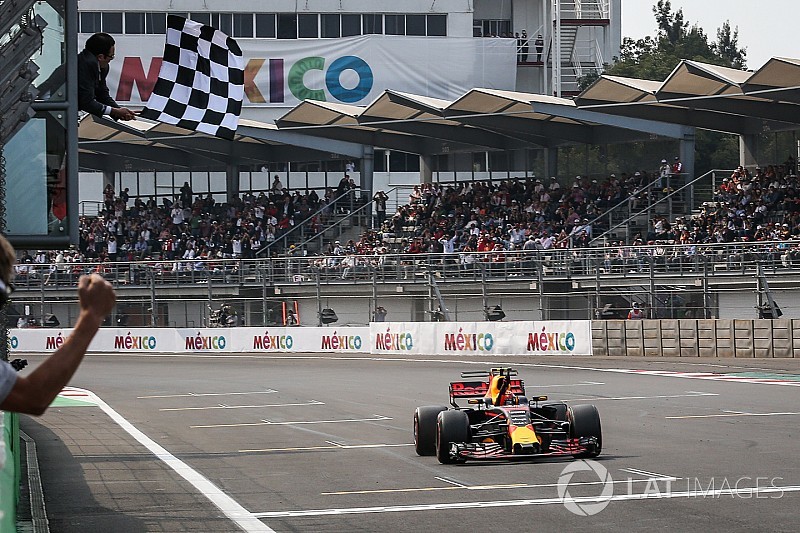 Max Verstappen says he wants to turn Formula 1 races into boring processions, because he thinks dominating from the front is better than having to fight hard for success.

After controlling the Mexican GP from lap one – so much so that team boss Christian Horner reckoned he got ‘bored’ - Verstappen has said that he much prefers races like that than those where he has had to pull off overtaking moves.

"Yes, because this is winning - and I think this is the most beautiful way of doing it,” said Verstappen. “Of course, overtaking is fun. But in recent years I've never been in a position that I could control races.

“But this is what I did in karting, actually, and in the end this is what you want to do. Overtaking is definitely nice, but to me it’s not something that’s necessary.

"Ultimately you want to win races like [Lewis] Hamilton and eventually win a championship."

Verstappen’s three victories in F1 have all been through different circumstances – his maiden success in Spain coming after race leaders Nico Rosberg and Hamilton crashed, while in Malaysia he had to overtake Hamilton.

Asked how he rated the Mexico win, he said: “This is certainly one of my favourite ones of course, because you not only won the race, you also controlled it, without any pressure from behind.

"I hope that we will be in the same position next year. From the very first race."

Verstappen set up his Mexican GP win with a brilliant move around the outside of Sebastian Vettel at Turn 1, before muscling his way past and edging clear when his Ferrari rival clashed with Hamilton.

Although the Turn 1 manoeuvre was classic Verstappen aggression, the Dutchman said there had been no pre-planning about how he would approach the situation.

"I totally did not think about it beforehand,” he said. “I haven’t even watched back the races of the last few years to see what happened there. So I just did my own thing.

“It’s pure instinct. I have never done that [thinking about what to do at the start], not in karting either. My father has never told me how to do a start either. So it’s just pure feeling."

Why Mercedes' 2017 F1 titles are its most impressive yet