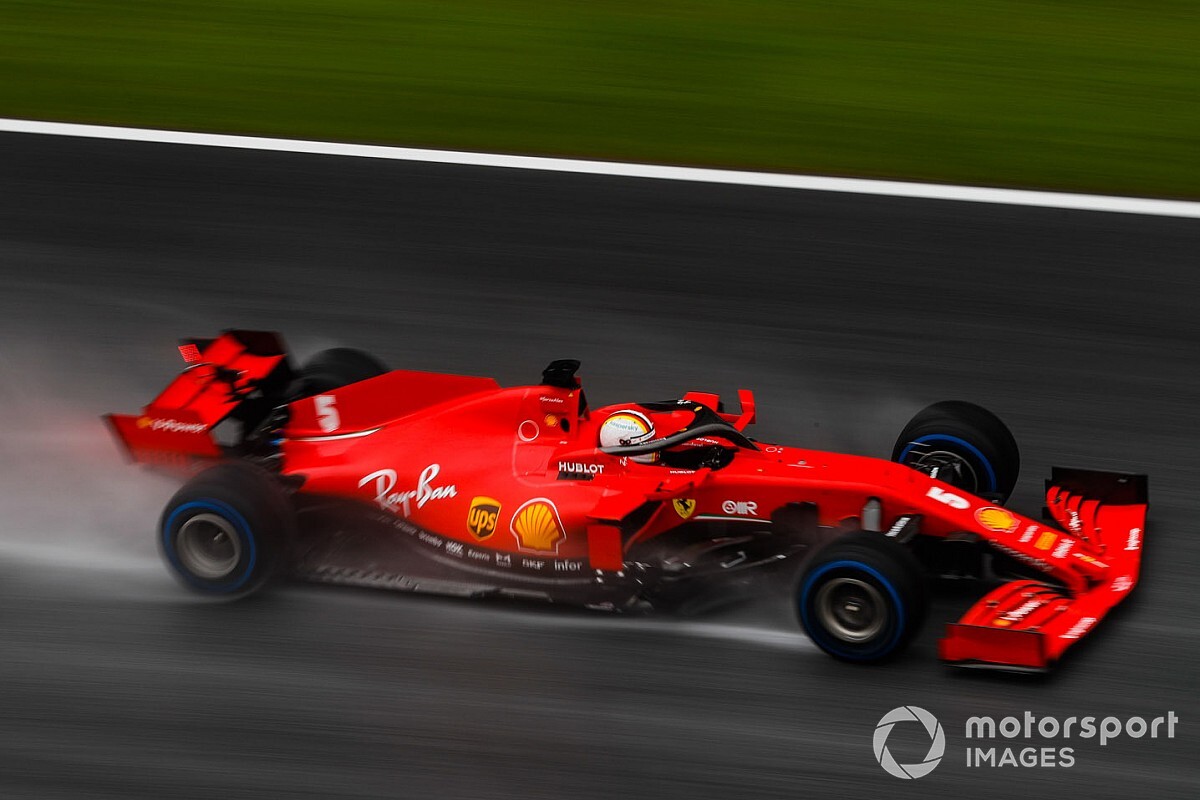 Mattia Binotto says Ferrari must work to understand its struggles after another disappointing Formula 1 qualifying in Austria, calling its performance “not good enough for a team by the name of Ferrari”.

After fast-tracking some of the updates planned for Hungary to the second race at Red Bull Ring, Ferrari remained stuck in the midfield through qualifying for the Styrian Grand Prix.

Sebastian Vettel led its charge in 10th place, while teammate Charles Leclerc failed to make it out of Q2 in the wet qualifying session, finishing 11th. He will drop to 14th on the grid due to a three-place penalty for impeding Daniil Kvyat.

It marked a continuation of Ferrari’s woes at the start of the 2020 season that has seen its straight-line speed nosedive, with team principal Binotto claiming last week it was costing 0.7 seconds per lap compared to Mercedes.

Binotto did not mince his words when reflecting on Ferrari’s qualifying performance, noting the team’s failure to perform in either qualifying session so far this year.

"A really disappointing day. We have to accept that the stopwatch doesn’t ever lie,” Binotto said.

“In two qualifying sessions, albeit in different conditions, we have not been competitive, not only against those who have been our closest rivals over the past few years, but also against others, who up to yesterday were generally behind us.

“We worked very hard to bring updates to the car earlier than planned, but they didn’t show their worth on track.

“We have to work out why and change this state of affairs, which is just not good enough for a team by the name of Ferrari.

“We mustn’t get het up about it, but we cannot ignore the facts.”

Ferrari brought a number of new parts to the Red Bull Ring, with further updates set to arrive in Hungary next week.

While Leclerc was able to snatch a podium through the chaotic final stages of last week’s season-opener in Austria, the team remained frank about where it stood in the pecking order.

In qualifying on Saturday, Ferrari was outqualified by both cars from Mercedes, Red Bull, McLaren and Renault, as well as one of the AlphaTauris.

Vettel reported after Friday’s practice running that the SF1000 felt like “a different car” thanks to the updates, but failed to hassle the leaders through qualifying, ultimately finishing 2.4 seconds off Lewis Hamilton’s pole position time after struggling with tyre temperature.