Mattia Binotto believes it will be “very difficult” for Ferrari to rectify its straight-line speed disadvantage this Formula 1 season after losing 0.7 seconds per lap to Mercedes in Austria.

Ferrari endured a disastrous qualifying at the Red Bull Ring on Saturday as Charles Leclerc qualified almost one second off the pace in seventh, one year on from taking pole position at the same circuit.

Leclerc was able to battle through to second in an eventful race on Sunday despite spending much of the race stuck in the midfield fight, while teammate Sebastian Vettel ailed to 10th after a clash with Carlos Sainz Jr, having failed to reach Q3 the previous day.

After widely being recognised for having the best power unit through 2019, Ferrari appeared to take a dramatic backward step for 2020, with all three Ferrari-powered teams suffering a big drop in pace compared to last year in Austria.ç 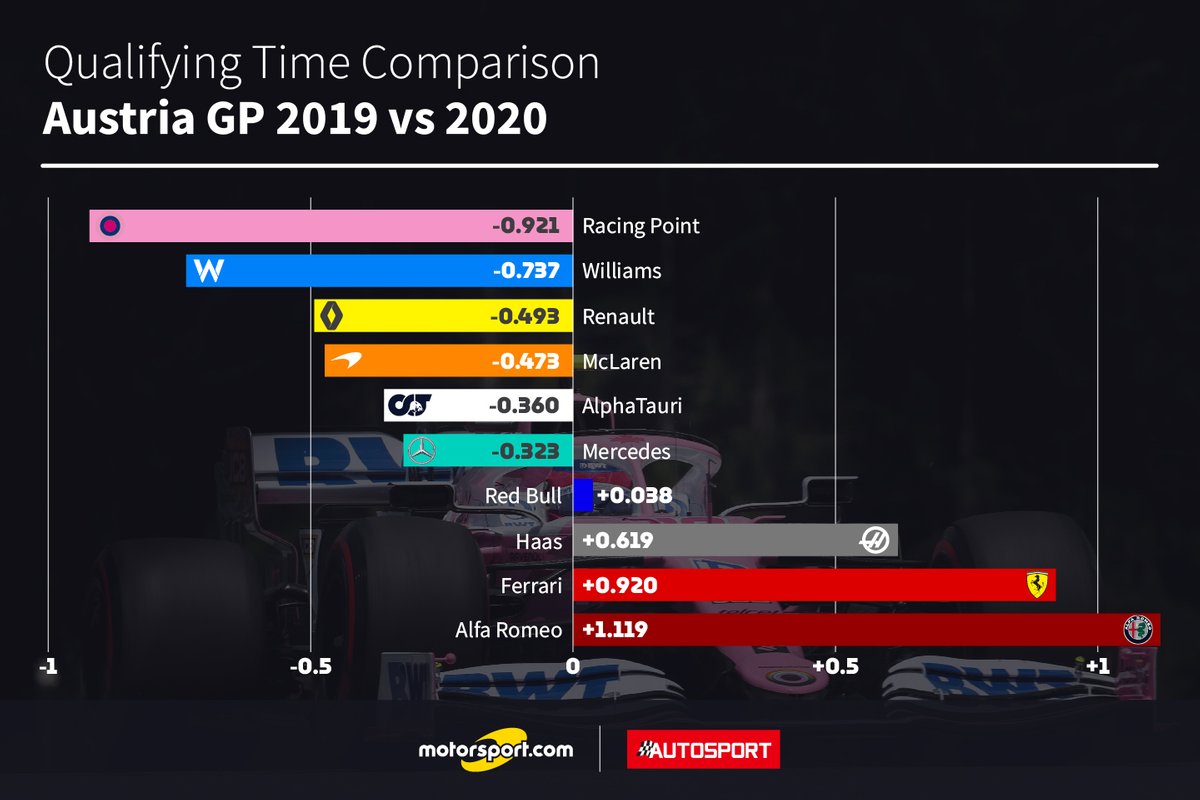 The setback comes following a private settlement between the FIA and Ferrari over its power unit in 2019 amid recurring questions over its legality.

Speaking after the race in Austria, Ferrari team principal Binotto said that while a significant update package for the SF1000 car was planned for Hungary in two weeks’ time, there was no easy fix for the issues.

"We need to improve our car, as there are some miscorrelations with the design, the car behaviour, especially on the aero,” Binotto said.

“That’s a development we have started again, coming back from the lockdown, and hopefully we have very soon at the race track.

“It will not be the final solution, as there is no silver bullet. What’s important for us is to improve those type of behaviours.”

Binotto addressed the one-second gap between Leclerc and Mercedes polesitter Valtteri Bottas in qualifying, believing seven tenths of that was down to the power unit alone.

“If I looked at yesterday’s qualy, compared to the pole, we are missing a second,” Binotto said.

“Of the second, three-tenths in cornering, in what I was just speaking about. But then there is still seven tenths on the power unit on the straights.

“I think that one will be very much difficult, because the engine is frozen for the season.

“The speed on the straights, that is [also] about the drag, and drag is not something we are addressing very soon.

“But let’s analyse all the data and let’s see what we can do for the future.”

In further proof of Ferrari’s backward step year-on-year, Leclerc’s time in Q3 was nine-tenths of a second slower than his pole lap in Austria from 2019.

Asked how it was possible to have lost so much time in 12 months, Binotto said he preferred to focus on the comparisons to Ferrari’s immediate rivals.

“I think the comparison should not be to last year, but compared to our competitors.

“Now we are focussed on our relative competitiveness to our competitors, looking at the qualy lap and the result today, and try to address the issues of our cars.”