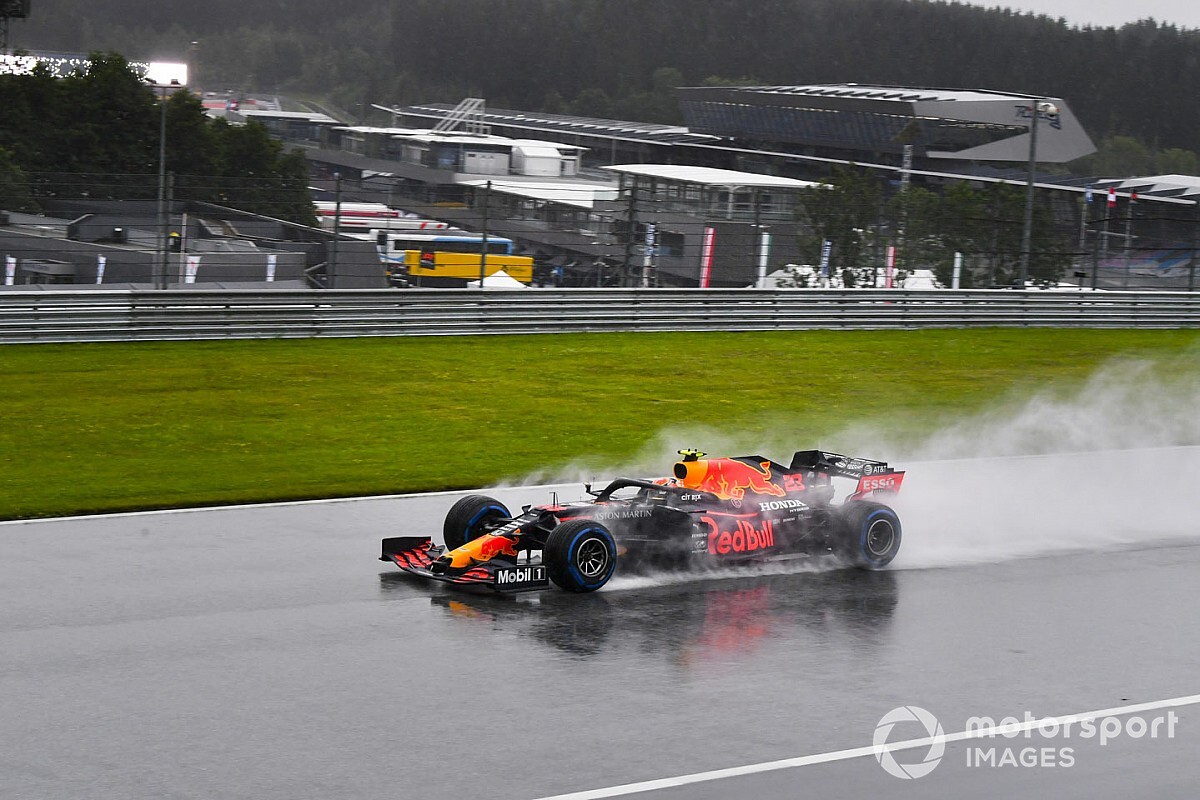 Red Bull Racing Formula 1 driver Alex Albon said a mistake when he hit a “river” on a his crucial last run in Q3 cost him a potential third place on the grid for the Styrian GP.

Albon had to settle for seventh place, five positions and 0.582s behind teammate Max Verstappen, but was convinced that he should have qualified just behind the Dutchman.

The British/Thai driver said that he was happier with the car this weekend, although he still found it tricky on the limit, having spun several times during the weekend.

“Q3 was looking okay,” he said when asked by Motorsport.com. “We did a couple of set-up changes and brought the car into the best window and unfortunately it was my mistake. I just locked up into Turn 4 and went wide.

“We were on actually for a pretty good lap. I think P3 was almost, I won’t say definite, but there was a lot of time there. Just my fault, braked a little bit later than I normally did.

"I had a bit more margin that I knew of, and the thing is there's a river going to Turn 4, and I just locked the outside front wheel in the river and went wide.

“Basically the track was just changing so much it was incredible. When the track gets greasy, the tyre starts to overheat, and you lose traction.

"When the track was really wet, the traction improves, but then you get aquaplaning down the straights and you get a little bit of a disconnected car when you go across rivers and things like that.

“There was a period there where no one was improving. And that's just the way the track was. In Q3 it was really hard rain until the last two minutes. That’s where my mistake hurt me the most, because I locked up on the best lap, when the track was quick.”

“We just thought it was a bit better, to be honest, better suited to the track and I felt that the old front wing was a bit stronger this weekend.”

“This weekend I'd say I found a little bit more difficult than last weekend, just need to figure out why.

“I think the package this weekend's a bit better, but just struggling to maximise it. Rain does tend to highlight areas with wherever you're you feel a bit weaker than others it can make the car harder to drive, like the rear being a bit on edge in some places.”

FIA praised for running “on the limit” Styrian F1 qualifying