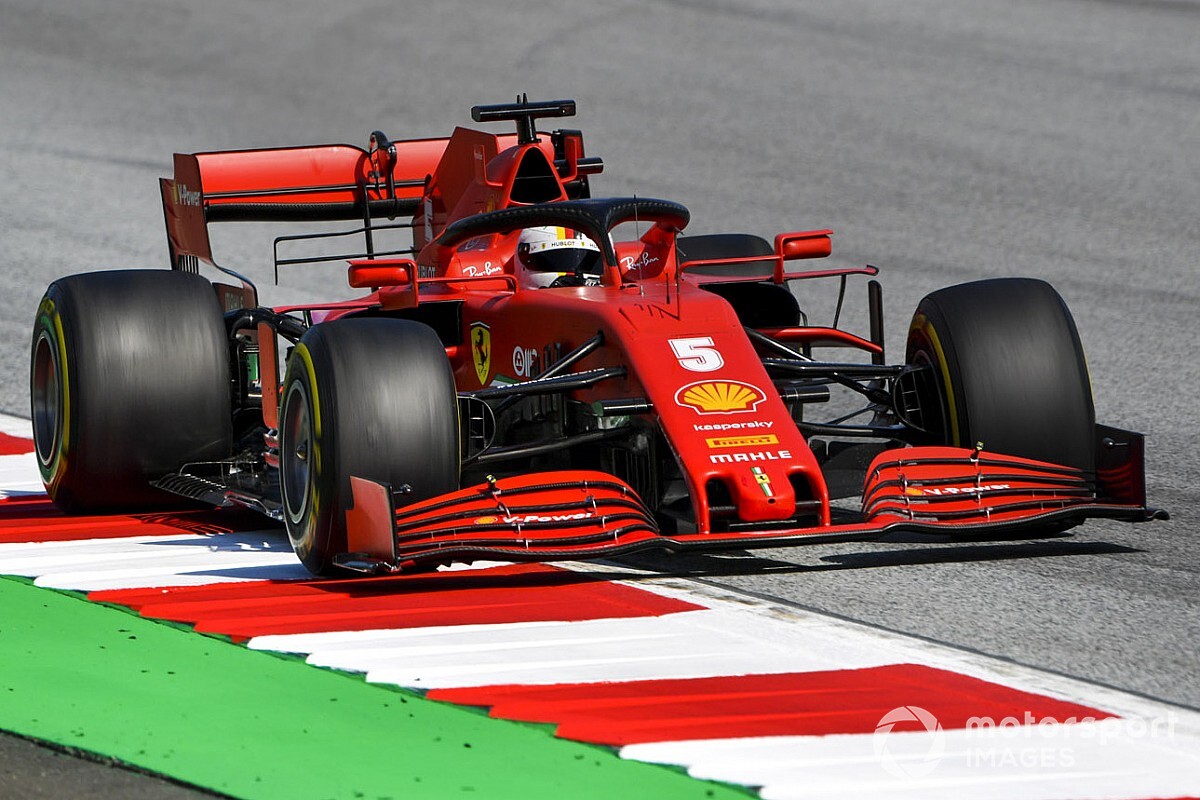 Sebastian Vettel says that the Ferrari SF1000 feels like "a different car" despite only finishing 16th in second Formula 1 practice for the Styrian Grand Prix.

Vettel struggled through the second half of last weekend in Austria, qualifying 11th before finishing 10th in the race after a clash with McLaren's Carlos Sainz.

Vettel was blighted by balance issues throughout qualifying and the race, something Ferrari aimed to remedy by fast-tracking some of its Hungary update package to the second Austria race.

While Vettel could only finish 16th in FP2 between the Williams pair of George Russell and Nicholas Latifi, he said the feeling in the cockpit was already "a lot better than last week".

"If you look at the timing sheet, obviously I got the lap deleted and it was not a great day for lap times," Vettel said.

"Some people anticipated maybe rain tomorrow, and just prepared in case this is the qualifying for Sunday.

"On our side, the main thing was to look after the upgrade that we brought, so step by step we were putting stuff on and it seems to be positive. We still need to have a look and now find the best window where the car is happiest.

"We tried some stuff. So the usual homework. I tried a lot of stuff on the brakes and I still need to get into a better rhythm, especially after the last weekend. But I think felt a lot better already today."

Vettel was particularly vocal about his complaints with the car running on high fuel in the race, but said it had made a notable step forward in both long- and short-run trim.

"All day it was straightaway a different car, and then I was just able to get at it," Vettel said.

"It's not really possible to compare the two because there was such a big difference, and obviously now I hope it stays like this."

With rain forecast for Saturday in Spielberg, teams are braced for the possibility of qualifying being delayed to Sunday morning, or for the FP2 times to set the grid for the race.

Asked if he would prefer a wet or dry qualifying, Vettel replied: "Probably wet. I think it should increase our chances.

"Let's see. If it's so wet that nobody can drive, then it's a different wet. But if it's just wet, I think would mix things up."