Sainz had to complete Dakar stage stuck in third gear 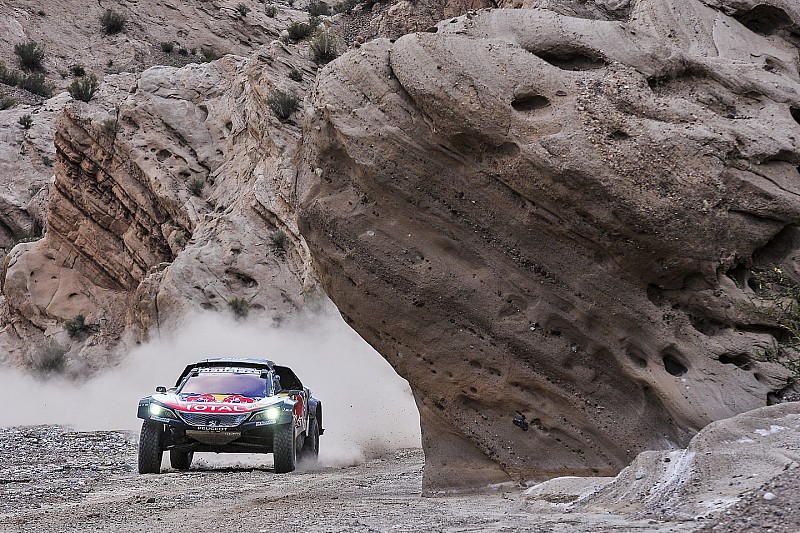 Dakar leader Carlos Sainz had to complete Thursday's stage stuck in third gear, after a gearbox problem threatened to derail his march towards victory.

The Peugeot driver was hit with the problem 15 kilometres from the end of the stage in San Juan, following a puncture earlier in the day.

However, he was able to limp to the Autodromo El Zonda bivouac in third gear, the Spaniard retaining the majority of his comfortable lead over teammate Stephane Peterhansel.

"At the end we had a puncture in the second part of the stage and then I broke the gear change and I had to finish in third gear for the last 15 kilometres or so," Sainz explained.

He also admitted that the issue made for a nervous run to the end of the stage, fearing hopes of a second Dakar triumph might be scuppered.

"Yes, because it has started to make strange noises if I went into fourth or fifth. I decided not to go out of third and that seemed to be going well.

"Another day less and with a 44 minute [lead], so I’m happy. I think we’ve already had enough with these mechanical failures."