Oliver Solberg will drive a Hyundai i20 Coupe WRC car at the Rally di Alba event in Italy after being forced to withdraw from WRC Rally Sardinia.

The son of 2003 WRC champion Petter Solberg was set to contest this weekend’s WRC round in a top flight Hyundai WRC car but was forced to sit out after his father contract COVID-19.

As a result, Oliver was required to quarantine for 14 days in Porto after Rally Portugal as per WRC COVID-19 protocols.

Hyundai boss Andrea Adamo confirmed to Motorsport.com that Solberg would receive another opportunity in a WRC car last week after impressing on his way to seventh on debut at Arctic Rally Finland in February.

It has since been confirmed that the 19-year-old will contest the asphalt-based Rally di Alba held over June 12-14, alongside 2019 world champion Ott Tanak, who will also drive an i20 Coupe in the RA Plus World Rally Car element of the popular Italian event. 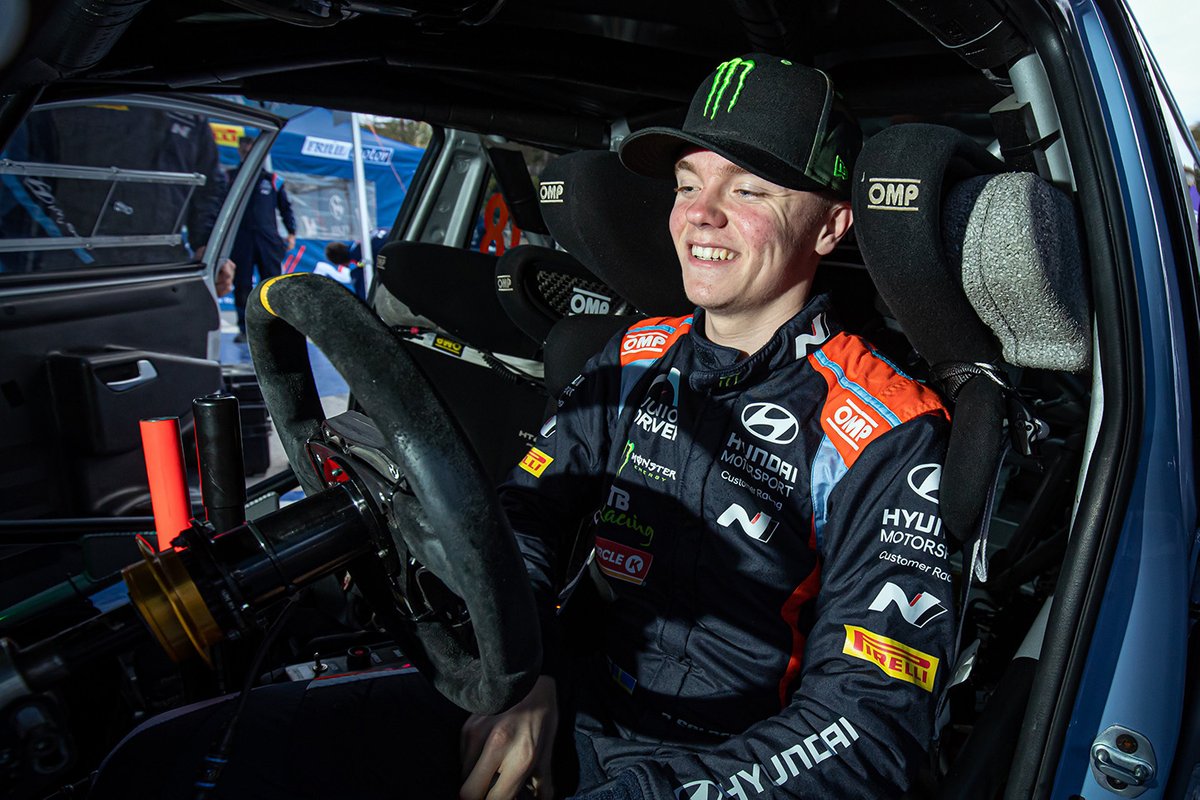 “Rally Alba will definitely be very exciting. It’s a fantastic event which has been made very famous through the years, with a lot of big names taking part,” said Solberg.

“For me, it’s a really good opportunity to gain experience with the Hyundai i20 Coupe WRC on Tarmac. This will be the first time I drove a World Rally Car in competition on this surface, so it is very exciting.

“I have been watching some onboards from previous years of Alba and the roads look fantastic. I’ve also seen some videos with all the Hyundai guys driving from last year and it looks very nice.

“But as well, I know Alba is not a WRC round, it’s a smaller rally, with no pressure – this is nice to just to drive and gain experience. I think it’s a good opportunity from Andrea [Adamo – Team Principal] to give me more testing with the WRC.

“I have to say a big thank you to Mr Adamo and all the Hyundai Motorsport team for giving me this opportunity.

“Hopefully, we can have a good race and learn as much as possible.

“For sure, the competition will be hard with Ott [Tanak] there with the World Rally Car and the other WRC cars. It’s fantastic for me to get the data and learn as much as possible.”

The strengths behind Solberg 2.0 The steely determination behind the WRC’s Solberg 2.0