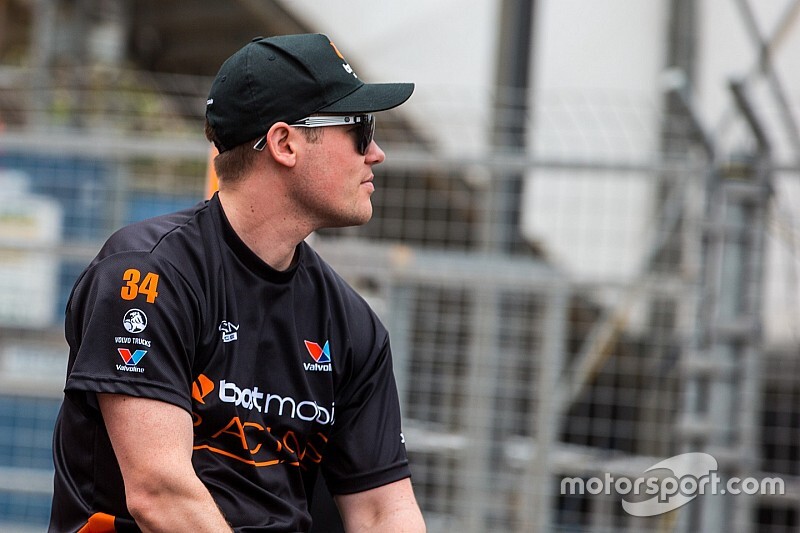 Richie Stanaway may have driven his final race as a professional driver, the New Zealander contemplating a permanent retirement from the sport.

Stanaway has no Supercars deal for the 2020 season, left without a drive as Garry Rogers Motorsport exits the category.

It's the second year in a row he's faced an uncertain future, after a messy split with Tickford Racing at the end of 2018, one year into what was meant to be a two-year deal.

With next to no full-time drives left on next year's grid, a potential future for Stanaway in Supercars would likely be through a return to an enduro co-driver role.

However he may not even pursue that, Stanaway confirming to Motorsport.com that he may walk away from the sport altogether.

"Honestly, I feel fine about everything," Stanaway said.

"I'm not really sure if I'll race anymore, I'm on the fence. I'm thinking about going cold turkey.

"It's been on my mind for a while. I don't want to make any decisions yet, I might give it a couple of weeks or a month and then really be int he mood to co-drive or go back into GTs or whatever.

"But I'm on the fence at the moment with what I do. I'm pretty happy with where I'm at."

He added that a full-time return to GT racing in Europe is not on the table, Stanaway keen to continue living down under.

"The thing is, I lived [in Europe] for eight years and I've been back here for thee years," he said.

"I feel like this is the last championship I would have been satisfied racing in, and it hasn't worked out."

When pressed on what he'd do instead of racing, Stanaway said: "Same thing everyone else does with their life – find something else to do. I've got a few ideas..."

Stanaway marked the likely end of his full-time Supercars career with a 15th place in Newcastle, as he finished 24th and last of the primary drivers in the points, his tally severely dented by missing six races due to injury.

While there was little in the way of front-running results, Stanaway reckons he made genuine gains in his driving across the season – which were masked by a lack of outright pace in the car.

"There's plenty of positives to take out of the year," he said.

"If you look at the results on paper sure it's not great. But for my own personal experience I've still managed to develop myself and push myself to a higher level with these cars.

"Towards the end of the year I started to get more comfortable with driving the cars on the limit, and then stress levels come down and you get more consistent. But nobody would really see that, because we haven't had the car speed to get results.

"I'm still happy about what we've done, it's been a good experience. It's just unfortunate that in a category like this you need a little bit of luck with the politics and the commercial side of it, and I've had a bad run with that side of it.

"Last year I basically didn't have a sponsor, and this year the team hasn't seen the benefits of developing the cars – which I actually agree with, because there's no point Garry [Rogers] and Boost [Mobile] spending the same of money Penske did developing the cars."

UPDATE: Since this story was originally published, Stanaway has taken to social media to confirm his intention to "start a new chapter".

"After 23 years of strapping the helmet on I feel like it’s time to finally call it a day," he wrote on Instagram.

"I never would have predicted my racing career to be so short and it’s not a decision that I’ve taken lightly but it is what it is.

"I got further than I could have ever imagined I would & I can’t thank everyone enough that has been a part of the journey. Time to start a new chapter."