Long-time team owner Kim Jones has called time on his stint in Supercars.

Jones and brother Brad have been working together for four decades, their Brad Jones Racing squad coming through AUSCAR and Super Touring before a long stint in Supercars.

While Brad has largely been the team's figurehead, first as a driver and then as the team boss, Kim has spent much of his career managing the squad's commercial dealings and sponsorship programmes.

Having scaled back his involvement in recent years, Kim has now decided to fully retire from racing, with Brad to become to the sole team owner.

“Firstly, I would like to thank my wife and family for their ongoing support," said Kim Jones.

"At times it’s been very tough especially in the early days. There is no doubt that there has been many interesting and memorable times as well.

“It’s great that lots of people we have met through racing over the years have become good friends. The same goes for staff, who without them we would never have had the success we’ve had.

“Working with your brother for so many years has had its challenges but at the end of the day we made a great team and we have achieved far more than we could have ever imagined when we started.

“There have been lots of stages in my life so far. Racing has been one of them and I’m looking forward to the next one relaxing and enjoying life.

“I would like to thank everyone for their support over the years and wish the team and Brad much success into the future.”

Brad Jones added: “Kim has been semi-retired now for a number of years but it’s still a weird feeling coming into work and not having him around.

“We’re in different stages of our life and he’s looking to slow down, which I respect. I’m very proud of the things that we’ve achieved together in motorsport, the championships we’ve won, the relationships with people we’ve developed and the partnerships that we have formed.

“When I reflect back to the start, it was only Kim and I with a couple of friends helping. We had an old green panel van to tow our race car on a borrowed trailer, with very little money from a sponsor our father secured to get the job done.

"I always felt it was Kim and I against the world. The first seven Australian championships we won like that, just the two of us. For many years we were an almost unbeatable combination at everything we raced.

“I look around at what we have built together and can’t help but think of how proud our father would be.”

The squad then joined Supercars in 2000, and has since competed in 642 races, winning 14 of them and taking 17 poles and 67 podiums along the way.

There have also been titles in the second- and third-tier Super2 and Super3 series.

The family involvement has extended beyond Brad and Kim, too, with Kim's son Andy Jones driving for the team in 2007 and 2008, while Brad's son Macauley Jones has been racing a BJR Holden in Supercars since 2019. 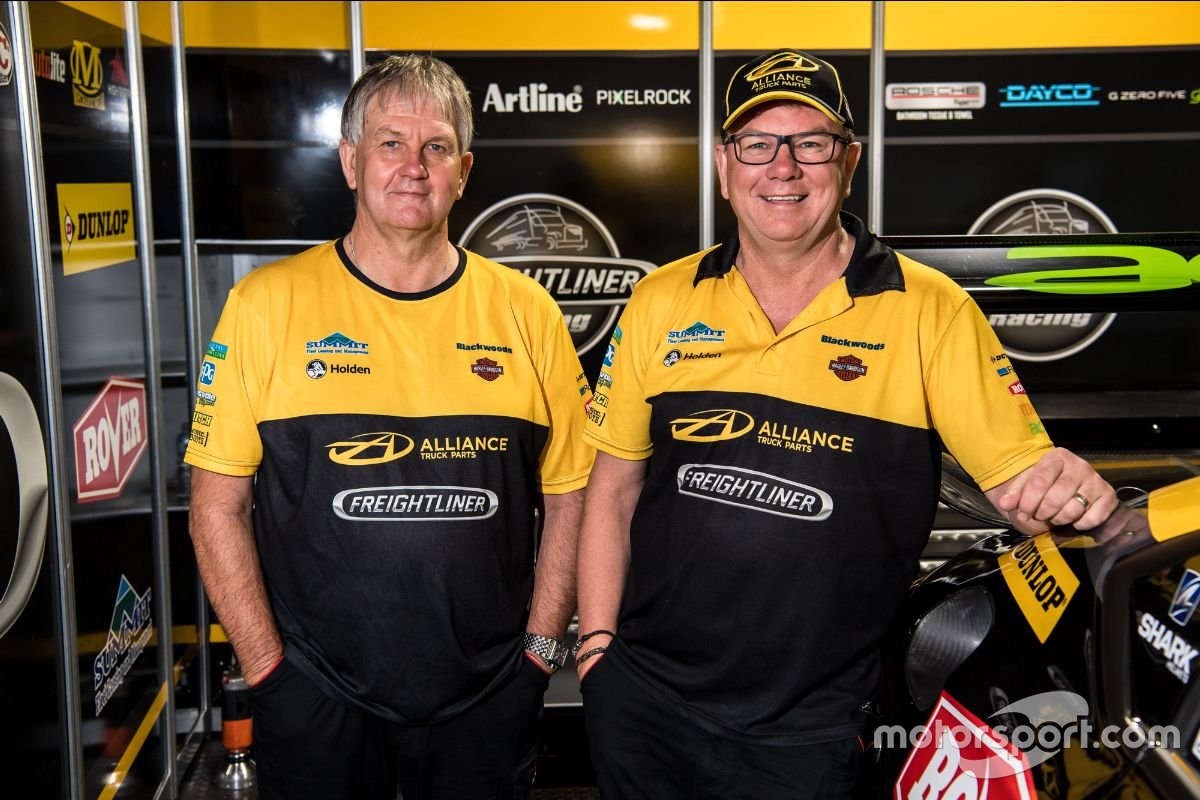 The LMP2 prototype class is looking increasingly likely to be dropped from the FIA World Endurance Championship for 2024 as the Hypercar category grows.

The FIA believes there is “no doubt” it did the right thing by changing Formula 1’s floor rules for 2023 to combat porpoising.

Max Verstappen says his focus will be on “mainly endurance” racing once his Formula 1 career has finished, competing in something to “have a bit more fun with less pressure.”