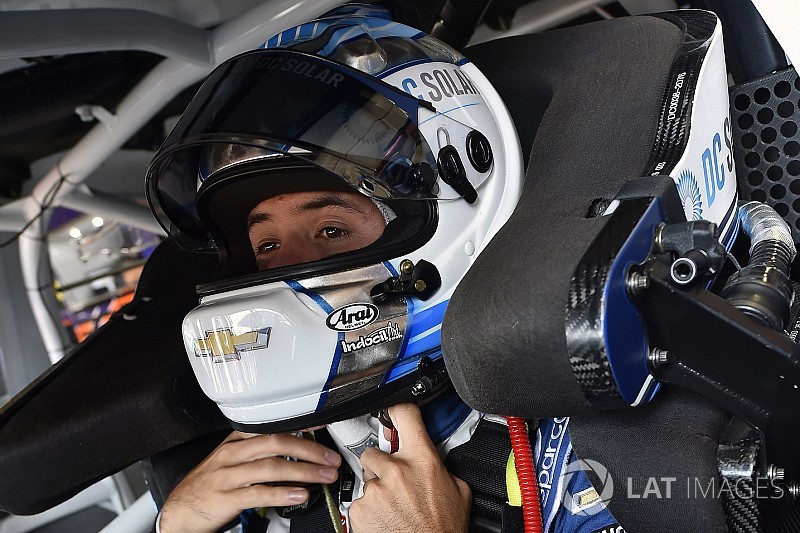 Larson ended up fastest in all three rounds of Friday’s knockout qualifying, using an average lap speed of 127.792 mph to win the pole for Saturday night’s Bass Pro Shops 500.

The pole is his third of the year, seventh of his career and first at Bristol. Larson started first in the 2017 spring race at Bristol but the field was set by owner points when qualifying was rained out.

"It's always good to qualify well but this is my favorite race track so it's nice to start out front and hopefully we can lead a lot of laps tomorrow and finally close on of these things out," Larson said.

Larson’s previous best finish at Bristol in nine starts was second in this year’s spring race.

"You have to be really close to perfect, if not perfect here," Elliott said. It's so hard to be good for 500 laps, but that's what it takes. I really wanted that first pit box, that makes such a huge difference here. If there's any place that makes a difference, it's here."

Larson was the first car on the track in the second round but didn’t begin his lap until just under four minutes remained in the session.

Also advancing to the final round were Elliott, Kurt Busch, Harvick, Blaney, Byron, Almirola and Stenhouse.

“I lost all kinds of grip with the right front,” Stenhouse said over his team radio following his run.

Among those who failed to advance were Jimmie Johnson, Clint Bowyer, Erik Jones, Martin Truex Jr., Joey Logano and Alex Bowman, who tagged the wall during his qualifying run.

“We were really fast in the first round and it just didn’t transfer over to the second round,” Jones said. “We’ll have some cars to pass tomorrow night. We’ll work from behind but I think we’ll be fine.”

Larson set a blistering pace in the first round and his average lap speed of 127.946 mph was the fastest lap run so far on Friday.

Rounding out the Top 10 were Johnson, Jones, McMurray, Hamlin and Bayne.

Among those who failed to advance to Round 2 were A.J. Allmendinger, Chris Buescher, Kasey Kahne, Darrell Wallace Jr. and Ty Dillon.

“It was good on the bottom and we were able to run some good laps up top. We’ll get some speed going and get some momentum and try to keep moving forward,” Buescher said.

“We have something I feel like we can move around. The PJ1 ran out real quickly. Just trying to figure out how to get more qualifying speed. I think our race speed is good.”

Most of the cars waited until there was just over seven minutes left in the 15-minute first round before they ventured out on the track to make their qualifying runs.