Kyle Busch: Daytona 500 "last trophy to check off the box"

Kyle Busch has won 59 times in the NASCAR Cup Series and he’d love for his next victory to be one of the biggest of his career.

In addition to his two Cup Series championships, Busch has 102 career wins in the Xfinity Series and 61 in Trucks but his list of accomplishments has a glaring omission – he’s still seeking his first Daytona 500 victory.

Could the introduction of the Cup Series’ revolutionary Next Generation race car open the door for Busch’s first 500 win this season?

“I don’t know if this this is the year or not, but we’ll all have to find out together. It’s been a long time, obviously. I’ve been doing it for quite a while,” Busch, 36, said. “It’s the last trophy to check off the box.

“I’ve certainly been close a few times and have been way far away at other times. I feel like the superspeedway thing has not been my knack over the last few years for whatever reason. I’ve been trying to learn on it and watch film and getting better at it in those situations.”

If he needed added motivation, 2022 will also be the final year M&M’s serves as the primary sponsor of Busch’s No. 18 Toyota at Joe Gibbs Racing – a sponsorship relationship he has enjoyed since joining JGR in 2008.

“You can be leading going down the backstretch and have someone drill you from behind and crash you, so it’s never over till it’s over and you can get to the finish line and finally put our M&M’S Camry in Victory Lane there,” he said.

“Our friends at M&M’S have also been trying for years and I’m also hoping we can get it done for them, as well as for myself.”

A lot to learn in a short span of time

Busch said there will be a lot to learn for himself and every driver once the Cup cars hit the track at Daytona International Speedway on Tuesday for the first day of practice.

Several teams also got two days of track in early January as NASCAR tested the superspeedway aero package it planned to use this season. At the superspeedways of Daytona and Talladega (and Atlanta), Cup teams will run 510 horsepower and a 7-inch spoiler.

Busch said he plans to temper his expectations on what to expect from the Next Gen car at Daytona until Sunday’s race, which he feels will be the car’s true test.

“You get a chance to practice and a chance to run it in the Duel races, so you get to get your feet wet a bit to understand how it does in the draft,” he said. “Until you get in a pack of 40, cars you really aren’t going to have a whole understanding of what it takes and what its limitations are. 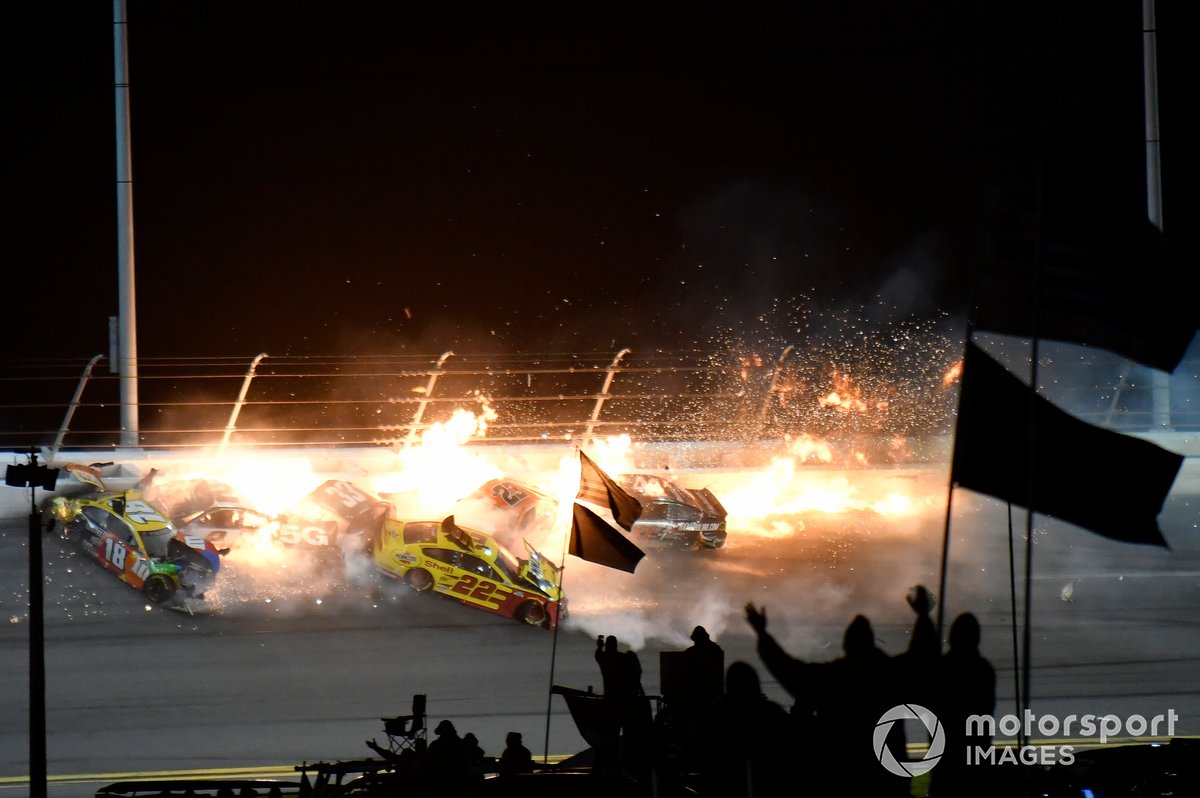 Kicking off the 2022 season with the first win in the Next Gen car as well winning his first Daytona 500 would certainly mark another notable milestone in the Las Vegas native’s career.

“Winning the Daytona 500 would be huge,” he said. “The Daytona 500 is one that has eluded me, and many others for that matter. I would certainly like to think I could get that race checked off my list before it’s all said and done, and to also be known as a Daytona 500 champion in addition to my championships and other race wins.”

Asked why a victory in the 500 has been so difficult to secure, Busch said, “Because everybody else wants to win it and it’s on all their bucket lists and, of course, it’s a race that 40 people have a chance to go out there and win.