Maverick Vinales admits Yamaha will “suffer” if it gets stuck in the pack at the start of the MotoGP Qatar Grand Prix.

With an engine development freeze carrying over into the start of 2021 for all but Aprilia and KTM, Yamaha’s power deficit to its rivals – and Ducati in particular – remains substantial.

This is accentuated in Qatar owing to Losail’s one kilometre long main straight, with the fastest Ducati clocking 354km/h during Friday practice, while Vinales’ top speed was 346.1km/h. This, coupled with the M1’s struggles in pack races, forced Vinales to focus much of his pre-season work on race starts – something he continued to work to improve on Friday.

The M1 has also tended to struggle when riding on Dunlop rubber laid by the Moto2 class.

When asked by Motorsport.com if the 2021 bike had cured this, Vinales claimed it is too soon to tell – but was encouraged by his pace in low grip conditions on Friday and is confident of being able to improve his package on Saturday.

“I don’t know, it’s too soon to understand if [grip] problems are gone or not because we are only going to see it on the race,” he said. “For sure it’s not the best track to see because if we get stuck at the start, we’re going to suffer a lot to fight back. 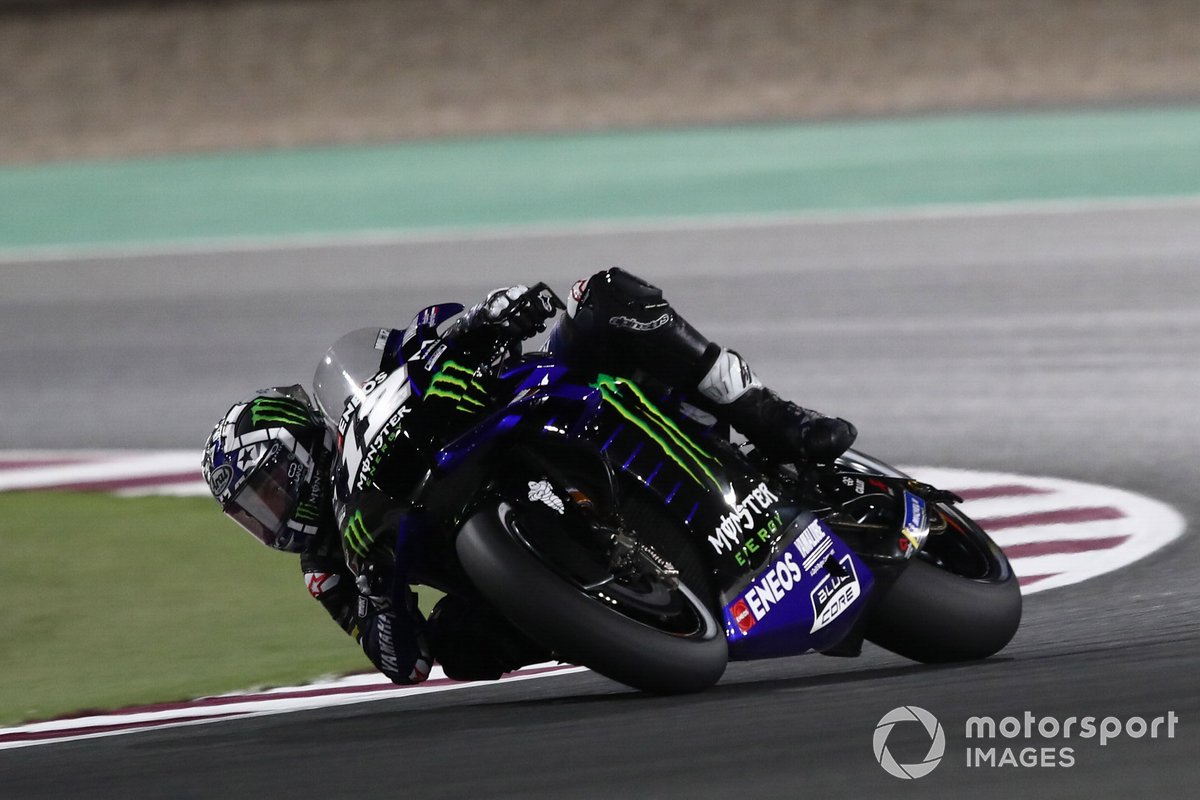 “But we are working on that. Sure, tomorrow I need to make an improvement on brakes that can give me a little bit extra to overtake, but overall I know the track, I feel I have a few places where I can overtake – especially in section three where we are quite fast.

“For tomorrow we need to improve a little bit the balance of the bike. For sure, we will improve. Today was just low grip and the times were there, so it’s quite nice.”

Vinales also felt he has improved his race starts, but feels he still has to make another step before Sunday.

Teammate Quartararo revealed he was struggling to be fast in the final sector of the Losail circuit, admitting he can’t use the Yamaha’s famed corner speed effectively.

“I needed to really ride strongly today because the conditions were not like the test,” he said. “For me, the last sector was strange, because last time in the test, I was really fast.

“And compared to the test, and today, we lose a lot, we can't really carry speed and make a good exit, we need to make the same style of the red bikes [Ducati]. And we don't have this power and the top speed, so we lose a quarter of a second in the last sector.