Aprilia CEO Massimo Rivola says Maverick Vinales’ 2022 signing is “the biggest opportunity” in Aprilia’s history, but doesn’t want to rush him into a MotoGP race outing too soon.

Vinales will join the Italian marque for 2022 having requested back in June for his contract with Yamaha to be terminated at the end of this season.

After trying to deliberately damage his bike's engine in the Styrian GP, which led to his suspension from the Austrian GP, Yamaha formally parted ways with Vinales last week.

On Thursday, Aprilia announced it would field Vinales in a two-day test at Misano next weekend and is known to be working hard to get him on the grid as soon as possible.

But, speaking to the MotoGP world feed during FP1 for the British GP on Friday, Rivola says it's important Vinales gets comfortable within the team before any decision on him racing in 2021 is taken.

"Yeah, it is a big opportunity because in fact the test we do next is just for that purpose," Rivola said when asked about Vinales' test.

"The sooner we put him on the bike, the better it is for next year.

"For sure [after] the test we will decide what to do, but obviously having him on the bike racing would be a further step.

"But at the same time, we don't want to rush too much, we need him to be comfortable, so the test is quite important." 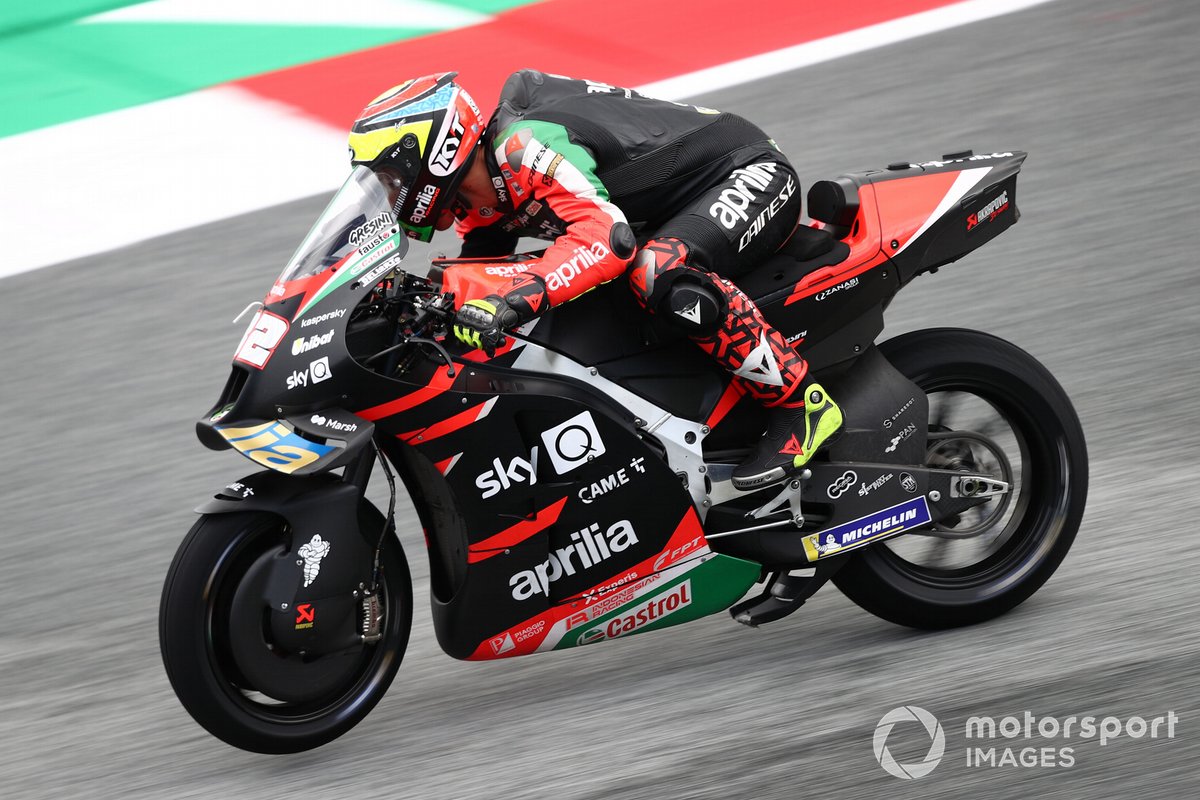 Vinales will take Lorenzo Savadori's place at Aprilia next season, but Rivola praised the job the rookie has done coming from a Superbike background.

Rivola was also keen to state the significance of Vinales' signing to the team for 2022, whom he believes is one of the top talents in the MotoGP paddock currently.

"For us it's a fantastic opportunity, I rate Maverick as one of the very best, maybe even the best talent in the paddock," Rivola added.

"So, I'm looking forward. I'm really curious to see him on the bike, all the teammates of Aleix [Espargaro] have had a difficult time.

"I have to say Lorenzo is doing a good job so far because he's coming from a totally different world and he's growing race by race.

"So, if we have this opportunity, it's not against Lorenzo but in favour of Maverick.

"Everyone in Noale is excited, it's the biggest opportunity of the history of Aprilia, and even more than being a friend of Aleix, I think it can be a very good combination."