Gavin: Every GTE Pro car has a chance to win Le Mans 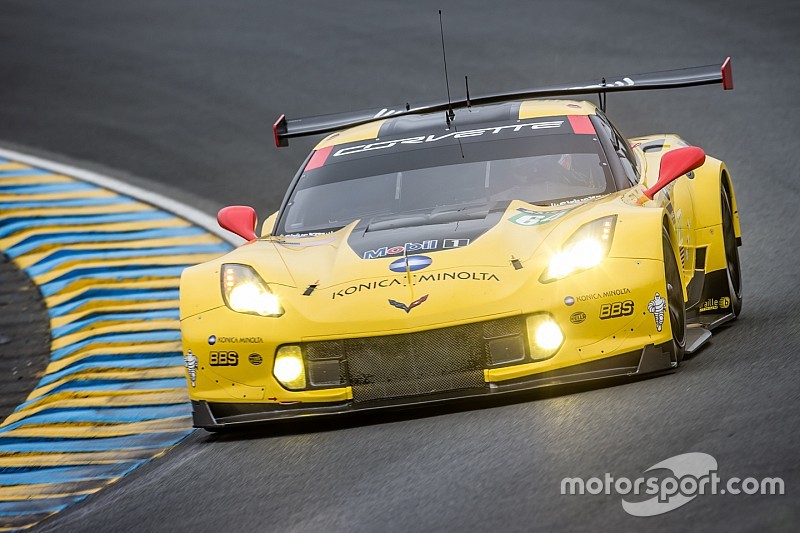 Corvette driver Oliver Gavin says that the GTE Pro class in this year’s Le Mans 24 Hours is so competitive that any one of the 14 entries could end up winning.

As well as Corvette’s pair of works C7.R machines, the Pro division of the GTE class at La Sarthe features a trio of works Ferrari 488 Italias, three Porsche 911 RSRs, two factory Aston Martin Vantages and a quartet of Ford GTs.

And Gavin reckons any one of the 14 cars entered in the category can be considered a realistic contender to stand on the top step of the podium.

“You could say every single car has a good chance of winning in our class, there’s no weak link anywhere,” Gavin told Motorsport.com.

"It’s daunting – one slip and all of a sudden you could be 12th, and then getting back to the front will be extremely difficult.

“The pace will be ferocious, but someone will have a perfect race – and they will be the people that win. You can’t pick out who that is going to be.”

Gavin did however say that he expects Ferrari, which dominated the opening rounds of the WEC season at Silverstone at Spa, to be quickest based on raw pace alone.

“If you asked me who the favourite is, I’d have no idea,” he said. “Who’s the fastest? Most probably Ferrari, then most probably Ford, then us.”

Beating Ford would be “marvellous”

Gavin’s Corvette teammate Jan Magnussen has accused Ford of sandbagging in order to obtain performance breaks, with the Blue Oval having had another five kilos deducted from its base weight since the official test day.

Asked for his thoughts on the changes, which also include the C7.R having its air restrictor reduced in diameter by 0.3mm, Gavin said the best possible response would be for Corvette to upstage its fellow American brand and take back-to-back class wins.

“It’s frustrating changes have been made this late,” said the Briton. “Obviously you never want anything taken away from your team.

“But we just have to get on with it, focus on what we can influence, and do exactly what we did last year, when we executed perfectly and we won.

“I think the best thing that could possibly happen is if we beat Ford. That would be a marvellous result, although I’m sure Ford want to beat us as well.

“There’s a big rivalry between us – the bosses at both Ford and GM are going be looking at it the same, saying we want the bragging rights.

“Having four cars gives them the edge on numbers, but we proved last year we only need one car.”