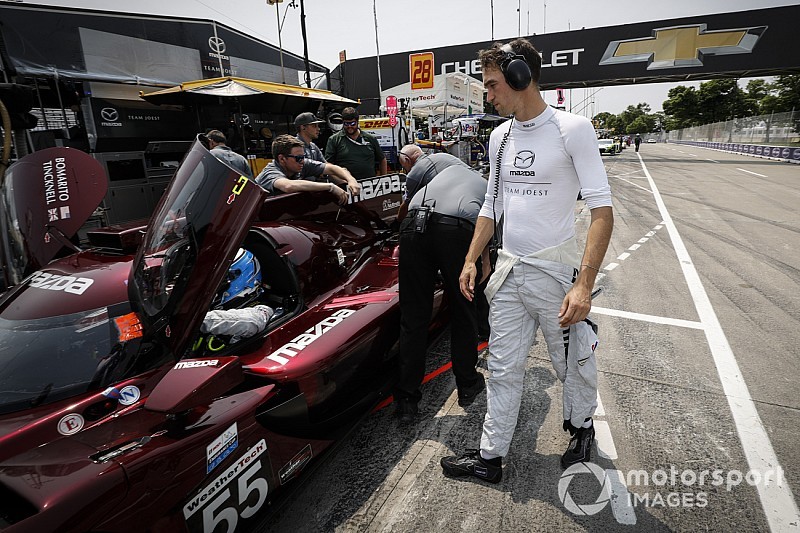 Audibly carrying more throttle than any of his Prototype rivals through Turn 8 of the 14-turn course, the Briton initially struggled to find a clear lap among the GT Daytona runners.

However, following a brief red flag to retrieve the #84 JDC Miller Cadillac that had been struck by electrical issues on track, Tincknell had a clear lap and absolutely nailed it.

The #55 Mazda, qualified by his co-driver Jonathan Bomarito, will roll off third for this afternoon’s race, behind the two Acuras, of Dane Cameron/Juan Pablo Montoya and Castroneves/Ricky Taylor, which were third and second fastest respectively in this morning’s 20-minute session.

Mario Farnbacher headed the GT Daytona field in the Acura NSX of Meyer Shank Racing with his teammate Katherine Legge in fourth. Between them lay Paul Miller Racing’s Lamborghini Huracan steered by Bryan Sellers and the Scuderia Corsa Ferrari 488 of Toni Vilander.