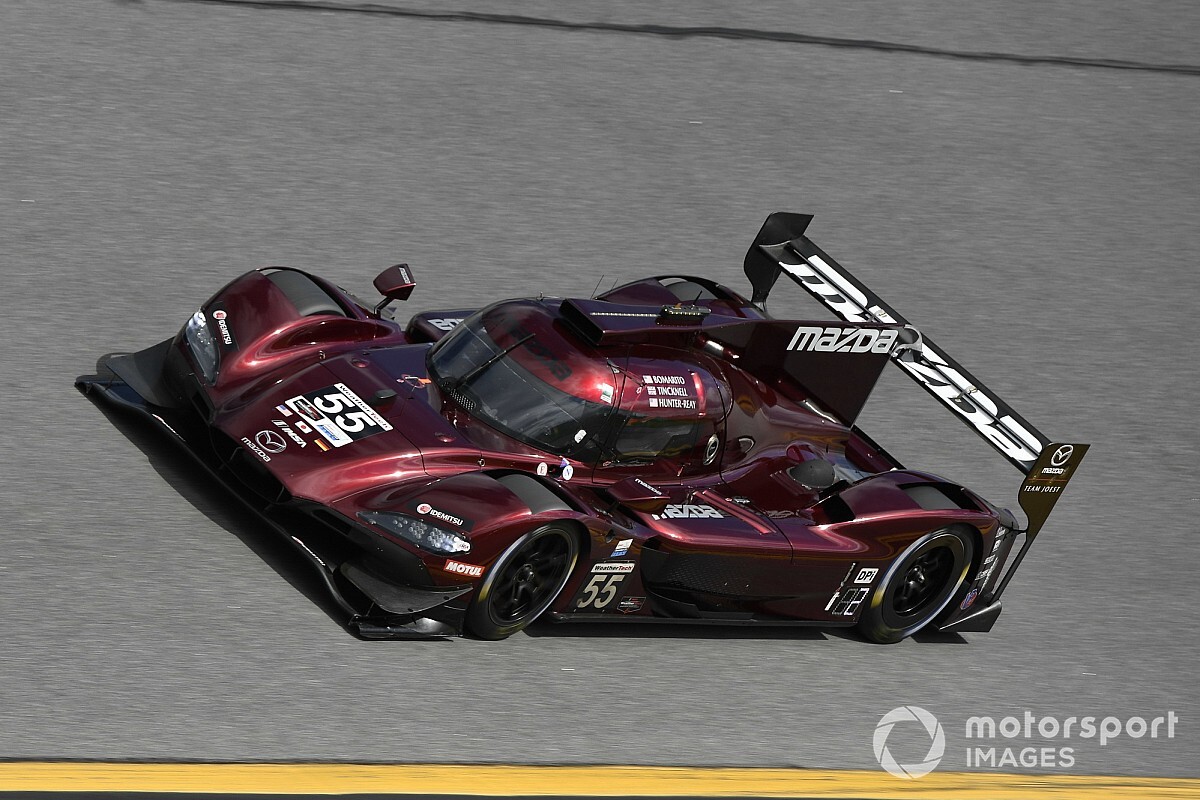 Mazda Team Joest continued to dominate the times in the Roar Before the Rolex 24 test at Daytona International Speedway, as Harry Tincknell set the quickest time in Saturday morning's third session.

Tincknell's best effort in the #55 Mazda RT24-P of 1m35.679s, set around 25 minutes into the one-hour session, marginally eclipsed the Friday benchmark set by Olivier Pla.

Felipe Nasr jumped up to fourth in the final minutes of the session in the #31 Action Express Cadillac with a 1m36.383s, beating Renger van der Zande in the #10 Wayne Taylor Racing car and the best of the Team Penske-run Acura ARX-05s driven by Juan Pablo Montoya.

DragonSpeed comfortably led the LMP2 field thanks to Colin Braun's time of 1m38.205s in the team's Oreca 07-Gibson, a massive 1.2s up on his nearest rival, Gabriel Aubry in the solo PR1/Mathiasen Motorsports entry.

BMW led the way in GT Le Mans as Connor de Philippi set the early pace of 1m44.142s in the #25 M8 GTE, which was slightly faster than stablemate Colton Herta managed on Friday.

The two factory Porsche 911 RSR-19s were next up, Mathieu Jaminet putting the #912 car less than a tenth off the pace and ahead of the sister entry driven by Nick Tandy, followed by James Calado in the Petit Le Mans-winning Risi Competizione Ferrari 488 GTE.

Corvette Racing's pair of C8.Rs brought up the rear of the class, Antonio Garcia ending up eight tenths off the pace in the quicker of the two mid-engined machines.

Lamborghini was brand to beat in GT Daytona, as the #11 Grasser Racing Huracan GT3 Evo led the way courtesy of Albert Costa's time of 1m47.084s.

Gallery: Cars on track for the Roar Before the 24