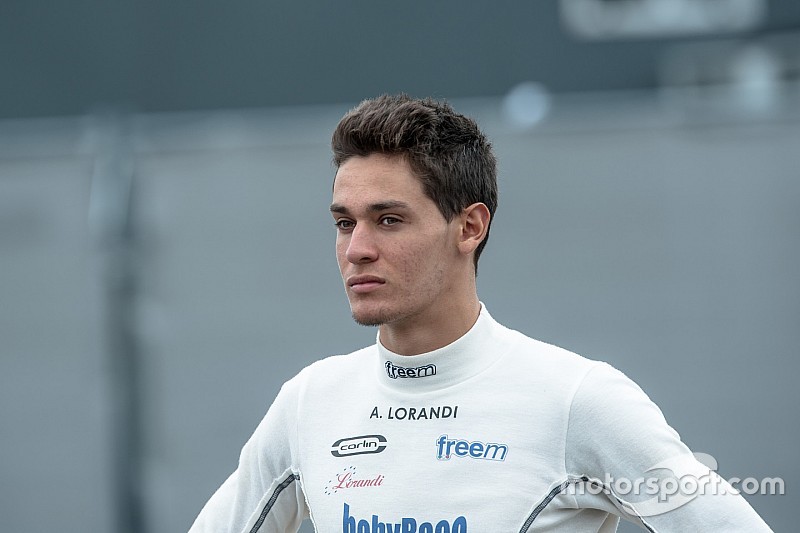 Formula 3 driver Alessio Lorandi will join the GP3 Series for the two remaining rounds of the 2016 season.

Lorandi, 18, will partner up with Swiss team Jenzer at Sepang on October 1-2 and at Yas Marina at November 26-27.

The Italian had been a regular fixture of the European F3 paddock for the last year and a half, joining the series straight out of karting in 2015.

After a learning season with Van Amersfoort, he spearheaded Carlin's 2016 challenge, taking a maiden win at Pau, but eventually called time on his campaign after seven rounds.

"It’s relieving for me to be back behind the wheel of a race car after the early end of my FIA F3 experience," Lorandi said. "I thank Andreas Jenzer for his enthusiasm and for the trust he placed in me by lining-up a third car for the two final rounds of the GP3 Series.

"It is a really interesting and competitive series featuring some of my previous Formula 3 contenders like [Charles] Leclerc, [Jake] Dennis and [Alex] Albon. In addition, the same team fields my 2015 teammate [Arjun] Maini."

The 2016 GP3 campaign has been a season of mixed fortunes for Jenzer, the Swiss team fielding only two cars at three of the seven rounds so far, but also scoring two podiums with Oscar Tunjo and the aforementioned Arjun Maini.

"We are pleased to have a race winner from the FIA F3 Euro series in our team," said team boss Andreas Jenzer. "Alessio has done the maximum preparation possible in the simulator and with our engineers, and we are looking forward to seeing him in our car."

Insight: how the young pretenders to 2017 F1 race seats qualify for super licences