Toto Wolff will not look to use George Russell’s display for Mercedes in this weekend’s Sakhir Grand Prix to influence talks with Lewis Hamilton over a new Formula 1 contract. 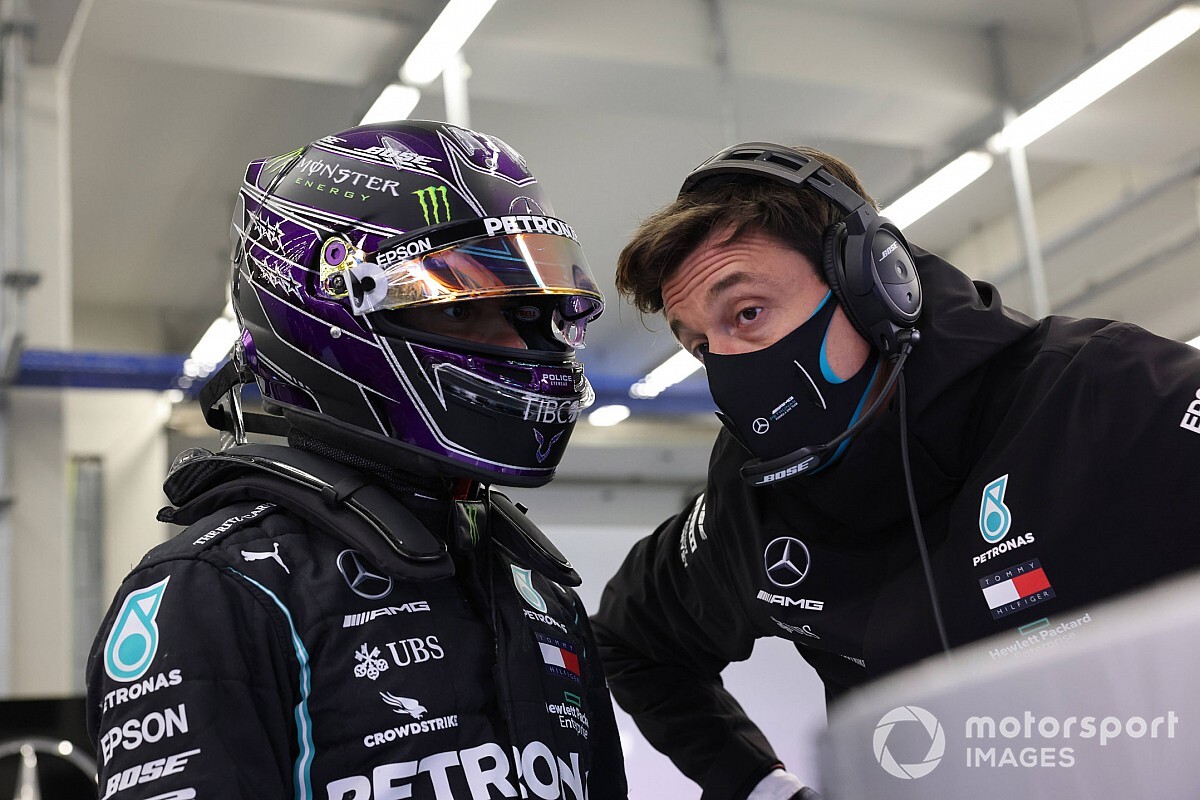 Russell will make his Mercedes debut in Bahrain this weekend after being drafted in by his parent team from Williams to replace Hamilton, who was ruled out after testing positive for COVID-19.

Russell led both practice sessions at the Bahrain International Circuit on Friday, but was quick to downplay his times on his first outing in the Mercedes W11 car, calling them “deceiving”.

It comes at a time when Mercedes is looking to agree a new contract with seven-time world champion Hamilton, whose existing deal expires at the end of the season.

Red Bull team principal Christian Horner backed Russell to “make great use” of the opportunity with Mercedes, feeling it would benchmark him against Valtteri Bottas and potentially have an impact on talks with Hamilton.

“I’m sure Toto’s looking to use it to perhaps negotiate Lewis’s contract in some way, shape or form,” said Horner.

“It will be fascinating to see how it plays out but it’s great to see another youngster getting that chance and opportunity.”

But Wolff rejected the suggestion a good performance by Russell could be used to bring down the value of Hamilton’s contract.

“We’ve discussed having George in the car, we know what we have with Lewis, and we know what he has with the team,” Wolff said.

“Such a situation would never be utilised as some kind of bargaining power, neither by him nor by us.

“It could go in both directions, and I respect very much who he is, how he drives, and his records.

“Whatever happens this weekend or next has no influence on our talks.”

Wolff said on Friday that Hamilton was “not feeling great” as he battled mild COVID-19 symptoms during self-isolation in Bahrain.

The Mercedes F1 chief said last week they were taking “baby steps” in talks over a new contract, recognising the need to agree a deal soon, but confirmed they would now wait for Hamilton to recover before continuing negotiations.

“The timeline is being pushed back until he recovers,” Wolff said. “We know that we need to get it done, pretty well aware both of us.

“The priority now is him getting back on his feet and being back negative, and then we will meet or Zoom in order to put pen to paper.”