Lance Stroll believes it will be “a big ask” to win the Turkish Grand Prix for Racing Point despite scoring his first Formula 1 pole on Saturday. 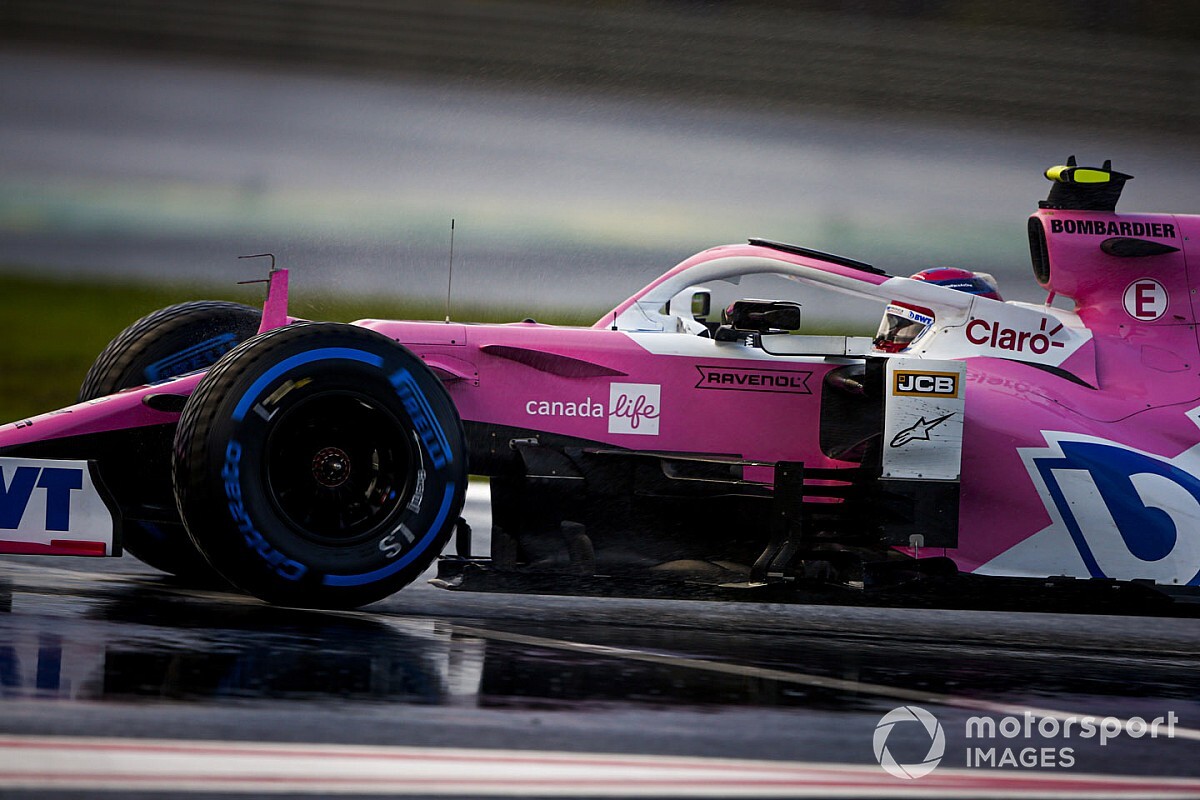 Stroll capitalised on heavy rain and low grip conditions on the new surface at Istanbul Park to score his maiden F1 pole, edging out Red Bull’s Max Verstappen by two-tenths of a second in Q3.

Stroll said after qualifying he was “shocked” by the result following struggles through practice as he became the fifth-youngest pole-sitter in F1 history.

But the Canadian downplayed talk of a potential first F1 victory when speaking after qualifying, believing it would be a huge challenge for Racing Point to maintain its advantage.

“I heard maybe there was a chance of rain at the start of the race, so we’ll see what happens. That could mix things up.

“I’ll deal with that in a couple of hours. I’ll let this sink in. I’m going to enjoy the moment for sure.

“It’s a very special moment for me, [my] first pole position in Formula 1. We’re going to digest that for a couple of hours, and then focus on the race.”

Sunday will mark Stroll’s second appearance on the front row of an F1 grid, having starting second for the 2017 Italian Grand Prix after again impressing in a wet qualifying session.

Racing Point team boss Otmar Szafnauer said the result in Turkey was not down to luck, but instead the result of a “well-judged” session by Stroll.

Stroll has scored two F1 podiums to date, finishing third in the 2017 Azerbaijan Grand Prix and at this year’s Italian Grand Prix.

He has not scored any points since his appearance on the podium at Monza this year, and admitted earlier this week he had struggled through a “rough patch”.

Stroll was joined towards the front of the grid by teammate Sergio Perez, who qualified third, giving the team a chance to rack up a big haul of points in the fight for third place in the constructors’ championship.

Racing Point currently sits fifth in the standings, but is just one point behind third-placed Renault and has the same score as McLaren.

McLaren team boss Andreas Seidl said Racing Point had the chance to “damage our ability to stay in the fight for P3” in Turkey.

“As I've said in previous weeks, we never had this year the third quickest car,” Seidl said.

“I still think there's a chance [to finish third] because we always have two drivers to be able to score good points to stay in this fight for P3.

“But obviously we depend a lot on what's happening tomorrow. We will not give up this fight, as long as we can stay in the points gap.”