Schumacher came out of retirement to join the relaunched works Mercedes project in 2010 and although his three-year stint with the team featured just one podium finish, Wolff said his contribution had been felt during Mercedes' subsequent run of F1 championship wins.

"Michael is one of the founding fathers of the success we have had in the last five years," said Wolff.

"There is no other driver like him and his vast experience contributed tremendously in the development of our team.

"He played a crucial role when we rejoined F1 and was one of the people who laid the foundation for our future success. We're extremely grateful for everything he did for us."

Wolff, who took over the leadership of the Mercedes team for the 2013 season just after Schumacher had been replaced by Lewis Hamilton, also reminisced about first meeting the German legend on a flight the previous year.

He recounted how Schumacher had challenged him to a game of backgammon and "he absolutely crushed me in the first two rounds because I was so star-struck", adding: "We ended up playing and talking for the entire flight. We had a really good and honest conversation and when we landed it felt like I had known him for much longer than I actually did."

Schumacher suffered severe head injuries in a skiing accident at the end of 2013 and has been undergoing treatment ever since.

His family issued an update earlier this week to coincide with the events to mark his 50th birthday.

"We want to remember and celebrate his victories, his records and his jubilation," said the statement.

"You can be sure that he is in the best of hands. Please understand if we are following Michael's wishes and keeping a sensitive subject as health, as it has always been, in privacy.

"At the same time we say thank you very much for your friendship and wish you a healthy and happy year 2019." 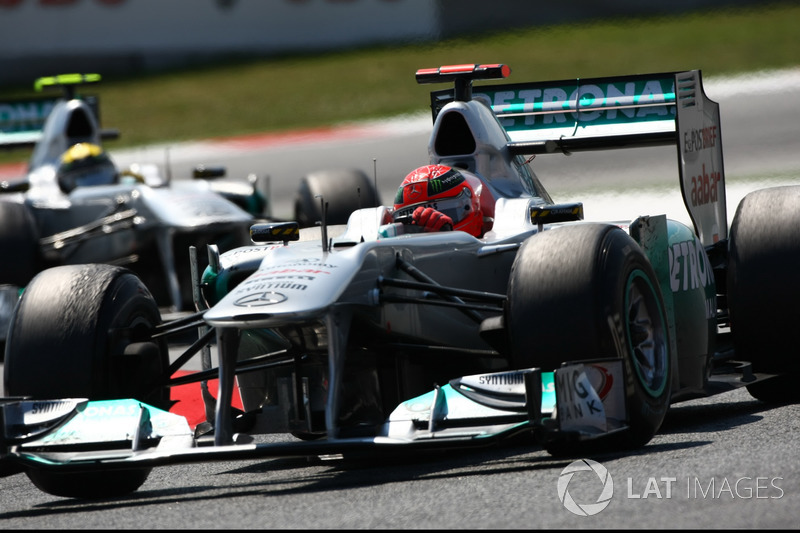