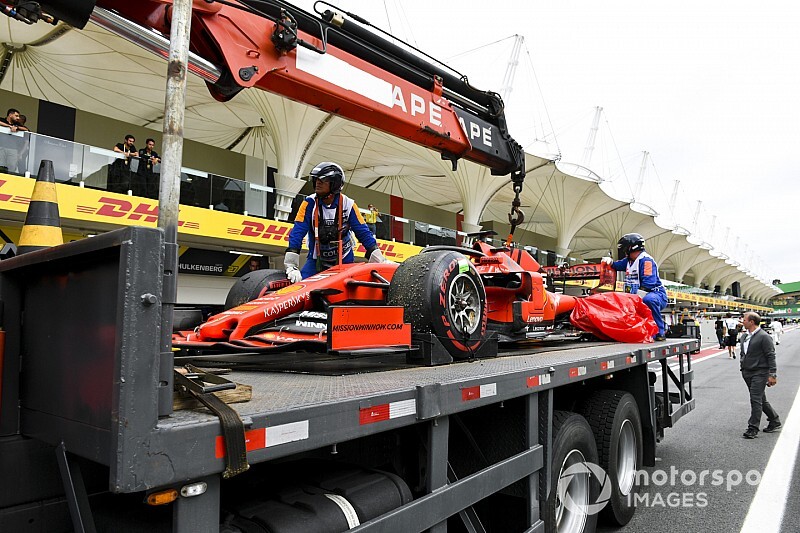 The Brazilian Grand Prix stewards have ruled that neither Charles Leclerc nor Sebastian Vettel was "predominantly to blame" for the collision between the Ferrari Formula 1 teammates.

Vettel was repassing Leclerc for fourth during their late-race battle at Interlagos when they made contact on the straight approaching the Descida do Lago.

Both retired as a result of damage from the incident, and they were summoned to the stewards shortly after the race.

After discussing the collision with the two drivers and a team representative, the stewards decided no penalty was necessary.

"The stewards determined that both drivers had the opportunity avoid or mitigate the incident and therefore that neither driver is predominantly at fault," read the official verdict. "Therefore the stewards take no further action."

With both drivers having retired from the race, penalty points on their licences would have been the most likely option had the ruling been that a punishing was required.

Renault's Nico Hulkenberg did receive a penalty for overtaking the Haas of Kevin Magnussen for 16th before the startline during the first safety car restart.

Five seconds were added to Hulkenberg's race time, dropping him from 11th to 15th, and he also had one penalty point added to his licence.

The stewards noted that the positions were swiftly reversed because Magnussen repassed Hulkenberg at the first corner, but "determined that this was a regular pass and that car #27 [Hulkenberg] did not give way in a deliberate manner" so did not count this as handing the place back in atonement.